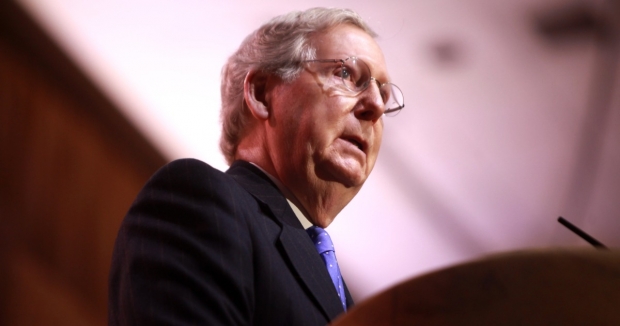 In the closing days of the 1964 presidential campaign, Ronald Reagan gave a nationally televised speech regarding his vision of conservatism called “A Time For Choosing”. More than half a century later, what remains of Reagan’s Republican Party has arrived at an equally and perhaps even more seminal crossroads in its history.

The question: “To Trump, or Not To Trump?”

More accurately, the question for Republicans at this critical juncture can be phrased as: “To Keep Trumping, or To Stop Trumping”. Because as the president prepares to leave office, the existential decision that the GOP faces is whether to continue as the nationalistic, populist and combative movement into which he transformed them over the past four years. Or alternatively, whether they should return to a more traditional brand of conservatism embodied by their pre-Trump presidential candidates and congressional leaders.

In the immediate aftermath of the November election, both the pro-Trump and pre-Trump factions of the party were preparing themselves for four years of scorched earth battle that would not be decided until the 2024 Republican presidential nominee was decided. But over the last two months, Trump’s increasingly erratic behavior in reaction to his defeat has raised the stakes of this fight. And the president’s conduct when his supporters gathered in Washington on January 6 has escalated that philosophical disagreement into a war for the soul of the party.

After inciting his supporters to riot and then ignoring pleas to calm them even as they stormed the U.S. Capitol, Trump has forced GOP voters, activists and elected officials to decide whether or not to continue to stand with him. Now that he has been impeached a second time, the results are far from conclusive.

The two major blocs within the Republican Party are headed by their two most prominent and influential congressional leaders. Senator Mitch McConnell has clearly had enough of Trump and wants to relegate him to the GOP’s past. McConnell has been reported as saying that he was “pleased” with the impeachment and has said publicly that he is undecided as to whether he will vote to convict Trump when the Senate makes its decision. Representative Kevin McCarthy has taken the opposite path, condemning the president for his public remarks but arguing against the impeachment.

Both of these men are taking the opposite sides of a huge gamble. McConnell understands that the Republicans’ largest corporate donors – and millions of swing voters — will not associate with a party that still bears Trump’s imprint. McCarthy recognizes that Trump’s most loyal grassroots supporters will turn against GOP politicians who try to distance themselves from the soon-to-be former president. Both are correct, but they disagree vehemently on which of the two options is less damaging.

Recent public opinion polling underscores the Republican dilemma. More party members identify themselves as “traditional Republicans” than “Trump Republicans”, but the latter group is much more unified, far more motivated – and eager to seek revenge on behalf of their fallen hero.

This will all come to a head in the next few weeks, when the Senate votes on whether to convict Trump. The new 50-50 split in that body means that 17 Republicans would need to vote for Trump’s conviction to reach the necessary two-thirds threshold. A handful of GOP Senators have indicated that they are open to such a vote, but McConnell is the key to the outcome. If he were to vote for conviction, it’s easy to see another dozen or so of his colleagues following suit. This would mollify donors and swing voters, but enrage Trump loyalists.

The opposite dynamic would take hold if the conviction were unsuccessful: conservative grassroots activists would remain in the Republican fold and begin to seek a standard-bearer to lead the party into the next election (perhaps Trump himself), but at the cost of the GOP’s most reliable donors and large numbers of centrist voters who are necessary to win a general election.

There is no good answer. But McConnell must choose one path or the other. His decision will define the Republican Party for a generation – or perhaps split it in half.

Want to talk about this topic more? Join Dan for his weekly webinar “Politics In The Time of Coronavirus” on Tuesday mornings at 11 AM PST. You can register for it here. https://www.lawac.org/EventDetail/eventid/30823. Or read more of Dan’s writing at: www.danschnurpolitics.com.