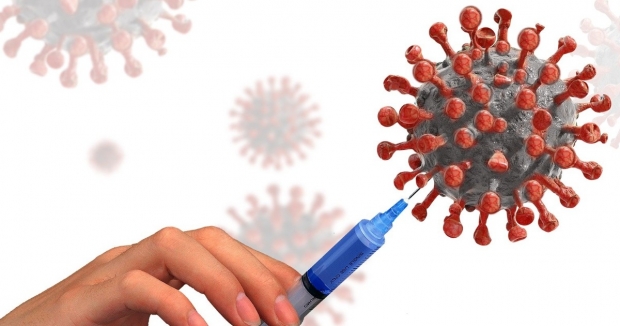 A View from the Center

Editor's Note: This viewpoint is from a writer rated Center. Learn what a Center rating means and get all sides of this topic by reading left-wing and right-wing views on the coronavirus vaccine.

I would like to see all those TikTok teen influencers who get in trouble at house parties get vaccinated in the videos they post. I would like to see police chiefs and Black Lives Matter leaders stand side by side to take the vaccine, and then hold their fists and bare arms to the sky together. I would like to see a covid version of the Ice Bucket Challenge in which people of all ages, backgrounds and ethnic and religious heritages post videos of their vaccinations.

(And I would really like to see Donald Trump and Bernie Sanders get vaccinated while standing next to each other, but I also recognize that there are limits to what we can realistically hope for.)

As the trucks began to roll out across the country with the first few million doses of COVID-19 vaccines, there is still widespread skepticism and potential resistance among those who say they will refuse the medication when it becomes available to them. For the next several weeks, distribution will be limited to health care workers, nursing home residents and staff, and other especially at-risk populations. But as we head further into 2021, the disturbingly large number of resistors who doubt the vaccine’s efficacy or desirability or necessity will present a tremendous health challenge – and ultimately a societal menace – to the rest of us.

The Trump administration is belatedly preparing a public education campaign to spread the word. Joe Biden has made it clear he will not wait until taking office before making efforts to raise awareness. But political leaders can reach only one small portion of the country. The type of cultural reorientation necessary to reach all corners of a hyper-polarized country will require a much broader outreach effort than any politician could hope to muster. The athletes and entertainers, business executives and union organizers, clergy and community leaders — every single one of us will be needed to reach into every corner of every neighborhood to convince the skeptics that rolling up their sleeves is the first critical step toward getting our world back to normal.

Throughout most of American history, we have come together in times of crisis. This year, not so much. We messed up testing and contact tracing. We often failed at masks and social distancing. We underreacted and overreacted, we blamed others and put ourselves at risk. Depending on our political or cultural orientation, we made excuses to protest or pray, forgiving those with whom we agreed and castigating those with whom we did not.

Now we might actually see a light emerging at the end of a long, deep, dark tunnel. Can we get the vaccination right, at the very least? Maybe. But if this is going to work, it will require a level of unity, cohesion and cooperation which we have not displayed in many, many years.

Which means that the Kardashians get their vaccinations on streaming video, except for Kanye West who should get vaccinated with Taylor Swift. I want to see country singers and hip hop artists who I have never heard of get their vaccinations. Chris Cuomo and Sean Hannity and Rachel Maddow and Rush Limbaugh should get vaccinated together, with Jenna Ellis and Adam Schiff and Ilhan Omar and Lindsay Graham. Jimmy Kimmel and Matt Damon can get vaccinated together, and then Steven Colbert and Dave Chappelle and PewDiePie. I want to see Chuck Schumer and Amy Schumer, and Lionel Messi and Venus Williams. And the boy from JoJo Rabbit and the girl from The Queen’s Gambit.

And I hope, when the time comes, that you do too. So here’s to a healthier and happier 2021 than the year we are about to finally and mercifully conclude.

Want to talk about this topic more? Join Dan for his weekly webinar “Politics In The Time of Coronavirus” on Thursday mornings at 11 AM PST. You can register for it here. https://www.lawac.org/EventDetail/eventid/30812. Or read more of Dan’s writing at: www.danschnurpolitics.com.