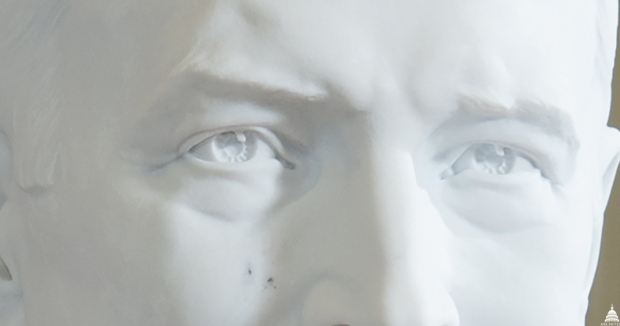 When Joe Biden used the occasion of the one-year anniversary of the January 6 Capitol riots to harshly criticize Donald Trump, the president’s condemnation of his predecessor reflected a growing belief – and growing anger – among Democrats that damaging Trump was essential for the preservation of democracy. Biden went after Trump in unusually personal terms, attacking the former president for his role in fomenting the violence at the Capitol one year ago along with his ongoing efforts to either overturn or undermine the results of the 2000 presidential election.

Biden and his fellow Democrats have made it clear that they will do almost anything to prevent Trump’s return to the White House in 2024. They have declared war on his allies’ plans for passing stricter voting laws in key swing states and they have sounded the alarm about his followers who are running for state and local election administration positions. And they have prioritized the passage of voting reform legislation as their most urgent goal, supplanting Biden’s prized but battered social spending and climate change bill.

But a few hours after Biden concluded his January 6 remarks, a potentially uncomfortable challenge to the Democrats’ anti-Trump commitment emerged at the Capitol. Back in the years before Trump emerged on the political landscape, Dick Cheney had long been the most frequent conservative villain for most Democrats. Cheney’s hard-line positions on energy, abortion, the environment, his unapologetic advocacy for the Bush Administration’s war on terror and his role as the chief architect of U.S. wars in Iraq and Afghanistan.

Now, more than a dozen years after Cheney left office, the landscape is dramatically different. His daughter Liz has become one of the few lonely Republican voices on Capitol Hill to continue to speak out against Trump’s conduct last January 6 and the post-election period. She has been removed from her position in the GOP House leadership, she is facing a Trump-backed opponent in her re-election campaign, and she has become the subject of almost non-stop invective and attack from the former president and his supporters.

Yet, as Elizabeth Warren might say, she has persisted. Liz Cheney is the vice chair of the House Select Committee investigating the January 6 attack and has used that platform to upbraid Trump for what she calls his illegal and unconstitutional behavior. She was the only Republican member of Congress to attend the anniversary ceremonies on Thursday, and she was joined at that otherwise all-Democratic event by her father, the same Dick Cheney who those same Democrats have pointed to as the personification of all things evil for the better part of the last two decades.

But there was Dick Cheney, clasping hands with Nancy Pelosi, talking earnestly with Adam Schiff and being greeted and welcomed by another dozen or so of his long-time nemeses. Both Cheneys are just as uncompromising in their conservative beliefs as ever, on almost every domestic policy, foreign affairs and national security matters that have motivated fervent Democratic opposition throughout their careers. But the father and daughter’s willingness to stand up to Trump seems to have made them a large number of new friends.

Let’s not get carried away. Thursday’s program was the commemoration of one of the most tragic days in American history, and the Cheneys’ presence provided Democratic congressional leadership with just enough of a fig leaf to claim bipartisanship for the ceremony. But Pelosi, Schiff and their colleagues have argued for years that Trump’s excesses represent a much more dire threat to democracy than typical partisan disagreements and that the former president must be stopped by any legal means possible. The problem for them is that the nation is almost equally divided between the two parties, which means that their chances of vanquishing Trump would improve greatly if it were done as part of a bipartisan effort.

Most of those Republicans who had criticized Trump for his behavior last January have long since returned to his side. Others will occasionally weigh in with their disapproval, but otherwise keep as low a profile as possible. But Dick Cheney is a conservative icon and a stalwart of the pre-Trump Republican party. Would Democrats work with their long-time enemy to keep Trump from returning to the Oval Office? (For that matter, would Cheney work with them?)

Under most circumstances, such an alliance would be unimaginable. But as we’ve learned, Donald Trump tends to create unusual circumstances for all involved.