The bill now heads to the White House, where President Trump is expected to sign it into law. 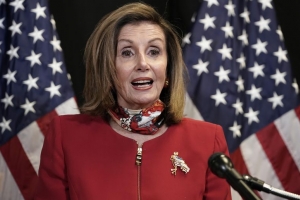 Democrats and Republicans linked arms Monday and rushed to pass a new round of coronavirus relief, saying they were delivering a measure of hope to families grimly confronting the holidays and new year amid a new round of shutdowns.

The bill, which also included full funding for all other government operations in 2021, cleared both chambers with strong bipartisan support late Monday night. It now needs to be signed into law by President Trump.

The package passed with less than 20 minutes to spare before the midnight deadline, but Congress...

Read full story
Some content from this outlet may be limited or behind a paywall.
See full media bias rating for Washington Times
From the Left
835
Economic Policy
Congress has officially passed a $900 billion Covid-19 relief package
Vox 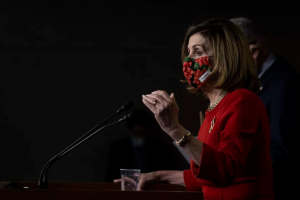 Days before the holidays, Congress has passed a $900 billion bill to extend unemployment insurance, pay out additional stimulus checks to Americans and provide more loans for small businesses.

The Democratic-controlled House of Representatives passed the relief bill Monday night on a vote of 359-53, just hours after the final legislative text was released to members. A few hours later, the Republican-controlled US Senate did the same with a vote of 92-6. 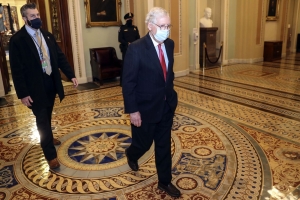 Congress overwhelmingly approved $900 billion of relief for households and businesses battered by the coronavirus pandemic, passing an emergency measure aimed at buoying the country through a difficult winter and into a new year.

The bill now heads to the White House, where President Trump is expected to sign it into law.

The Senate voted 92-6 late Monday to approve both the infusion of coronavirus aid, together with a $1.4 trillion spending bill that will fund the government through September. Initially, the Senate’s presiding officer said the vote was 91-7,...

Read full story
Some content from this outlet may be limited or behind a paywall.
See full media bias rating for Wall Street Journal (News)
More Stories »
Economic Policy, coronavirus, US Congress
Go ad-free! Support AllSides.
About these ads

News
Inflation at 30-year high. Where it goes next is (partly) up to you.
Christian Science Monitor

News
US must rethink attitude to parental leave, Pete Buttigieg says
The Guardian

News
Inflation in U.S. Builds With Biggest Gain in Prices Since 1990
Bloomberg

Analysis
The World ‘Has Found a Way to Do This’: The U.S. Lags on Paid Leave
New York Times (News)