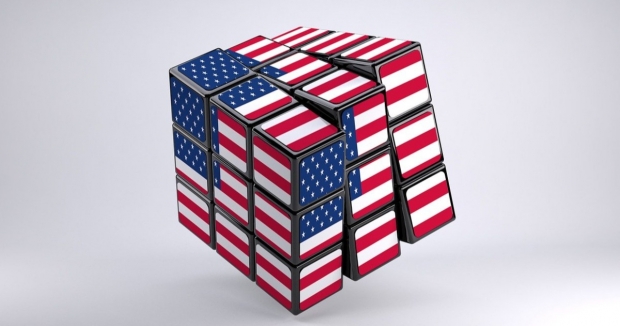 The nastiest argument in American politics will be center stage in the upcoming days when Donald Trump’s impeachment trial commences in the U.S. Senate. But while the outcome of that ongoing fight is pre-ordained, it will temporarily obscure intramural brawls within the two political parties that will have just as important an impact on the nation’s political landscape in the years ahead.

The arrival of Marjorie Taylor Greene in Washington has created a potent symbol for the internal battle between Trump’s allies and opponents that has roiled the Republican Party. Greene herself is a fringe character who will soon be consigned to the margins of the history books and the memories of political trivia experts. But her incendiary public statements on school shootings, political violence and anti-Semitic conspiracy theories make her the most compelling symbol of her party’s struggle to define itself as it prepares for next year’s midterm elections and the 2024 presidential campaign.

This intra-party tensions are now familiar. Traditional conservatives, such as those GOP House members who re-elected Liz Cheney to her leadership position, simply want Trump gone. They want their old party back and would give almost anything to return to the days when their biggest challenge is straddling the divide between social conservatives and suburbanites. But Greene is both an irritant and a warning, that a Republican Party without Donald Trump at its head must still reckon with the remnants of Trumpism in its soul. The combination of the former president’s need for attention, his thirst for revenge, and the unyielding allegiance of his most loyal supporters will make it extremely difficult for McConnell and his pre-Trump Republicans to turn their party back into something that can be palatable to donors and swing voters. That fight will continue long after Greene has returned to the Atlanta exurbs and a talk show on Newsmax.

Because winning elections is the most effective way of papering over a party’s domestic discord, the factions within the Democratic Party are slightly less visible in the first weeks of Joe Biden’s presidency. But underneath the truce that brought progressives together with the party establishment to defeat Trump, age-old disagreements continue to brew. The differences between Bernie Sanders and Joe Manchin on the minimum wage are just as large as the cultural divide between their home states of Vermont and West Virginia. Chuck Schumer runs an evenly divided Senate with one eye over his left shoulder focused on the prospect of an Alexandria Ocasio-Cortez primary challenge next year. And once the original coronavirus relief bill is passed, familiar differences on immigration, fracking, trade, health care and a host of other issues will quickly re-emerge.

But the most difficult challenge that Democrats now face is an emerging pandemic-related clash between two of the party’s most prized constituencies – teachers and parents. Biden has already quietly retreated from his earlier pledge to reopen the nation’s schools within the first 100 days of his presidency (the goal is now to bring back kindergarten through 8th grade rather than K-12) and that objective is looking less achievable. Teachers’ unions in major cities across the country have made it clear that they will not return to the classrooms until mass vaccinations have been completed and a host of other precautionary measures have been taken. And progressive politicians such as California Governor Gavin Newsom, who normally work closely with organized labor, are feeling pressure from anxious parents, most notable those from minority and under-represented communities where the impact of long-distance learning has been especially devastating.

Biden is the first reliable protector of the teachers’ unions to hold the presidency since Jimmy Carter. (Both Bill Clinton and Barack Obama were strong advocates of charter school expansion and other reforms.) But his friends now present a formidable obstacle in his path. Biden will spend large amounts of money to accelerate school re-openings across the country. But the obstinance that the unions have displayed even to historically supportive Democratic mayors and governors suggests that this standoff might not end anytime soon.

Biden and his advisors understand that the success of his presidency hinges on his ability to restore the country to a post-pandemic normalcy. A protracted quarrel that prevents America’s children from returning to the classroom makes that much tougher. And the fact that Biden’s allies rather than his enemies could be the cause of this quagmire will make it even more frustrating to endure.

Want to talk about this topic more? Join Dan for his weekly webinar “Politics In The Time of Coronavirus” on Tuesday mornings at 11 AM PST. You can register for it here. https://www.lawac.org/EventDetail/eventid/30832. Or read more of Dan’s writing at: www.danschnurpolitics.com.