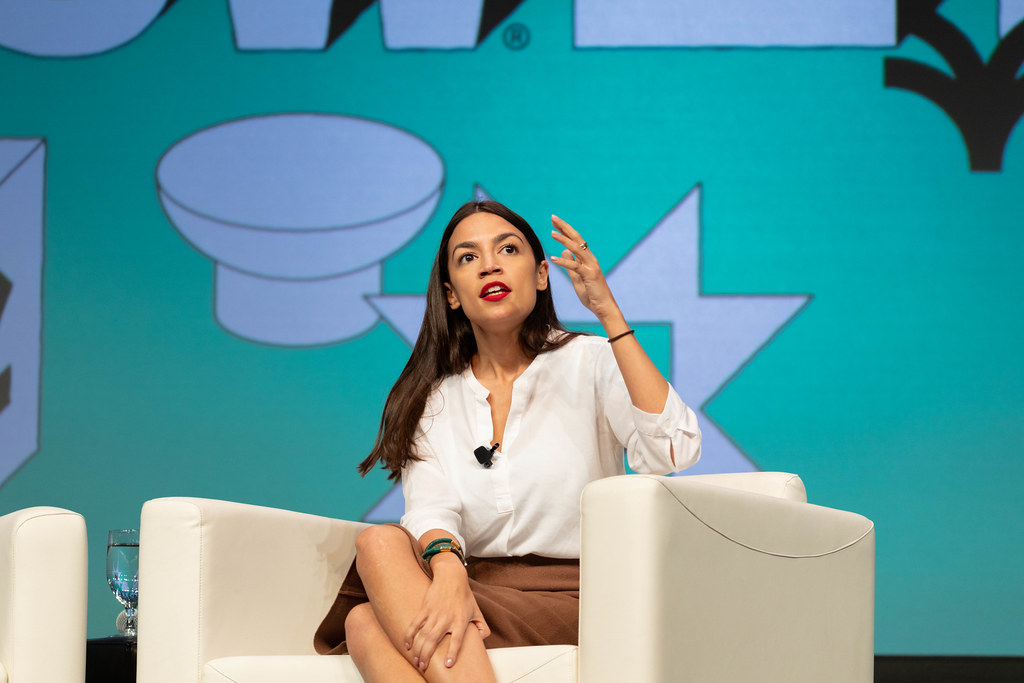 Our daughter, who is young, multi-ethnic and fiercely progressive, has been an ardent fan of Alexandria Ocasio-Cortez from the beginning. I have not.

But I am an older white man who shares those demographic characteristics with 44-and-a-half of our nation’s 45 presidents, and I admit that I had not previously appreciated the motivational appeal of leaders who provide a different voice and face to American politics. I can now see how excited many of my students, especially the young women in the classes I teach, are to have someone who looks and sounds like them playing such a visible and impactful role in the political landscape. I enthusiastically applaud their heightened engagement and I give Ocasio-Cortez great credit for the way she has energized so many young people and has encouraged them to become politically active.

After that, though, AOC and I take very different paths. I strongly disagree with her thinking on issues relating to Israel and the Middle East, and I prefer a much more centrist approach on economic, environmental and a long list of other domestic policy matters as well. But I am very comfortable both appreciating the benefits her presence brings to the political landscape and opposing what I consider to be a radically leftist and extremist set of legislative goals.

(And I am equally comfortable maintaining a similar balance for many of her equally doctrinaire colleagues on the far right. Politics would be a much less valuable exercise if it were comprised solely of us sensible centrists: the system benefits tremendously from agitators who challenge the conventional wisdom from both sides.)

All of which is to say that Ocasio-Cortez can be both a role model and a radical. She is a smart, skilled and inspirational leader who is about as much of a centrist as I am a salamander. But leave it to a Republican House member named Ted Yoho to find a way to position her as a moderating presence in an increasingly antagonistic and Balkanized Congress.

By now, you’ve probably heard the story. Yoho, who has a markedly different opinion on criminal justice matters than Ocasio-Cortez, attempted to engage her in a discussion on crime and unemployment on the steps of the U.S. Capitol last week. The conversation went poorly, and a reporter who witnessed the exchange Yoho used a gender-based epithet to disparage Ocasio-Cortez as they parted.

Politics has never been consistently civil. Supporters of John Adams and Thomas Jefferson said things about each other that would make many contemporary campaign debates sound genteel by comparison. But harsh political rhetoric that criticizes the opposition for being on the wrong side of an issue is much more acceptable than language that attacks those same rivals for their essence as human beings.

Yoho could have called her a “stupid liberal”. Ocasio-Cortez could have responded by insulting him as a “conservative moron.” And while neither would have won any awards for legislative grandiloquence, the nature and standards of 21st century political debate would have continued its ongoing descent without much further notice.

But Yoho chose to frame his rejection of Ocasio-Cortez not in her ideology but in her humanity. In doing so, he perpetuated age-old misogynistic attitudes that we have once again been reminded are much more malicious, destructive and persistent than many would care to admit.

In his account of the confrontation, Yoho invoked his two daughters, which elicited this response from Ocasio-Cortez:

“I am two years younger than Mr. Yoho’s youngest daughter. I am someone’s daughter, too,” she said. “I am here because I have to show my parents that I am their daughter, and that they did not raise me to accept abuse from men.”

In her speech, Ocasio-Cortez did not simply put a bully in his place. She demonstrated to a generation on young women that they do not need to accept such abuse either, that they can and should stand up in the face of such mistreatment, and that when they do they will not stand alone. My students -- whether they are liberal, moderate, or conservative -- will benefit from her example. Our daughter – fiercely, proudly and dazzlingly progressive -- will too.

I don’t agree with Ocasio-Cortez on single-payer health care or a Green New Deal. But I am grateful to her for standing up, for pushing back, and for letting millions of young women know that when confronted with such cruelty, they get to stand up and push back too.