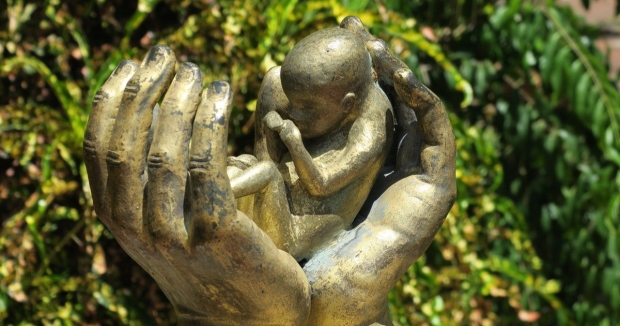 When a highly contentious policy debate emerges on the political landscape, it’s not only useful to hear what the two sides are saying about that issue — but how loudly they are saying it.

After last week’s decision by the U.S. Supreme Court not to block a new Texas law banning most abortions in that state, both pro-choice and pro-life advocates made it clear how important they believe this case would be to the future of legal abortion access in the United States. But while Democrats sounded a battle cry as to the political consequences of the decision and predicted a tremendously motivated base of support on the issue heading into next year’s midterm elections, Republicans were much more subdued.

GOP officeholders overwhelmingly voiced their support for the court’s decision, but few talked about it as the type of political weapon that their Democratic counterparts have been predicting.

This quieter reaction doesn’t detract from the strong pro-life beliefs that dominate the 21st century Republican Party. But even while most party regulars are likely to be pleased with the policy ramifications of the new Texas law, there was a noticeable absence of party strategists talking about these new restrictions as a political benefit to the GOP in 2022. This suggests that while Republicans continue to regard abortion as an issue to motivate their socially conservative base, they may be less confident about how the issue will play with swing voters in competitive races.

Democrats clearly see the benefits that this issue provides for them with the college-educated voters and women who have been integral to their success in recent years. But it is worth noting that the last time that abortion emerged as a high-profile campaign issue – just weeks before the 2020 election when Donald Trump nominated Amy Coney Barrett for the Supreme Court after the death of Ruth Bader Ginsburg – it was widely assumed that pro-choice voters would be much more motivated to vote in the aftermath of Barrett’s confirmation. While Joe Biden won the election, Democrats lost ground in House and Senate races and most exit polling suggests that the Ginsburg/Coney changeover had a more pronounced impact on socially-conservative Republican voters than pro-choice Democrats.

To raise the stakes even higher, Roe vs Wade could either be on the verge of being overturned – or could already having been reversed – by the time voters go to the polls next November. It now appears that a Mississippi case that would also greatly restrict the availability of legal abortion will be considered by the Supreme Court this fall. This means the Court would likely issue its decision on that case next June, just as the campaigns that will decide control of Congress are beginning to heat up.

Supreme Court decisions have a much more direct impact on the lives of the American people than Supreme Court nominations. And so it’s entirely possible that unlike in 2020, pro-choice voters could be the more energized cohort next fall.

Fourteen months before that election, the body language on both sides does suggest a motivational advantage for candidates who favor abortion rights. But such a dynamic would reverse recent political trends and assumes that Democrats would benefit more from the support of college-educated women and younger people than the potential drop-off from socially-conservative, working-class voters whose support was so important to Biden’s victory last year.

Biden’s election was keyed by razor-thin wins in Rust Belt states, in which those working-class voters felt some cultural affinity to the native of Scranton, Pennsylvania. Biden labored mightily throughout the general election to convince those voters that he did not intend to “defund the police” or otherwise adopt the criminal justice reform goals of some of the more strident members of his party’s left flank. He may have to pull off a similar balancing act next year on the even more highly-charged and emotionally divisive issue of abortion.

None of this speculation suggests that Democrats do not have the potential to reap considerable benefit from Supreme Court activity over the next year. But the issue may not play out in nearly as clear-cut a fashion as advocates on both sides seem to currently believe.

Want to talk about this topic more? Join Dan for his weekly webinar "Politics In The Time of Coronavirus". Or read more of Dan’s writing at www.danschnurpolitics.com.