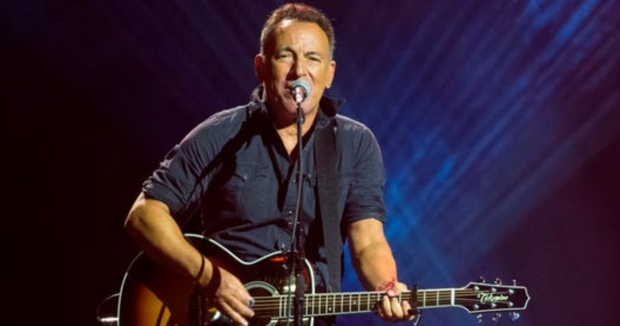 This piece originally appeared on usatoday.com.

There’s a lot of talk about “the middle” these days, about finding agreement with our political opposites. It’s a noble idea, but what does it really look like?"

Two American icons — automaker Jeep and musician Bruce Springsteen — teamed up to advocate for finding the middle in a primetime Super Bowl commercial aired Sunday night. In it, Springsteen narrates with solemn confidence about locating our commonalities and trusting our nation’s guiding principles.

"All are more than welcome to come meet here in the middle," Springsteen says. "It's no secret the middle has been a hard place to get to lately, between red and blue, between servant and citizen, between our freedom and our fear.”

The ad wasn’t universally beloved. Some found it hypocritical, knocking Springsteen for his harsh takes on Donald Trump or Jeep for its alleged environmental unfriendliness. Both were accused of peddling a half-hearted message of unity to sell products.

Their prior offenses, critics might argue, negate any attempts by these parties at mediation. But was the overall message righteous?

One of the more frequent critiques of Jeep-Steen’s approach is that it’s overly simplistic.

One might counter the common ground angle with a statement like: How can you find common ground with someone who believes in different facts than you do? They voted for who? We could never agree. If they believe in (blank), I can’t see how we’d be able to have a discussion.

These are go-to excuses to avoid a challenging dilemma. It was easily overlooked in the ad, but Springsteen explains our common ground quite well.
“It’s what connects us,” he says in reference to the oldest American value — freedom. “We need that connection. We need the middle.”

Sure, that’s vague. But perhaps that’s all we need. Being in America should afford us a basic level of freedom, and with that comes “the middle.” It’s not a place to solve every problem immediately. It’s a place to begin the conversation.

There are real obstacles. Intolerance. Injustice. Inequity. But how can you fix them if you don't embrace your freedom to reach across the divide?

We often see each other or each other’s beliefs as issues. In reality, all of us have a chance to be a core part of the solution.

Start with acknowledging your common humanity. Whatever your goals, understand their connection to those of millions of others in the U.S. who are pursuing theirs under the same general set of laws and guiding principles as you. Wanting the best for yourself should also mean wanting the best for each other and the country you share.

To learn more about the other side, get out of your bubble. Read writers or news outlets you may disagree with. Seek out a conversation with your political opposite. Get involved with real initiatives.

In any conversation, attempt to convey goodwill. Give people the benefit of the doubt. Know that you might disagree intensely, but that there’s likely something else you could agree just as passionately on.

Respect others’ beliefs while allowing your own to be challenged. And if something is clearly false or wrong, point it out — not to incite division, but to approach the solution by advocating for critical thinking.

Many times it’s much better to ditch political talk. Connect with people about family, food, TV, music and sports. Start on shared ground by discussing things that have a knack for uniting us no matter what.

The middle isn’t the same for every person or in every situation. It’s much more difficult to arrive at than just to ponder optimistically, as we’re doing now. But wherever it is, whatever it looks like, it must be a place where both sides can be heard and seek the truth in good faith.

Springsteen and Jeep aren’t telling you to agree on everything or to forget past wrongs. Yes, they’re asking you to buy cars and albums — but more importantly, they're asking you to put the good of you, the country and your fellow Americans first.

“We will make it to the mountaintop, through the desert," says Springsteen, doing his first-ever commercial endorsement. "And we will cross this divide.”
Corny? Absolutely. But not a bad mark to aim for.

As a quaint prop, the ad features a tiny wooden chapel in Lebanon, Kansas, which sits at the geographic center of the continental 48 states. However you perceive Springsteen and Jeep's motivations for doing the commercial, its symbolism makes an important point.

The chapel's one-of-a-kind location represents the middle that exists in the heart of every American. Our shared communities and goals. The place where discussions start and evolve to everyone's benefit.

It’s up to you to define your middle and build it up stronger. For yourself, for all of us.

Editor's Note: The commercial was retracted by Jeep after news emerged that Springsteen was arrested last year for DWI.

Henry A. Brechter is the managing editor of AllSides.com. Send him an email: henry@allsides.com.