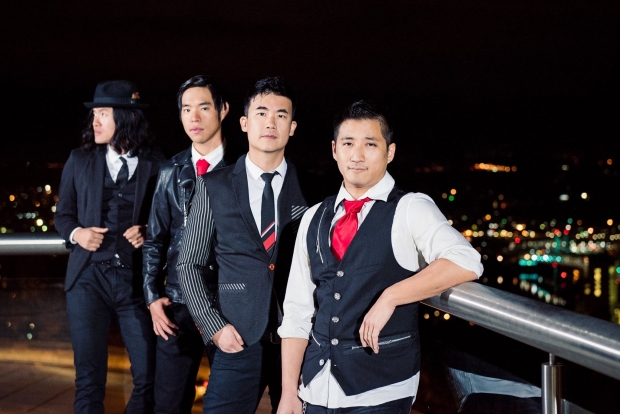 The Slants, an Asian-American dance-rock group, were initially denied a trademark by the US government. The grounds for the decision? The band name was deemed racially offensive.

The term ‘slant’ is sometimes used as a racial epithet to disparage people of Asian descent. But even so, Simon Tam, the band’s founder, employed the label deliberately. “We had called ourselves the Slants as a way of seizing control of a racial slur, turning it on its head and draining its venom,” he said in a recent New York Times op-ed. “Yet ‘slant’ is an everyday term — one that has been registered as a trademark many times, primarily by white people...I may be the only person denied a registration for ‘slant’ because it was deemed offensive to Asian-Americans.”

Tam believes the trademark office took issue with the term because he’s Asian. Had he been white, he claims, it wouldn’t have been a problem.

So he took his case, Matal vs Tam, to the Supreme Court, vying for the opportunity to lay claim on his desired trademark. In a unanimous ruling earlier this month, the high court struck down the Lanham Act’s disparagement clause — the prohibition against registering ethnically or racially offensive names. In layman’s terms, a win for The Slants.

But the implications of the verdict reach beyond the popular dance-rock band. Take the Redskins, for instance. Fans of the D.C. based football team, named after a racial slur, are confident that they will now recoup their trademark — which has been stripped from them for the last several years.

In the wake of the ruling, some have argued that Matal vs Tam may not be the appropriate precedent to lift the disparagement clause. The case opens the door for trademarking racially charged content when, ironically, the band itself was arguably discriminated against by the trademark office.

Meanwhile, the New York Times is using the case to change its own stance on the Redskins trademark dispute. But are the cases one and the same? Is it possible to critique the Redskins’ brand while acknowledging that ‘The Slants’ were only accused of crossing a line due to the band’s ethnic background? That’s sticky to navigate, much less legislate, without subjectivity over what constitutes offensive content.

However, the case is certainly a victory for free speech. Justice Anthony Kennedy, speaking for four other justices, focused on the heart of the free speech/disparagement clause debate:

“A law found to discriminate based on viewpoint is an ‘egregious form of content discrimination,’ which is ‘presumptively unconstitutional.’ … A law that can be directed against speech found offensive to some portion of the public can be turned against minority and dissenting views to the detriment of all. The First Amendment does not entrust that power to the government’s benevolence. Instead, our reliance must be on the substantial safeguards of free and open discussion in a democratic society.”

Should Matal vs Tam allow for the trademarking of racially offensive content? Was the ruling a victory for free speech, or did the judges overstep their boundaries?