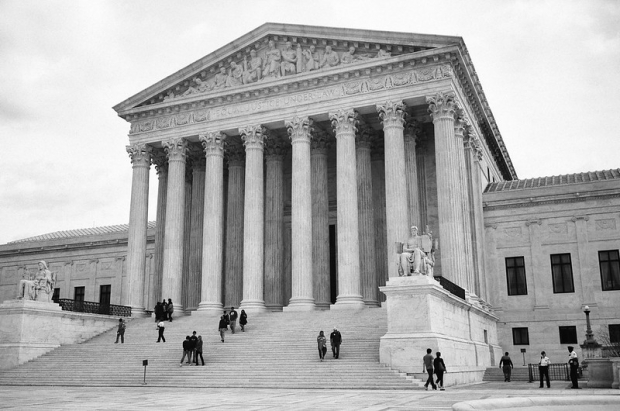 This piece originally appeared on The Fulcrum, which AllSides rates as Center. It was written by David Meyers, the Founding Executive Editor at The Fulcrum.

The Supreme Court is back in session this week, and the docket for the new term includes two cases that could fundamentally shift the state of democracy in the United States.

The nine justices will hear arguments on one case involving the Voting Rights Act and its protections for minority voters. The other tests whether state courts can remain a check on legislative authority when it comes to making election laws.

These and other cases will further test a court that continues to receive poor marks from the American public, while the spouse of one justice was recently interviewed by the Jan. 6 committee regarding her role in attempts to overturn the 2020 presidential election.

So it’s not going to be a quiet session for the nation’s highest court.

The first of these two cases to be heard by the court is Merrill v. Milligan and while it concerns redistricting in Alabama, it’s really about the Voting Rights Act. On Tuesday, the justices are hearing arguments over whether the state engaged in an illegal racial gerrymander by drawing a new congressional map that is expected to result in just one of seven districts electing a Black person to the House. More than one-quarter of the state population is Black, so opponents of the new maps argue the districts should be changed to rebalance congressional representation.

In January, a three-judge federal panel tossed out the map, ruling it does in fact violate the VRA. However, the Supreme Court ruled 5-4 that the map should be allowed to stand while the justices consider the case.

Section 2 of the Voting Rights Act bans states from engaging in election practices that discriminate on the basis of race. The state of Alabama argues there was no intent to do so and that the map should be allowed to stand.

But Eric Holder, who was attorney general under President Barack Obama and now runs a Democratic redistricting organization, believes the Alabama map is a “textbook violation” of Section 2, and the leader of the Lawyers’ Committee for Civil Rights Under the Law warned about further erosion of the VRA.

“If the Court accepts Alabama’s argument, it will be rejecting 40 years of precedent and effectively telling voters of color that the Voting Rights Act provides no remedy for racial discrimination in the redistricting process,” Damon Hewitt, president of the Lawyers’ Committee. “Such a decision will further neuter the Voting Rights Act, which has for decades helped to ensure that Black voters and other voters can exercise political power and self-determination in choosing their representatives.”

The Supreme Court has already stripped away some provisions of the Voting Rights Act. In the 2013 case Shelby County v. Holder, the court ruled that Section 4 of the VRA was unconstitutional, thereby ending the practice of “preclearance.” The VRA, first passed in 1965, required states with a history of racial discrimination to get prior approval from the Justice Department before changing any election laws.

Democrats in Congress have been trying to codify a new version of preclearance that would pass the court’s constitutionality test, but the legislation has been blocked by Senate Republicans.

The second democracy-defining case to be heard this term, Moore v. Harper, may alter the system of checks and balances at the state level.

This case originated in North Carolina, where the state Supreme Court knocked down the congressional map drawn by legislators, ruling it violated the state Constitution. The lawmakers who brought the case are using a recently developed conservative argument known as the “independent state legislature theory.” Adherents point to a line in the U.S. Constitution – stating that rules governing elections “shall be prescribed in each State by the Legislature thereof; but the Congress may at any time by Law make or alter such Regulations.”

As they note, that clause makes no mention of oversight by state or federal courts.

Opponents say that language defies the work of the Founding Fathers.

“Such a doctrine would be antithetical to the Framers’ intent, and to the text, fundamental design, and architecture of the Constitution,” former U.S. Judge J. Michael Luttig wrote in The Atlantic.

These cases are being heard in the wake of new polling that shows Americans’ trust in the Supreme Court to be at a historic low.

Just 40 percent of Americans say they trust the judicial branch of the federal government and 58 percent say they disapprove of the work the court is doing. Both numbers are the worst since Gallup began asking those questions in 1972.

Last week, Ginni Thomas, a conservative activist and the wife of Justice Clarence Thomas, was interviewed by the Jan. 6 committee. Members of the panel wanted to question her about her efforts to support actions designed to overturn the 2020 election, both through state leaders and the White House.

The interview took place behind closed doors, and Thomas reportedly answered the members’ questions while stating her work is separate from her husband’s service on the court.