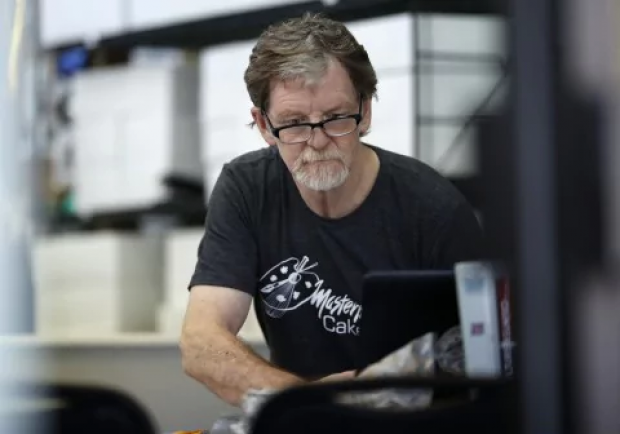 The Supreme Court on Monday ruled in favor of Christian baker Jack Phillips who refused to make a wedding cake for a gay couple. Some on the Left have said that the verdict is a victory, as the Court's majority opinion does not sanction a First Amendment right to discriminate, but instead says that the Colorado Civil Rights Commission displayed a bias against Mr. Phillips' faith in his initial hearing. Many on the Right celebrated the decision as a win in the fight for religious freedom.
Check out some other big stories this week: Obama Administration Granted Iran Secret License to Access U.S. Financial System, President Trump Cancels Philadelphia Eagles White House Visit, and United States and North Korea Summit Back On.
Snippets from the Left
I represented the wedding cake couple. We lost a battle but won the war.
Washington Post
"In law, as in less civil arenas of conflict, you can lose a battle but win the war. That’s what happened in Masterpiece Cakeshop v. Colorado Civil Rights Commission, the case pitting a Christian baker against a gay couple who sought to buy a wedding cake on the same terms as any other customers.
...
Justice Anthony M. Kennedy, writing the majority opinion, could not have been more clear in rejecting the argument that there is a First Amendment right to discriminate. He wrote that 'it is a general rule that [religious and philosophical] objections do not allow business owners . . . to deny protected persons equal access to goods and services under a neutral and generally applicable public accommodations law.'
...
Why, then, did the baker win? The court found that in this particular instance, the Colorado Civil Rights Commission had evinced hostility to religion. It cited a commissioner who said that 'it is one of the most despicable piece of rhetoric that people can use to — to use their religion to hurt others.'
...
But what’s critical is that this reasoning is a one-time ruling for this case only. The court made clear that states are free to require businesses, including bakers, to serve gay and lesbian customers equally, including in the provision of wedding cakes. In fact, Charlie Craig and David Mullins could go right back into Masterpiece Cakeshop today and request a cake to celebrate their wedding anniversary — and if Jack Phillips refused them, he would have no First Amendment right to turn them away."
Snippets from the Right
Religious freedom lives to fight another day
Washington Examiner
"Yes, the ruling in Phillips’ favor allows religious freedom to “live to fight another day,” as Justice Clarence Thomas put it in his own concurrence. But it should also serve as a reminder that religious freedom remains very much in peril. And it shows again that judges appointed by Democratic presidents, even the judges who see through flagrant anti-religious bigotry, cannot be counted on to uphold religious freedom.
...
In America, though, religion and conscience rights more broadly don't warrant mere tolerance. They in fact warrant a special deference. The First Amendment specifically cites the free exercise of religion as deserving of protection, coming first before even freedom of speech or of the press. And predating the Constitution is the notion that compelling someone to act against his will is particularly bad if you are also compelling him to act against his conscience.
Kagan and Breyer's middle ground — that religion and conscience don't deserve lower status — is not enough. The tradition on which our country is built is that religion and conscience deserve exceptional deference, and that they are even vital to public life in the same way as are a free press and freedom of speech. But a new worldview is attempting to remove conscience and religion from their prized place in the First Amendment and replace them with identity politics.
...
Freedom of religion and freedom of conscience have survived to fight another day. God willing, they'll win that fight."
Snippets from the Center
Supreme Court Ruling Ducks Conflict Between Religious, Gay Rights
Wall Street Journal
"The Supreme Court ducked deciding whether religious merchants have a constitutional right to deny service to gay people, but did rule Monday that a Christian baker didn’t get a fair hearing before a state civil-rights commission and therefore shouldn’t be penalized for turning away a same-sex couple.
The ruling, by a 7-to-2 vote, is a victory for Jack Phillips, who turned away Charlie Craig and Dave Mullins when they came to order a wedding cake from his Masterpiece Cakeshop in Lakewood, Colo. The couple filed a complaint with the Colorado Civil Rights Commission, which found the baker in violation of state law prohibiting discrimination based on sexual orientation.
Still, the opinion by Justice Anthony Kennedy went no further than saying the commissioners, based on comments in hearing transcripts, had failed to give 'neutral and respectful consideration' to Mr. Phillips’s claim that his constitutional right to religious exercise entitled him to disregard the state civil-rights law."
Discover more on this topic on AllSides.
Supreme Court, Free Speech, Religion And Faith, Freedom Of Religion, LGBT Rights, LGBT, Story Of The Week, News 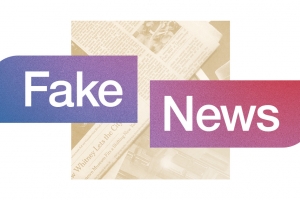 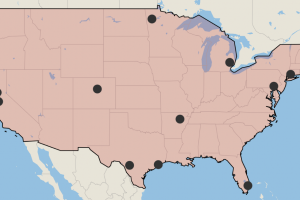 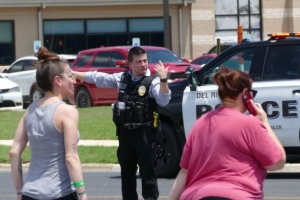