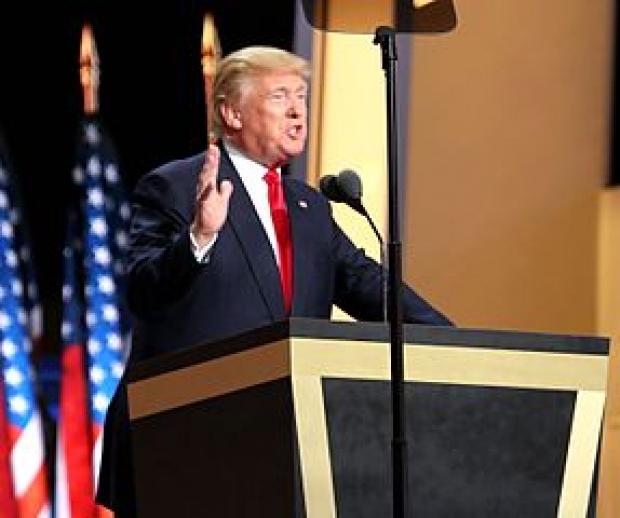 It hasn’t been a good week for Donald Trump in the polls or in the media. Today, NPR.com reported that “some (anonymous) Republicans have told reporters they are discussing a Plan B, or a ‘Break Glass’ contingency plan to replace Trump at the top of their ticket” and added that this is completely new in the history of American politics. Is all this talk of implosion appropriate and accurate, or are these overblown stories by sources with their own agenda? We saw quite a contrast in coverage of this topic across the bias spectrum.
See other news featured by AllSides such as Libertarian for President, Trump Won’t Endorse Ryan - Yet, More Fallout from Trump’s Muslim Comment and the latest AllSides News.
Snippets from the Right
Opinion: Media trumpeting Trump implosion, but is it real?
Howard Kurtz, Fox News
“With Donald Trump facing the roughest stretch of his candidacy, the media have moved from questioning his sanity to depicting a campaign in disarray and top Republicans still wondering whether they can dump the nominee.
That won’t happen, of course, but it’s an indication of the toxic nature of the coverage and the flood of anti-Trump leaks now washing across the media landscape.
There’s a natural piling-on effect when campaigns go off the rails: The polls dip, the critics step up their rhetoric, staffers start pointing fingers, and the press keeps the vicious cycle going.But I’ve never seen anything like this.”
Snippets from the Left Leaning
Donald Trump Pushes Republican Party to Its Breaking Point
NBC
"Donald Trump has summoned a tornado of negative stories that threaten to rip his campaign from its foundation if he doesn't stop, supporters inside and outside Trump's orbit are warning.
Several top backers — including Republican National Committee Chairman Reince Priebus, former House Speaker Newt Gingrich and former New York Mayor Rudy Giuliani — are trying to persuade Trump to move past his feud with the parents of the late Iraq War soldier Humayun Khan, stop bashing fellow Republicans like House Speaker Paul Ryan and Sen. John McCain, and refocus his attacks on Hillary Clinton.
...'The reality is that I don't think anyone has any influence' over Trump, a party source told NBC News."
Snippets from the Center
Opinion: Does the Republican Party need an intervention?
Bernie Quigley, The Hill
“Some might be called on again to form a similar ad hoc ‘council of elders’ to change the pending fate that beckons here in 2016. Such an esteemed committee might bring together an ad hoc intramural party movement to operate within the existing Republican Party sphere — potentially to save the Republican Party from oblivion in the hands of a renegade — much as one changed the course of history in the Iraq Study Group.
The committee might propose its own ‘alternative’ candidates to face off against Trump on a one-time basis, stating clearly its governing principles. My choice for such independent "alt" candidates — although the Trump party is really the "alternative" party now — for president and vice president would be Romney and Nevada Gov. Brian Sandoval…”