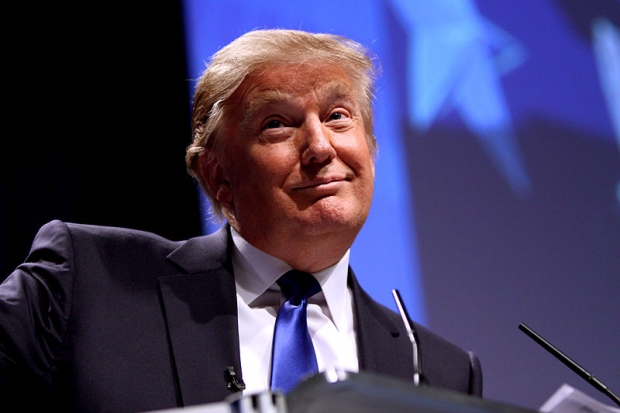 While the confederate flag removal vote has dominated news headlines this week, it was not the most controversial. We saw more variation in coverage of the issue of illegal immigrants, crime, and Donald Trump's comments, so we've chosen to highlight this story for you today.
[Also see Sanctuary Policy in San Francisco, Bill Cosby Admission and the latest AllSides News.]
Snippets from the Left
Surprise! Donald Trump is wrong about immigrants and crime.
Washington Post
"If you look at the statistics, of people coming ... I didn't say about Mexico, I say the illegal immigrants —if you look at the statistics on rape, on crime, on everything, coming in illegally to the country, they're mind-boggling," [Trump] told Lemon.
Every part of that is incorrect. He did say his comments about Mexico — explicitly. And data show that new immigrants —  including illegal immigrants — are actually less likely to commit crime, not more.
…
In the wake of his announcement, we dubbed Trump to be "un-fact-checkable" for the simple reason that he so often operates outside the bounds of logical discourse. Same here. Trump has septupled down on his bad argument — assuming, as has happened so many times before, that it will all go away.
It probably won't until, almost invariably, his candidacy does.
Snippets from the Right
Trump Towers in 'First Debate'

Because of him calling attention to criminality among illegal Mexican immigrants, the issue has become a hot media topic.
Instead of ignoring or downplaying crimes committed by "unauthorized" immigrants, as the Pew Research Center now calls illegals, the mainstream media have finally started reporting some of the most horrible examples.
…
The statistics about how many illegal immigrants commit serious crimes, or whether they commit more per capita than U.S. citizens, are debatable and hard to come by, largely because the government doesn't care to tally them.
But what's undebatable is that tens of thousands of this country's total 12 million illegal immigrants commit serious crimes each year and we have to do something about it.
Trump, without trying, brought attention to a major issue in a way no other candidate could or would. While the other GOP candidates talked about him, he was talking about a major issue of the 2016 campaign.
Snippets from the Center
Trump: RNC call was 'congratulatory'
CNN
Trump first told CNN he may have brought up the issue of immigration himself, mentioning the San Francisco shooting at the hands of an illegal immigrant. The bombastic businessman also insisted he would "win the Hispanic vote" because he will create the most jobs of any presidential candidate.
And Trump gave an emphatic "no" when asked if his comments hurt the GOP's efforts to make inroads with Hispanic voters.
Earlier on Thursday, Trump tweeted that the media had "totally false reporting" on his call with Priebus, suggesting the RNC chief didn't suggest toning down his immigration remarks.
"He called me, ten minutes, said I hit a "nerve", doing well, end!" Trump tweeted.
Discover more on this topic on AllSides.
Immigration, Illegal Immigrants, Donald Trump, News