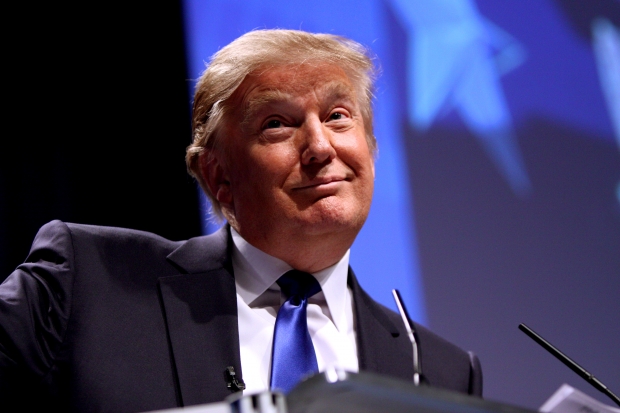 In a fresh batch of presidential primaries this week, we saw Trump win all five states, Clinton declare victory in four, and Sanders take Rhode Island. As the nomination math gets clearer in the wake of these latest contests, we’re taking a look at what’s being said on different sides.

At AllSides, we want to empower people to better understand the news, issues and each other. People around the country want the same thing, and to that end I was invited to write an Op-Ed for The Huffington Post: “Bridging America’s Divide - Can the Internet Help?” With AllSides, we also give light to perspectives that are often lost in the noise. See my Op-Ed “Delegate Rules Actually Help Trump” in The Cook Political Report.

See other news featured by AllSides such as Hillary Moves Closer to Nom, Cruz Picks Fiorina as Running Mate, Trump’s Foreign Policy Speech and the latest AllSides News.
Snippets from the Right
OPINION: Trump's big sweep: Why a winner's aura matters more than math
Fox News
“By adding Pennsylvania, Maryland, Delaware, Connecticut and Rhode Island to his New York landslide, Trump is clearly riding a wave of momentum and positive media coverage.
But when you get to math, the journalistic nitpickers come up with various scenarios in which Trump may not get to 1,237, leaving him vulnerable to a contested convention. Fair enough.
…Psychology isn’t everything. Trump could hit a rough patch as he toggles between appearing more presidential and mocking Kasich’s eating habits. He could underperform in California and New Jersey on June 7.
But the mindset of Trump’s supporters will be anger and disgust if they feel he’s been cheated out of the nomination. And that may matter as much as any numbers.”
Snippets from the Left Leaning
OPINION: What do voters see in Trump? His authentic phoniness.
Washington Post
“"Saul Bellow writes, ‘Anyone who wants to govern the country has to entertain it.’ Clinton has been called many things, but ‘entertaining’ is not one of them. This is not the case with Trump, who is an authentic American character like something out of Mark Twain. All the other candidates except Sanders had the character squeezed out of them when they decided they wanted to be president. Trump’s a phony of course (not to mention a racist), but his phoniness is authentic. He’s self-made — not in the financial sense, but characterologically.
…People (read: liberals) are afraid of what Trump might do as president. All this silly talk about moving to Canada. But the thing to really worry about in a Trump presidency is what happens a couple of years from now, when people who have invested their hopes in Trump and his magic tricks discover that he is not the Wizard of Oz but rather the man behind the curtain.”
Snippets from the Center
OPINION: 5 takeaways from Tuesday’s primaries
Politico
On Sanders:
“…the Vermont senator raged against the gathering gloom – making a direct pitch to supers (party regulars who are highly unlikely to buy his argument) that he’s better positioned to beat Trump in November. This is superficially true: But Sanders hasn’t absorbed a fraction of the attacks Clinton has – and it’s not clear he would be doing as well had he been in the crosshairs.”
On Trump:
“For all his big primary wins Tuesday night, the easy money (right now, anyway) is that he’d lose every single one of them in a general election -- Rhode Island, Delaware, Maryland, Connecticut and even Pennsylvania…Two-thirds of American voters disapprove of Trump – and a significant percentage of those people have said they will never, ever, not-if-he-was-the-last-man-on-earth vote for him.”
On Clinton:
“During a triumphant victory speech in Philly (where the candidate seemed to be uncommonly relaxed) Clinton offered Sanders an olive branch bristling with small rhetorical thorns – an entreaty to begin peace talks, but only on victor’s terms. …Sanders has sprinkled a discreet bread crumb trail of reconciliation, suggesting this week that Clinton could reunite the party, but only if she heeded the anti-establishment clamor from his increasingly embittered millions.”
Discover more on this topic on AllSides.
Donald Trump, Election: Presidential