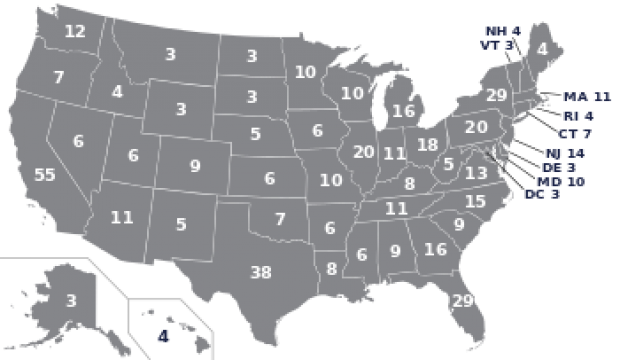 Though the 2016 presidential election has been speculated about in the media since November of 2012, it wasn't until this week that someone featured in major polls officially filed to run in 2016. That person is Senator Ted Cruz, a Republican from Texas. With such a well-known personality running for president, all sides of the media immediately got busy analyzing the implications of a Cruz run.
Snippets from the Right
Opinion: The Cruz Candidacy
Wall Street Journal Opinion
"The President treated Republicans with the contempt he holds them in, and so he failed to bring along any of their votes. Had he worked across the aisle, like Ronald Reagan did, his reforms would have a better chance to endure than they do now. Mr. Cruz will have to convince GOP voters that he is not another self-centered governing rookie who thinks he doesn’t need to work with Members of Congress, however much he despises them.
The good news for GOP voters is that their field of candidates in 2016 is going to be deep, offering many varieties of conservative leadership. Mr. Cruz’s challenge will be showing that his polarizing style is a better bet than the conservative governing success that many of the others have already had."
Snippets from the Left
Opinion: “A dream come true for Hillary Clinton”: Wall Street Journal editorial board rips Ted Cruz

"Blaming Cruz for 'plunging' the GOP’s favorability by leading the 2013 government shutdown — part of a botched attempt to derail health care reform — the Journal depicts Cruz as a polarizing figure all too willing to reflexively oppose anything the Obama administration proposes.
…
Obama’s Kumbayaism was doomed literally from the start; just as Obama took office, top congressional Republicans decided in a closed-door meeting that the next four years would be ones of knee-jerk opposition to the president’s policies.
Six years later, Cruz is telling Republicans that the obstructionists who run his party aren’t intransigent enough. That view may be held by a large segment of the Tea Party, but even some of the nation’s most conservative voices find it laughable — and politically perilous."
Snippets from the Center
Seeking an edge, Ted Cruz kicks off season of 2016 announcements

"By starting early, Cruz, a grassroots favorite, could crowd out the half-a-dozen other potential candidates who will be playing for the most conservative segment of the GOP base.
…
Cruz is likely to face stiff headwinds in the Republican primary, with many of the party’s biggest donors throwing their support to former Florida Gov. Jeb Bush and many of the party’s conservative voters getting behind Paul and Wisconsin Gov. Scott Walker.
...
But Cruz is embracing that outsider status, just as he did in Texas, where in 2012 he beat out the presumed Republican Senate nominee, former Lt. Gov. David Dewhurst, and became a hero to that conservative state’s tea party."
Discover more on this topic on AllSides.
Ted Cruz, News