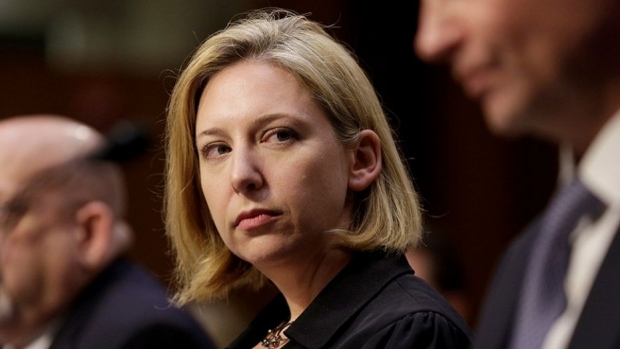 Russia infiltrated voter rolls during the 2016 election, according to a U.S. cybersecurity official. Jeanette Manfra, the head of cybersecurity at the Department of Homeland Security, said that 21 states were targeted but that "an exceptionally small number of them were actually successfully penetrated."
Take a look at some other big stories this week: US Senate Nears Budget Agreement, Senators to Introduce Bipartisan Immigration Bill, and January 2018 Jobs Report.
Snippets from the Right
Top DHS official says Russian hackers infiltrated US voter systems in 2016
Fox News
U.S. intelligence official Jeanette Manfra told NBC News her department saw a small number of states where Moscow was “successfully” able to hack voters systems, despite there being no evidence that registration rolls were altered in anyway.
...
Her comments came the same week Secretary of State Rex Tillerson confirmed that hackers were already targeting the upcoming midterm elections. 'I think it's important we just continue to say to Russia, ‘Look, you think we don't see what you're doing. We do see it and you need to stop. If you don't, you're going to just continue to invite consequences for yourself,'' Tillerson told Fox News.
...
Following the 2016 presidential election, U.S. intelligence officials noted Russia’s deliberate attempts to undermine American democracy by influencing voters across social media platforms.
A special counsel was appointed shortly after to look into possible collusion between the Trump camp and Moscow.
President Donald Trump has vehemently denied the White House colluded with Russia in any way."
Snippets from the Center
DHS cyber chief: Russia 'successfully penetrated' some state voter rolls
The Hill
"The targeting was part of a broader effort by Moscow to meddle in the presidential election, according to the U.S. intelligence community. The systems targeted were not involved in vote tallying.
...
Secretary of State Rex Tillerson warned Tuesday that Russia is already attempting to meddle in the U.S. midterm elections this year.
But Manfra told The Hill in a recent interview that, while she is unaware of any credible targeting efforts related to the 2018 midterm elections, she remains worried about the threat.
'I will always be worried about it and it is always something that entities are going to look to influence our democratic processes,' she said. 'As a country, we should be in a position to counter that.'"
Snippets from the Left
Russia Infiltrated Some U.S. Voter Registration Rolls Before 2016 Election, DHS Says
HuffPost
"Jeh Johnson, who was DHS secretary at the time, told NBC that states and the federal government should 'do something about it,' though he lamented many of the targeted states haven’t taken action since the election.
...
Several of these states, meanwhile, told NBC that the help they sought from the federal government didn’t come soon enough. Some state officials said they didn’t possess the right clearance level to properly communicate the details of the threats they faced ― an issue Manfra said is now being handled. Other states said they hadn’t received any assistance from DHS.
...
'There’s no doubt that some bad actors have been poking around,' then-FBI Director James Comey said in September of 2016. Johnson at the time said 18 states had asked for help in protecting their election rolls."
Discover more on this topic on AllSides.
Russia, Election: Presidential, Story Of The Week, News