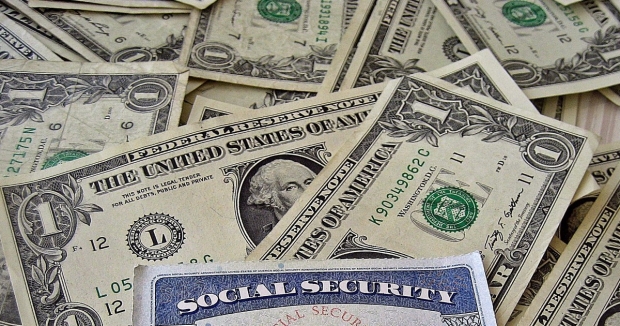 A social security card on a bed of money. 401kcalculator.org/Flickr

Social Security is sometimes described as the “third rail of American politics.”

It got this name in the 1980s because it was so popular among both Republicans and Democrats that if any politician dared to “touch” Social Security and cut it substantially, the politician’s career would metaphorically “die.”

In addition to bipartisan support for the program, Americans across the political spectrum also share some pessimism about the future of Social Security. A survey from Pew found that 84% of Americans who were not retired said that when they are ready to retire, Social Security will provide benefits at reduced levels or no benefits at all.

Finally, Democrats and Republicans agree with each other on some reforms to Social Security, including increasing certain revenues and reducing some benefits for younger or wealthier Americans.

From National Academy of Social Insurance (survey published in 2014)

This piece was edited by Managing Editor Henry A. Brechter (Center bias), and was reviewed by James Coan (Center bias) of Braver Angels. Correspondence can be directed to james@allsides.com.