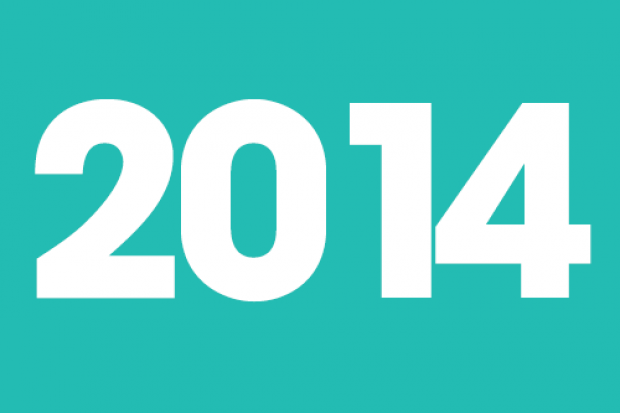 With every last gift unwrapped, the shared baked goods and hot chocolate become warm memories, and the nation starts reflecting on the year coming to a close. At AllSides, this is when we like to review what various political news sources are saying - in list form - about the last 12 months.
Snippets from the Right
Cultural Winner and Losers, 2014
Townhall
Winner: Washington Redskins. This is not about their win-loss record. From all the outraged protesters and their media supporters, it might sound counterintuitive, but there is zero momentum for changing the team name. The Federal Communications Commission recently acknowledged the obvious: "Redskins" is not a curse word that should be banned from TV. An Associated Press poll found only 14 percent of the public wanted a name change and 83 percent did not. Case closed ...
Loser: The "war on Christmas." It's been a quiet year for Christmas-hating atheists and their Satan statues. It's not a bad thing that everyone's tired of their antics...
Notable Quotables: Worst of the Worst 2014, Annual Awards for Year's Worst Reporting
Media Research Center
The Move Along, Nothing to See Here Award for Denying Obama’s Scandals: Jeff Zucker
“We’re not going to be shamed into it [covering the Benghazi hearings] by others who have political beliefs that want to try to have temper tantrums to shame other news organizations into covering something. If it’s of real news value, we’ll cover it.”  CNN Worldwide President Jeff Zucker to New York Times television reporter Bill Carter...
Snippets from the Left
Zephyr Teachout, Hands Up United and John Oliver Made Our 2014 Progressive Honor Roll. Who Else Made the List?
The Nation
Most Valuable Progressive: Elizabeth WarrenShe’s simply calling on Democrats to recognize that Americans don’t want caution and compromise; they want leaders who will fight on their behalf. As Warren said in an essential agenda-setting address at the summer gathering of Netroots Nation: “The game is rigged. And the rich and the powerful have lobbyists and lawyers and plenty of friends in Congress. Everybody else, not so much. So the way I see this is, we can whine about it, we can whimper about it, or we can fight back. I’m fighting back!”
2014’s Most Skewed, Misleading, And Wrong Pieces Of Climate And Environment Coverage
Think Progress
Network News Largely Ignores Major U.N. Climate Report. When the U.N. Intergovernmental Panel on Climate Change (IPCC) releases a report, it’s a pretty big deal. For its Fifth Assessment Report released in April... 309 were chosen as lead authors, and 436 as contributing authors... It was an enormous, momentous effort in scientific consensus.The results, too, were incredibly newsworthy. Among other things, the report concluded that even low levels of climate change over the next 100 years would result in the “breakdown of food systems” and an increase in violent conflict.
Snippets from the Center
Our 14 Most Popular Reads of 2014: Politico Magazine readers’ favorite stories of the year
Politico
9. Why Holder Quit: The backstory of how Obama lost his ‘heat shield.’ What’s clear is that Holder, for all the headaches he gave Obama’s team, filled a one-of-a-kind role in Obama’s administration and the president’s personal life that will likely never be filled again. On no issue is that more true than race—a subject on which current and former Obama administration officials and confidants of both men say that Holder has been willing to say the things Obama couldn’t or wouldn’t say.
The top 10 political stories of 2014
PBS Newshour
3. Polarization: The moderates are dying, if not altogether gone, in Congress. And Americans continue to be fascinated — or disgusted — by which corners we all fit into. Our Political Party Identification Quiz, which is still live and you can take here, was third only to election results and Ferguson. Right up there was our recap of how liberals and conservatives are worlds apart on issues beyond politics, like with whom they socialize, how big their house should be, or whether they should live near museums.
We liked that PBS Newshour highlighted political polarization as a top story in 2014 because it's a driving issue for us. We're working toward a better informed, less polarized world. Thank you for joining us in this mission!
- John and the AllSides team
News