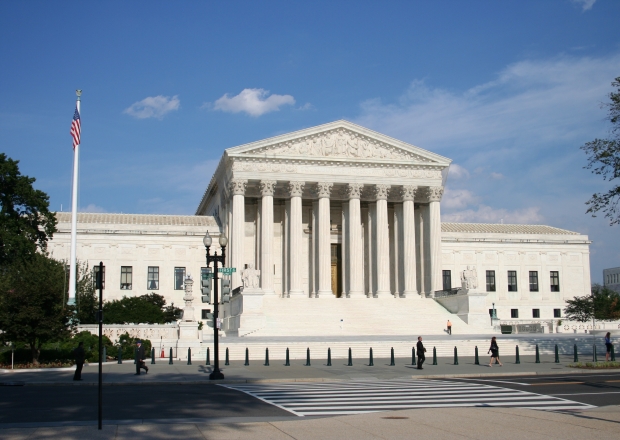 Yesterday, I was reviewing our front page here at AllSides. Though our technology and the crowd drives much of what you see on our site, one of the things we still do manually is assign a title to our Top Story, the three headlines on the same topic from differing perspectives at the top of the page. This process can be straightforward, or can be very tricky. This one was tricky.

On Monday, the Supreme Court listened to a case concerning President Obama's executive order that would allow millions of undocumented workers to avoid deportation. The question for the court - was Obama's action constitutional, enforcing laws passed by Congress but using its own discretion on how to do that? Or was Obama's action contrary to the laws passed by Congress, overstepping his authority and essentially assigning himself the power of law maker, a power reserved for Congress?

We titled the story "Immigration Battle at Supreme Court". At first blush, I thought we got the title wrong - this case is about Presidential power, not immigration. But on second thought, the court's decision will immediately impact immigration in the United States.

But here is the bigger factor. For better or worse (OK, for worse), what you think about immigration may determine your opinion on this constitutional question.

Not surprisingly, right leaning Washington Times, whose editorial board opposes amnesty, sees this as an unconstitutional over-reach. Also as expected, left leaning New York Times that supports Obama's immigration policies thought this action was well within the President's constitutional powers.

It appears that their conclusions about the constitution are heavily influenced by their opinion on immigration. (To be fair, the right tends to more strictly interpret the constitution while the left see it as much more flexible. But neither side is consistent with that view.)

It shouldn't be that way. Laws, like math, should come to a specific conclusion regardless of bias. You should be either innocent or guilty just based on your actions, regardless of who you are, how much money you have or how popular you are.

Well, human beings don't work that way. We even get math wrong when the conclusion goes against our beliefs. (In fact, the better you are at math, the more likely you will get it wrong when it contradicts you - see our AllSides' article "Do Political Beliefs Affect Math".

But it doesn't have to be that way, and people do reach beyond their biases all the time. Kudos to the USA Today Editorial Board for doing just that. In their editorial, they agree with Obama's immigration policies, but believe he has overstepped his constitutional authority.

Whether you agree with their conclusion or not, they deserve kudos for demonstrating that you don't have to have blind allegiance to a cause or policy, but can handle contradiction, nuance, and ultimately make reason judgements.

The world needs more of that.