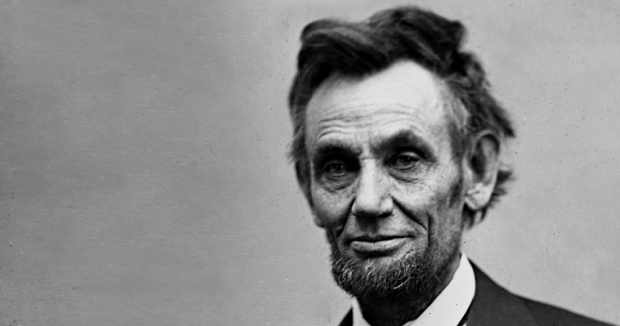 “We needed to hold our own people together. I had looked the party over and concluded that these were the very strongest men. Then I had no right to deprive the country of their services.”

Ever wish our elected leaders could breathe deep and do what it takes to work together? Maybe it’s time for our imagination to expand based on what’s already happened in this country’s history. At a time when things were bad that the country was coming apart, our nation saw one of the most brilliant representations of political collaboration in history. But as Lincoln's presidency began, events were unfolding in a very different direction.

It was Lincoln’s victory as President (without a single electoral vote from all 15 Southern states), that sparked seven southern states to secede as the newly declared “Confederate States of America.”

No doubt prompted, in part, by this moment of dangerous schism, Lincoln wisely chose to bring his three political rivals for his party's nomination into the cabinet, along with others who disagreed with him - including one Democrat. While the rest, as we might say, “is history," the insights from this singular experience 160 years ago should become a guidepost for our future. The story is documented in Doris Kearns Goodwin’s landmark Team of Rivals: The Political Genius of Abraham Lincoln (Simon & Schuster) and the Steven Spielberg-Daniel Day Lewis/Spielberg film adaptation Lincoln.

The best way to tell the story, as Goodwin does, is through the eyes of men who considered Lincoln (at one time) their bitter enemy - each of whom were shocked Lincoln had won, and initially convinced “the better man had lost.”

The best of us

Early after being appointed Secretary of State, New York Sen. William H. Seward challenged Lincoln's authority so directly that most other presidents would have likely dismissed him outright. But rather than making it personal and threatening to break up the administration, Lincoln spoke with him privately. When several weeks later Lincoln softened the tone of an overly harsh letter Seward was sending to Great Britain - warning them against recognizing the Confederacy - Seward began to recognize what was happening: “his magnanimity is almost superhuman," Seward wrote. "The president is the best of us."

Lincoln and Seward grew closer than any other members of the team - spending many hours together sharing stories and resting (Seward lived a block from the White House). As one of the President’s best supports, Seward frequently praised Lincoln publicly as "the best and wisest man he [had] ever known."

“...his magnanimity is almost superhuman, the president is the best of us." -- Secretary of State William Seward, who early in Lincoln's presidency made a direct challenge to his authority

The Democrat Edwin M. Stanton who had spoken harshly about Lincoln as a “backwoods bumpkin” was appointed to be secretary of war - and, like Seward, changed his opinion and forged a close relationship with the president. He ultimately proved to be one of the most effective war secretaries the country has ever had.

Stanton’s grief over Lincoln's assassination was more acute than almost anyone, speaking as the president finally passed away: "Now he belongs to the ages."

Lincoln's private secretary and confidant John Hay subsequently wrote to Stanton: "Not everyone knows, as I do, how close you stood to our lost leader, how he loved you and trusted you, and how vain were all the efforts to shake that trust and confidence."

Lincoln's relationships with Stanton and Seward were not unique relationships Lincoln had across sharp disagreement. Lincoln appointed another former rival, Missouri's distinguished elder statesman Edward Bates, Attorney General. Even Lincoln's Democratic opponent for the presidency ultimately came to feel respect for his rival. In the debates in the years preceding the presidential race, Senator Stephen A. Douglas said the following after hearing Lincoln was to be his adversary: "I shall have my hands full. He is the strong man of his party-full of wit, facts, dates-and the best stump speaker, with his droll ways and dry jokes, in the West. He is as honest as he is shrewd, and if I beat him my victory will be hardly won." After losing to Lincoln in the presidential race two years later, Douglas publicly stated: "You have nominated a very able and very honest man."

Despite the respect shared for Lincoln, certain others on the team had intense personal animosities and said such harsh things about each other, that at times they refused to be in the same room together. (Sound familiar?) More than simply personality conflicts, these men represented deeply different political opinion that imagined very different futures for our country.

As Goodwin states, “It's almost unimaginable” that Lincoln was “able to keep this group together.”

But he did, and he did so through our Civil War. By demonstrating how he himself rose above personal insults, Lincoln found a way to inspire others in the cabinet to attempt to overcome their own “petty rivalries.” In moments of great tension, he would sometimes use humor to bring people together - as depicted in this fantastic scene from the movie Lincoln (notice how War Secretary Stanton is not amused this time).

Speaking of his success in keeping this political team together, Goodwin points out , “As long as he could keep that coalition together by keeping these people inside the tent, he was actually keeping those strands in the country together as well.” In this way, as James McPherson writes, Lincoln “forged a team that preserved a nation and freed America from the curse of slavery” - providing even, “a new birth of freedom."

The conversations were not just cordial and harmonious - but instead, this team knew how to grapple together over difficulties. This is depicted in this scene from the movie Lincoln. That grappling also proved pivotal in refining and improving key decisions during the war.

Even in cases of great conflict, Lincoln found ways to transcend the bitter division. In the case of one man, Ohio Gov. Salmon P. Chase Man, who undermined Lincoln to the point of being dismissed from the cabinet - Lincoln even then refused to ignore his talent and intent. He went on to appoint Chase to the U.S. Supreme Court, “believing him the best man to secure the rights of newly freed black citizens.” In response to a question from Joseph Medill, the editor of The Chicago Tribune, about why he had made these appointments, Lincoln said: “We need the strongest men of the party in the Cabinet. We needed to hold our own people together. I had looked the party over and concluded that these were the very strongest men. Then I had no right to deprive the country of their services.”

In addition to historian Doris Kearns Goodwin, we give credit to James M. McPherson and his excellent summary of Goodwin’s work, Team of Rivals': Friends of Abe - an emeritus professor of history at Princeton University and the author of several books on Lincoln and on the Civil War, including "Battle Cry of Freedom."