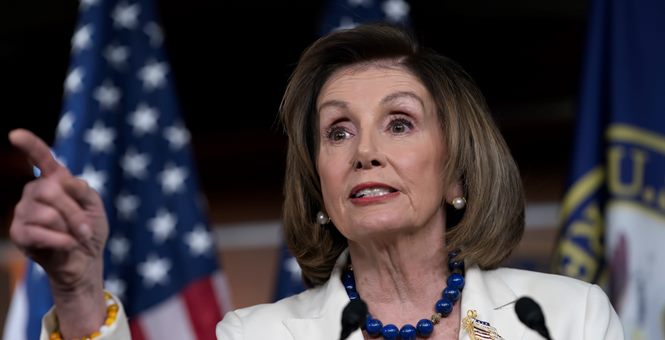 The Justice Department says that moving forward with the two existing impeachment articles reduces urgency to resolve the House's pursuit of McGahn, who's appearance before the House Judiciary Committee was blocked by the White House after he was subpoenaed in August to testify on Trump's possible obstruction of justice in special counsel Robert Mueller's Russia investigation. House Democrats argue that McGahn's testimony could render new evidence of impeachable offenses.

Bias in Hiring?: Recent research suggests that job recruiters discriminate based on political affiliation. AllSides' Julie Mastrine explores how that tribal tendency can be dangerous to our democracy.

"New court filings released Monday showed the House Judiciary Committee is still trying to enforce a subpoena for Don McGahn, the former White House counsel. The filings said McGahn needs to testify so the House can determine whether to add impeachment articles for conduct not covered in those approved last week."

"The filings come as Speaker of the House Nancy Pelosi has withheld the two articles of impeachment against President Trump for better terms in a Senate trial. She is reportedly withholding the articles in the hopes that more witnesses step forward or additional evidence against Trump is revealed."

Katie Pavlich: Pelosi's 'game' of withholding impeachment articles 'is being exposed as not having much to stand on'

"The House voted to impeach Trump last Wednesday, accusing him of committing high crimes and misdemeanors in connection with his efforts to pressure Ukraine to launch politically advantageous investigations. Pelosi, however, has not yet transmitted the articles of impeachment to the GOP-controlled Senate and has indicated that she does not intend to move to the next step in the process until Republicans provide details of their plans for disposal of witnesses and testimony."

"The latest filings did not detail what additional articles could be considered but stated that even if McGahn’s testimony or the grand jury material do not lead to new articles of impeachment, they could be used in an upcoming Senate impeachment trial."

"The Democrats' partisan impeachment push is getting even more interesting. It was revealed on Monday that House Democrats are considering adding additional articles of impeachment against President Donald Trump, Fox News reported. The revelation came about when a lawyer for the House Judiciary Committee Democrats filed a brief with the D.C. Circuit Court of Appeals, arguing that they must have former White House Counsel Don McGahn testify before the Committee as part of their impeachment proceedings."

"In a court filing Monday, lawyers for the committee said McGahn’s testimony remains essential even though the House has already voted to impeach Trump on two charges related to his interactions with Ukraine rather than on actions uncovered during Mueller’s Russia probe."

"Democrats on the Judiciary Committee subpoenaed McGahn well before the start this fall of an impeachment inquiry centered around Trump’s request to Ukraine’s president that he investigate Democratic rival Joe Biden and his son, as well as an unsubstantiated conspiracy theory alleging Ukraine’s interference in the 2016 U.S. presidential election."

"The court filing is the first submitted by Democrats as part of their probe since articles of impeachment were filed against Trump on charges of abuse of power and obstructing Congress. The charges relate to his bid to pressure Ukraine to announce an investigation into Joe Biden, one of the frontrunners for the Democratic presidential nomination."

"McGahn told Mueller's investigators that he had been ordered by Trump to fire Mueller shortly after his appointment as special counsel in 2017, but threatened to resign rather than carrying out the order. "

"CNN legal contributor Paul Callan said House Speaker Nancy Pelosi is "grasping" by not sending the articles of impeachment to the Senate and holding onto them in the House. Callan said Pelosi is "coming to the end of the road" of holding onto the articles in hopes of getting Senate Republicans to deliver concessions on an impeachment trial."I think she's grasping here, because there's really -- the Republicans hold all the cards in the Senate. The Constitution says that the trial of an impeachment is solely within the discretion of the Senate," Callan said Monday on CNN."

"The arguments made to an appeals court on Monday amount to a broad catalogue of Democrats' thinking about the two historic investigations of the President -- the Mueller investigation and the Ukraine investigation that led to the President's impeachment -- and how they fit together."

"Both the House and the Justice Department on Monday wrote a series of arguments to the circuit court, addressing how the impeachment of the President affects both the House's need for McGahn's testimony and the Mueller details. The Justice Department, representing the White House and McGahn as well as its own interests, has broadly argued that the courts shouldn't step in to give the House the information it seeks."

"Dueling court briefs over a House subpoena for McGahn's testimony have hardened the battle lines on an already divisive impeachment. Democrats' counsel argues that the investigations into Trump are ongoing even after last week's historic vote and any new information from McGahn could potentially lead to drafting additional articles of impeachment. The Justice Department, meanwhile, says Democrats squandered their opportunity to expedite the case by voting on impeachment articles that effectively ended their investigation and wants the lawsuit dismissed altogether."

Could Democrats impeach Trump twice? They might have to.

"While we wait for Mitch McConnell and the White House to figure out whether they can get away with beginning and ending President Trump’s impeachment trial in an afternoon, a provocative new question has been raised: Once impeachment is over, presumably with an acquittal in the Senate, could House Democrats impeach Trump for a second time?"

"The first thing to understand is that the mere fact that no president has ever been impeached more than once doesn’t mean that it can’t happen if the president’s behavior warrants it. There’s no “one and done” clause in the Constitution stating that Congress has only one opportunity to impeach, and if the president is acquitted then he has a free pass for the rest of his time in office."