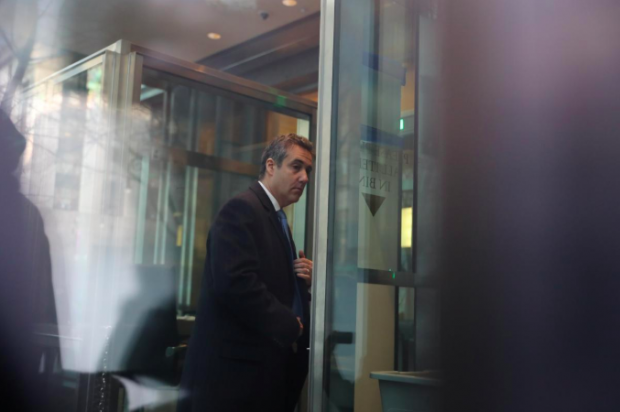 President Trump's former lawyer Michael Cohen has been sentenced to three years in prison for arranging secret payments to women who claimed to have affairs with Trump, neglecting to report millions of dollars in income, and lying to Congress about Trump's business dealings with Russia.
Some say that Cohen's admission of guilt implicates Trump in legal wrongdoing, as his former attorney claims the president ordered him to pay off the two women in question. Others dispute that any campaign finance violation occurred, as prosecutors would need sufficient proof that the payments were explicitly made to influence the 2016 presidential election.
Google news is biased, but not necessarily rigged. Sundar Pichai, the company's CEO, traveled to Capitol Hill on Tuesday to testify about perceptions of bias against conservatives. But lawmakers largely missed their opportunity to find out why the platform favors Left-leaning voices and dig into whether Google has a responsibility to combat polarization by providing diverse perspectives on the major issues of the day. Check out the full AllSides Google Bias Report.
Check out some other big stories this week: Senate Votes to End Military Support for Saudi War in Yemen and Unanimously Condemns Mohammed bin Salman, Trump Spars With Pelosi and Schumer Over Border Wall Funding, and Trade Deficit Hits Decade-High.
Snippets from the Center
Former Trump lawyer Michael Cohen sentenced to three years prison
Reuters
"Michael Cohen, U.S. President Donald Trump’s former personal lawyer, was sentenced to a total of three years in prison on Wednesday for his role in making illegal hush-money payments to women to help Trump’s 2016 election campaign and lying to Congress about a proposed Trump Tower project in Russia.
U.S. District Judge William Pauley in Manhattan sentenced Cohen to three years for the payments, which violated campaign finance law, and to two months for the false statements to Congress. The two terms will run concurrently.
Cohen pleaded guilty to the campaign finance charge in August and to making false statements in November."
Snippets from the Right
Former FEC commissioners: Trump-Cohen 'hush' payments not necessarily a violation
Fox News
"Michael Cohen's guilty plea and subsequent sentencing for campaign-finance violations and other crimes revived speculation about President Trump's potential legal exposure -- but some former Federal Election Commission members say neither of them necessarily committed a violation with hush-money payments to purported Trump paramours.
...
Hans von Spakovsky -- who served on the FEC between 2006 and 2008 -- told Fox News there would have been a lot of pressure for Cohen to plead guilty due to the more serious financial charges he was facing related to his business dealings.
But he argued the purpose and origin of the payments could be in dispute, and that's what determines whether a campaign-finance violation was committed.
...
However, other FEC commissioners see it differently. Former FEC Chairman Trevor Potter said there was evidence to suggest the payment was about influencing the election at a crucial moment when the Trump campaign was at its rockiest.
'Had it not been for the campaign, the evidence strongly suggests that Daniels would never have been paid,' he argued in The Washington Post."
Snippets from the Left
Michael Cohen Says Trump Almost Certainly Committed a Crime
Vanity Fair
"After he was sentenced to three years in prison on Wednesday for tax fraud, lying to Congress, and campaign-finance violations he said he committed at the president’s direction, Michael Cohen is going full John Dean. In an interview with ABC News’s George Stephanopoulos that aired Friday, the lawyer and fixer who was once so loyal to Donald Trump that he claimed he’d 'take a bullet' for him, said that not only did Trump instruct him to pay off Stormy Daniels and Karen McDougal, but he knew that doing so was 'wrong.'
...
Cohen’s assertions underscored the legal liability the former fixer may pose to the president through his cooperation with special counsel Robert Mueller, which began after he pleaded guilty to tax fraud and campaign-finance violations in August. In November, Cohen fessed up to lying to Congress about the nature and timing of Trump’s business dealings with Russia.
...
In the face of such evidence, Trump’s legal team has gradually shifted its defense. After initially saying he had 'NOTHING TO DO WITH RUSSIA,' the president this week claimed his dealings with the Kremlin constituted 'peanut stuff' that was actually 'very legal & very cool.' And after long denying that the president had any knowledge of the hush payments, this week Trump lawyer Rudy Giuliani told the Daily Beast that 'Nobody got killed, nobody got robbed . . . This was not a big crime.'"
Discover more on this topic on AllSides.
Campaign Finance, Michael Cohen, Donald Trump, Russia, Russia Probe, Robert Mueller, Story Of The Week, News