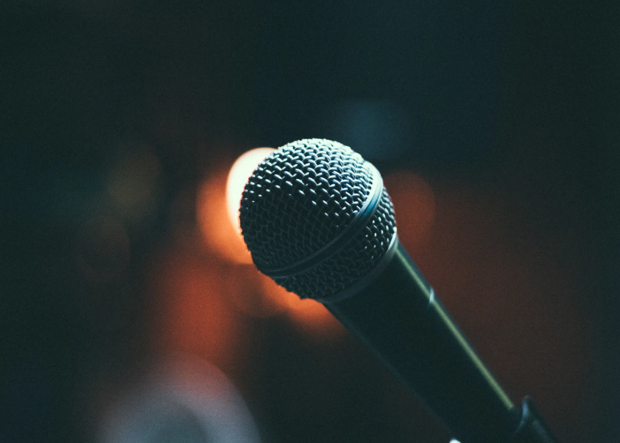 Comedy’s recent return to the national spotlight — with new Netflix specials from Dave Chappelle and Bill Burr, and the oops-on-second-thought firing of recently-hired Saturday Night Live cast member Shane Gillis — has brought passionate attacks on offensive speech, sweeping defenses of free expression, and the prevalence of “cancel culture” to the forefront along with it.

I’m going to go out on a limb and say we’re taking comedy, and ourselves, a bit too seriously.

Today’s Americans spend a lot of time talking about and working to solve social issues. Matters of demographic inequality and injustice dominate discussions everywhere from town halls to capitol hills. That’s the way it should be. We look out for each other, we call out issues, and we work together to correct them.

Comedy serves as a release from that, in part because it’s the one human activity in which nearly any situation can be spun for smiles. Whether any attempt at that is “good,” “bad” or something else is entirely subjective. It’s also within our most basic rights as members of a free society.

Gillis was fired from SNL Monday after a journalist surfaced a 2018 clip of Gillis making jokes about Asian people, in which he used racial slurs and other obscenities. An SNL spokesperson gave a statement saying the show had changed its mind about hiring Gillis, and Gillis issued his own statement on Twitter. In turn, the masses reacted to the apparent social-justice serving. Some paired applause for the firing with scathing takes on Gillis and similar comedy; others, especially comedians, were highly defensive, criticizing what some are labeling a “free speech crisis.”

Most people seem to forget that Gillis was simply doing what he and all other comedians do to make a career. He was trying to be funny.

Eddie Murphy, a legendary comedian and one of SNL’s favorite sons, is returning to host the show in late December for the first time since the mid-80s. Around the time he last hosted, Murphy was making his money off jokes like these (which he’d later apologize for), using them to build his status as one of the country’s great funnymen. Gillis, in making similar remarks, has seemingly suffered a major setback.

Murphy made his jokes during a stand-up routine. Gillis made his on a podcast. Both are examples of someone who gets paid to talk trying to be funny. It’s the listener’s right to think those jokes aren’t funny, just like it’s Murphy and Gillis’ right to keep yapping. And finally, it’s SNL’s right to fire either, or both, or no one. Love it or hate it, that’s how our democracy was built.

The type of “comedy” featured in the now-viral Gillis clip is highly offensive to many. Some would tell you it’s not so much humor as it is pure bigotry. Conversely, comedians like Trevor Noah and John Oliver have become wildly popular with a cleaner brand of comedy that comes off as informative as it does hilarious.

But the same free expression standard that gives voice to a small, ignorant few also irrevocably empowers millions of Americans to call out inequity, defeat corruption and own their democracy in a way most foreign populations cannot.

Democracy requires civility, and free expression is the channel for it. Allowing uncensored, unfiltered ideas to flow freely is essential to rationalizing society’s most complex, controversial features. Without the protection of free expression, working to understand each other and connect across divides becomes substantially more difficult.

Some of comedy’s most dicey subjects — race, sexual orientation, gender — represent areas where society is demanding progress. But comedy has never been an obstacle to that progress, nor will it ever be. If anything, comedy cuts to the heart of the matter unlike anything else, bluntly and without censorship, perking up our ears in the process. Cautious comedians aren’t typically effective; muting them eliminates one of the few spheres where these issues are discussed candidly.

Besides, can cutting off free thought really be healthy for society? Some academics argue that the abandonment of speech restrictions allows for the human mind’s fullest progression. Others maintain that regulating speech to its most effective state should be the goal. Either way, considering limits on free expression in any capacity should be done with the utmost discernment.

The world has a lot of problems, and comedy is meant to help. We’re reminded of all of society’s issues whenever we read the news or use social media; comedy has always served as a release from the stresses of everyday life, and we need it now more than ever. It manifests free expression, one of our coveted values, through art. And just like any other work of art you deem insufficient, you don’t have to consume or enjoy it.

Call out injustice. Fight for what you believe in. But allow each other to step back, sit down, and laugh on our own terms. It’s good for all of us.