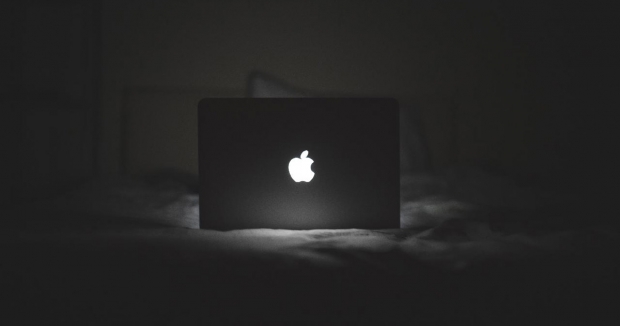 This piece is from a writer rated Center.

We live in the age of information consumerism. Forms of knowledge and data that in the past would've taken months to discern and study are now ingestible at the click of a button.

Considering the strides we've made in technology, it's easy to assume that we’re more informed. Yes, information is readily available. But at the same time, technology and mass media also means it’s easier than ever for data to be distorted and manipulated to warp your view. The opportunities for manipulating and distorting data to push a certain narrative have increased manifold.

Believing that all information is objective and nonpartisan, especially in the current time of polarization and political upheaval, is a big mistake. There are several ways in which data can be distorted or misleading.

"It's not an opinion, it's a fact. This graph proves it." When they're used well, graphs help us understand complex data. But what if the graph itself is misleading?

The two ways in which graphs can be misleading are:

(CAUTION: If the graph in question is a bar graph, then it's important to remember that the difference between the bars are not equal to the actual differences of values. Since bar graphs are scaled, the original value will be very different)

So the next time you encounter a graph, don't be misled by their lines or curves. Look closer for the hidden story it's revealing or concealing.

Note: A lot of research has been done on this topic by Lea Gaslowitz and Ted-Ed. To read more about this, you can check out their work here.

Statistics are not infallible or immune to skewing.

Statistics are often used to promote agendas by willfully masking relative factors. Statistics are a good source of information and may often be reliable, however, they're not perfect. It's not very easy to spot mistakes in them without a thorough perusal. However just knowing these facts and remembering them will go a long way.

It's no secret that almost all headlines have been crafted to compel their viewers to click on them. The problem arises when a headline convinces the reader that they're aware of the entire situation just by reading the headline. Very often, the actual piece is very different from what the headlines originally framed it to be, or the data is more nuanced than the media outlet lets on. Headlines are purposely made to attract attention. We can easily be fooled by them.

Many headlines should be taken with a grain of salt. Studies and statistics are often used to inflame your emotions and steer you away from considering any nuance or alternative information that would give a broader view.

Some examples of headlines that use data to compel you to click while eroding nuance are: are: “A historic percentage of Americans want Trump removed from office," “Studies: Hot beverages increase cancer risk."

Clickbait headlines are seen when digital media sites try to get clicks on their content and earn ad venue. Headlines or captions are specifically crafted to inflate emotion, interest, or shock — often using data — in order to capitalize on the audience's interest. However, the rest of the piece often fails to live upto the title's promises. Data is often distorted or simplified in order to craft clickbait, yet very few people actually know how to spot it.

Most clickbait makes wild, uncanny assertions, often making use of loaded language and trending terms to pique the individual's interest. Clickbait, too, can involve distorting or misleading data to garner your attention or interest. More often than not, it erodes nuance to inflame emotion. If the headline sounds too far-fetched, compelling and arouses any kind of emotional reaction, it's likely to be a clickbait. And if it seems like you already know everything there is to know by just looking at the title, yet still feel the need to click: It's definitely a clickbait.

It's important to keep in mind that the main motivation behind the use of a clickbait is to garner views and relevance, not rational thinking. Hence more often than not, the piece may not be very reliable. To truly assess the accuracy of such a piece, it's important to look at the original sources cited/hyperlinked to verify it for yourself.

Examples: “Study Shows How Face Masks Could Prevent a Second Wave of Covid-19 — But There's a Catch, "The Scary New Science That Shows Milk Is Bad for You," "'50% Of Americans' Is Trending On Social Media - What It Says About Our Divided Nation", “Chocolate Accelerates Weight Loss: Research claims it lowers cholesterol and aids sleep."

Even though confirmation bias isn't directly related to distorted data, it's still worth mentioning as it plays an important role in perpetuating misinformation and biases.

Confirmation bias is a tendency to look for, interpret, and recall information in ways that comply with our preconceived notions. Whenever we encounter objective facts on an issue, we usually look at them through the lens of our own opinions. As a result, the lines where the two coincide become unclear. This bias is strongest for emotionally charged issues, such as politics.

A media outlet can illustrate confirmation bias by focusing only on information, studies, and data that confirm a narrative it wants to push. It may ignore information or data that would contradict the media outlet’s desired policy aims.

Confirmation bias is a universal psychological phenomena that influences our interpretation of information, whether we know it or not. Accepting this fact, trying to identify your own biases, and making it a point to think objectively by balancing all sides of an issue is an antidote to the problem of confirmation bias.

For example, an individual who doesn't believe veganism is a healthy diet will be more likely to notice and accept data and news stories that illustrate the negative side effects of veganism on the environment and the human body. They may be more likely to assume the source of information is legitimate, which strengthens their own worldview. The opposite is also true — someone who believes in the merits of veganism will pay more attention to and be more likely to accept studies and data that solidify that worldview.

It's crucial to remember that like information, misinformation is also very widespread and it's never been easier to be fooled. Misleading data is often used to craft a narrative or distort your view. Keeping these dominant strategies in mind will help you navigate the confusing world of information, sources and data, as well as strengthen your objective reasoning skills.