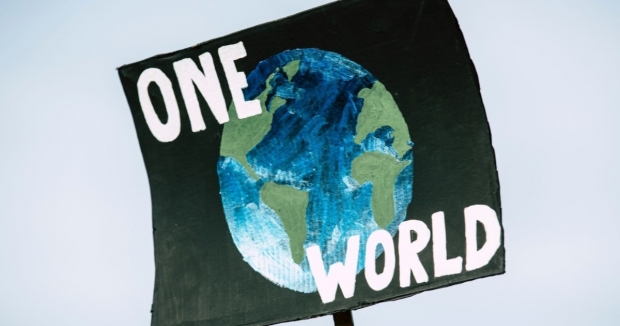 Photo by Markus Spiske from Pexels

According to a Pew Research study published in May 2021, young Americans are more likely than older Americans to support environmentalism. And while Democrats are typically associated with the environmentalist movement, some young conservatives have joined them in championing Mother Nature.

The American Conservation Coalition (ACC) is a conservative organization that is dedicated to rallying young conservatives behind environmentalism and market-based solutions to Climate Change.

Founded “in 2017 by a group of young conservative activists led by Benji Backer to change the narrative on what it meant to be a conservative and how that was compatible with environmentalist principles,” the ACC has experienced significant growth, spreading across the country with 130 branches, representatives on 220 college campuses, thousands of activists and 15 full time staffers.

Karly Matthews, ACC’s communications director, said the ACC has seen their Climate Contract “in action” since launching it in 2020. She pointed to several pieces of legislation and events, including the Trillions Trees Act, which is legislation to “conserve, restore and grow 1 trillion trees worldwide,” as an example of a recent natural solution; the Energy Sector Innovation Credit Act, which is “a bipartisan energy tax proposal to encourage innovation in the clean energy sector to help rapidly scale and diversify new technologies,” as a recent example of energy innovation; recent attempts to incentivize electric vehicles as examples of 21st century infrastructure; and the ACC hosting “the first ever global conservative climate summit” as a recent example of international engagement.

But how do the ACC's values compare with those of the Sunrise Movement — its liberal, Gen Z environmentalism compatriot that helped craft the Green New Deal?

You may be surprised to learn that the ACC actually values the Sunrise Movement’s contributions to the environmental movement.

“The Green New Deal representative Ocasio-Cortez and the Sunrise Movement have made environmentalism a frontline issue… and they deserve credit for that,” said Matthews.

Where the movements differ is that the ACC supports market based solutions to climate change.

“Instead of relying upon a top down government approach, we want to empower actors in the free market to address these challenges,” said Matthews. The ACC created the Market Environmentalism Academy, “an educational platform that hosts courses on a variety of environmental topics, from a pro-market perspective.”

Another difference between the ACC and the Sunrise Movement is the ACC’s focus on a version of conservation that includes farmers and sportsmen.

“[The ACC] believes in conservation, not preservation,” Matthews said. “We should be able to interact with nature.”

Thus, Matthews stressed the importance of including farmers and sportsmen in climate solutions, saying that they have too often been “scapegoated” and “disenfranchised.” The ACC has led campaigns, such as the Stand Up For Sportsmen campaign, that seek to highlight “the vital role outdoorsmen and women play in conservation.”

Despite these differences, the ACC and the Sunrise Movement are united behind the goal of fighting climate change, showing that environmentalism has the power to be a bipartisan mission for young Americans.

Jackson Lanzer is a freshman at the Elliott School of International Affairs at George Washington University. He has contributed to the Contested Politics Blog and the Bridge Alliance Blog, and he currently writes depolarizing articles for AllSides. Additionally, he is a reporter for the GW Hatchet, an independent student publication at George Washington University, and a researcher for the Onero Institute, a student think tank. Jackson has a Center bias.