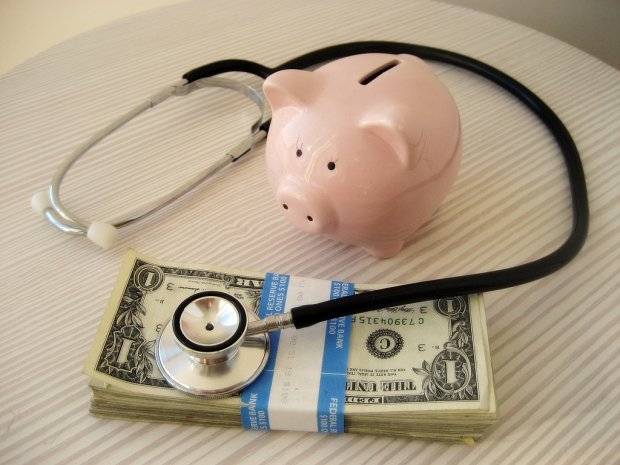 Editor's note - This is an opinion piece. For further reading and opposing viewpoints, check out Why does U.S. health care cost so much? The hidden-in-plain-sight answer or Why Is American Health Care So Ridiculously Expensive? And if you have read articles that provide alternative points of view not covered here, please send them to us.

It would be wonderful if government-controlled healthcare could effectively accomplish this. However, healthcare issues are business problems, and politicians are historically lousy businessmen. It’s no surprise the Affordable Care Act (ACA) is off to a rocky start. There are several valuable policies in the 11,000-page legislation, but the ACA doesn’t resolve one of the major issues that has contributed to the exponential cost of health care: the lack of competitive pricing for medical treatment.

Advocates of government-controlled programs point to other countries that provide good care with universal health coverage. However, European countries such as Great Britain and France are drowning in costs and their systems are becoming insolvent. We need to learn from their mistakes. The U.S. government already spends more of its revenue for healthcare than other OECD countries while providing its citizens less coverage. Getting costs down is the first step towards a sustainable system.

Our health care system is broken, but it’s difficult to contend that the free market is to blame. We really haven’t had much of a free market in the health industry in a long, long time. In fact, it’s fair to say that our health insurance industry problems stem from government intervention in the first place.

The way our system works, doctors don’t price competitively, nor do hospitals for diagnostic tests or procedures. A family can’t choose to save money by going to a large clinic for minor ailments like ear infections to see whichever nurse practitioner is on call.

American consumers shop and compare the prices and quality of goods and services ranging from groceries to housing. But as the National Center for Policy Analysis explains, “health care is the only major sector of our economy where consumers typically do not make decisions based on comparison shopping.” The statistics prove that when the government sets the cost prices rise dramatically. The cost of out-of-pocket elective surgeries has risen by about 30% since 1992. In comparison, the price of general medical care has increased an average of 118%. When consumers are incentivized to get the best price, costs stay lower.

As government programs grow, so do health care costs

The U.S. consumer is far removed from what medical care actually costs. Individuals pay their co-pay for drugs or services and think no more about it. When we go to the doctor for a routine problem and he orders a battery of tests, we don’t ask what those tests cost. Often the doctor himself doesn’t know, nor does he care.  That isn’t a good recipe for efficient pricing.

Since 1970, healthcare spending per capita has grown at an average of 2.4% faster than GDP. During that same period,the portion of U.S. healthcare expenses paid by government doubled from 24% to 49%. It’s been primarily Medicare and Medicaid that have set the costs for medical care since the 1960’s. Contrary to popular perception, the government already funds nearly two-thirds of U.S. healthcare costs. In 1960, before these government programs were instituted, 48% of healthcare costs were paid for directly by consumers. In 2014 it was just 11%.

In healthcare, as in other industries (such as the military), the government has demonstrated a poor job of controlling costs. As government-run programs became a larger percentage of the healthcare market, prices have escalated.

When I was a kid in the 1970’s and my dad was a self-employed house painter, he could afford to buy health insurance for his family. It didn’t cover a lot of things, including routine doctor’s visits. He wrote a check to the doctor when I had chicken pox, but knew that if I needed surgery he was covered.  He knew just what Dr. Jones costs for an office visit compared with Dr. Smith. Today it would cost an average of $160 for an office visit, out of reach for most low-income people.

The federal programs have been rife with wasteful spending and abuse. In 2008 Obama, like many other presidents before him, promised improvements that would cut waste and costs. But just as in the past, that hasn’t been the case.In 2015, the Department of Health and Human services found that Medicare and Medicaid wasted $251 million in just 18 months by overpaying for prescription drugs.

We need to make health care more accessible to everyone. Lowering costs is a vital element in achieving that goal. Given the dismal record of past government programs, it’s difficult to believe the current design of the Affordable Care Act will lower costs. All evidence demonstrates that any system in which the state sets healthcare costs leads to higher prices.

The only proven way to keep prices down is through consumer choice and competitive pricing. Health care won’t become affordable just because the government (i.e. the taxpayer) is footing the bill. No matter who puts the Band-Aid on the wound, the infection will continue to worsen until the cause of the ailment is treated.