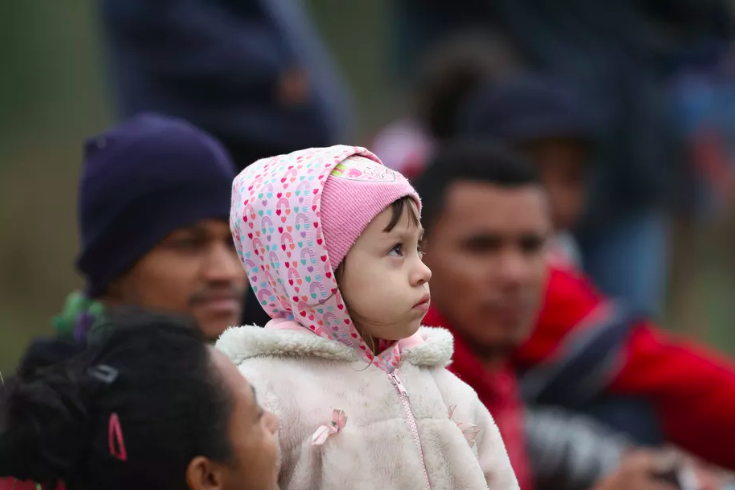 Claim: Approximately 1,500 immigrant children were lost by U.S. border security after being separated from their parents.

Background: A story ran in the New York Times on April 26 claiming the Department of Health and Human Services "lost track" of 1,475 migrant children. A month later, some Twitter users conflated this report with the Trump administration's new policy that separates immigrants from their children if they are caught crossing the border illegally. The children referenced in the initial NYT story arrived alone and were placed with sponsors, usually a parent or close relative. The government recently tried to contact 7,600 such migrant children, and 1,475 of them didn't answer the phone.

Takes from the Left:

Overall, left-leaning publications emphasized President Trump's zero tolerance policy as the paramount point of discussion, particularly after his May 26 tweet that blamed Democrats for "the horrible law that separates children from there parents once they cross the Border".

"Laying this on Democrats does not track with reality. The TVPRA was signed by Bush, and the Flores settlement is a court-approved agreement, not a law. Nothing required the Trump administration to separate children from their families until Sessions’s zero-tolerance policy made it a practical necessity."

"The Trump administration estimates that it has apprehended 638 adults trying to cross into the country without documentation since the new separation policy began. They were traveling with a total of 658 children.

This is beyond other family separations that occurred — perhaps as many as 700 of them, according to New York Times reporting — before the Trump administration announced this official change in policy.

And keep in mind that these individuals have not been convicted of crimes. Many are arriving in the United States planning to seek asylum from horrific violence in Central America, particularly Honduras, El Salvador, and Guatemala. The United Nations estimates that the number of refugees seeking asylum from these places has increased sixteenfold since 2011."

Takes from the Right:

"Last weekend a horrifying tale about the Trump administration “losing” 1,500 children was all over the Internet. The hashtag #Wherearethechildren went viral on Twitter. Adding fuel to the fire was a photo depicting children being kept in cages.

The only problem was that the children weren’t lost and the photo was taken during the Obama administration. The Left’s eagerness to embrace this “fake news” stemmed, according to the Times’s Amanda Taub, from “partisan polarization,” and as a result the tale “spread across liberal social media.”

Yet the problem goes a lot deeper than that. Anti-Trump readers and viewers may have fallen victim to confirmation bias, but prestige media outlets also deserve a lot of the blame. Even when such stories are later debunked, as this one was, these outlets habitually feed viral myths to the public and create a climate in which any anti-Trump claim seems believable. Instead of asking readers to engage in some introspection about their credulousness, liberal journalists should look at their own behavior."

"Democrats desperately want to take back the House, so they can investigate the Trump administration and impeach him, effectively shutting down his legislative agenda and weakening him for re-election. This is their top priority. To do this, they need high Latino turnout. Democrats must believe the only way to excite the base is to create false narratives and peddle them to constituency groups.

Here is the reality: Thousands of unaccompanied alien children are apprehended every month. This is not safe for a child and it is often the result of a human smuggling operations from Central America.

There are two separate issues: First, we should discourage unaccompanied minors from entering the U.S. illegally. Second, we should humanely and legally handle these children once they arrive here. I have no reason to believe this is not being done currently, but if it is, Congress should step in by providing oversight and changing the law."

END_OF_DOCUMENT_TOKEN_TO_BE_REPLACED
Go ad-free!   About these ads