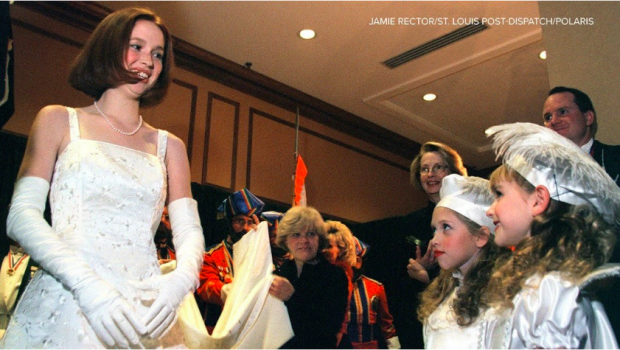 This viewpoint is from an author rated as Lean Right.

Unless you took an off-the-grid vacation in June, you’ve likely seen a myriad of headlines labeling Ellie Kemper of The Office and Unbreakable Kimmie Schmidt fame as the “KKK Princess” for an event she took part in 22 years ago, as a 19 year old college student.

It’s still unclear who first “broke” the story of Kemper winning a crown at the St Louis Socialite event known as Fair St. Louis, which, according to multiple reports, was known as The Veiled Prophet’s Ball until 1992.

The Veiled Prophet’s Ball was founded by Charles Slayback in 1878, a businessman and former Confederate soldier who believed St. Louis needed more socially elite events to compete with the rapidly growing Chicago, the River City’s chief economic competitor. African Americans and Jews were not allowed to participate.

According to the Atlantic, a 1972 protest organized by local civil-rights leader Percy Green changed public perception of the event, and it desegregated in 1979 after mass protests. Twenty years later, a teenage Kemper won the beauty pageant contest and was christened 1999’s “Queen of Love and Beauty.”

Much of the media outcry was sparked by images of a KKK-like hood used in Prophet’s Ball. However, many outlets failed to mention that the pointed white hood was not adopted by the Klu Klux Klan until 1915, when it was featured in the openly racist epic film Birth of a Nation.

Dozens of clickbait sites rushed to report on the story, running variations of headlines (including Meaww, which helped the composite photo go viral) that included the phrases “Ellie Kemper” and “KKK Princess,” along with mashup photos of Kemper alongside a drawing of a single costume used in the ball in 1878. 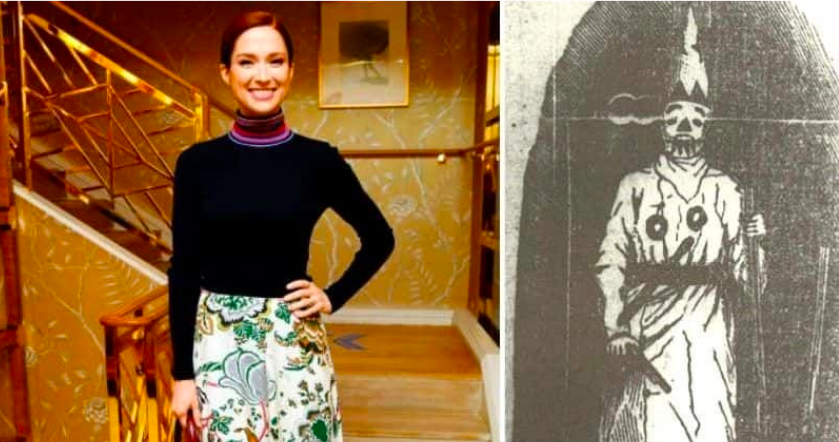 The biased headlines and photo mashup are meant to infer that Kemper willingly participated in a clone of a Klan rally. In reality, a St. Louis Post-Dispatch photo from 1999 shows that’s closer to prom than political insurrection. 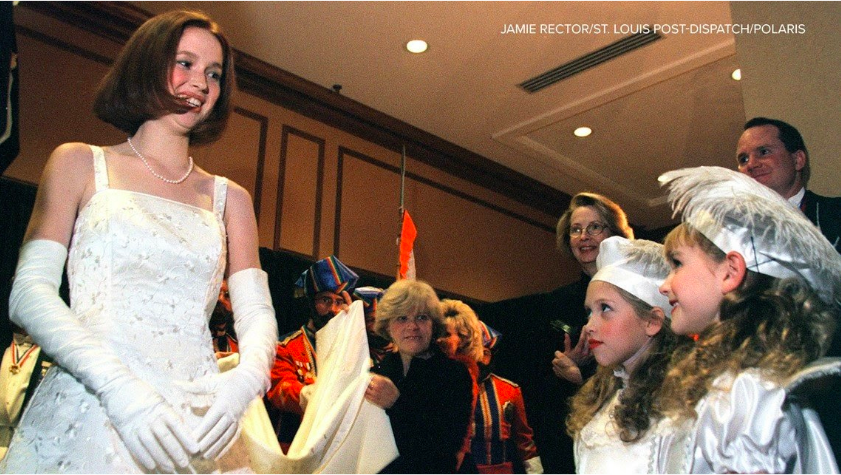 A tweet by freelance film critic Jon Negroni went viral, which again inferred that Kemper was a member of a secret white supremacist organization.

The tweet, which ventures into full-blown conspiracy theory (no evidence exists that Fair St. Louis is a cult), was picked up by Yahoo (Lean Left bias) and other outlets as part of a viral story that quickly spun out of control and moved away from hard facts in only a few hours. (Disclosure: Negroni was previously a contributor to Relevant Magazine at the same time I was writing for the publication).

In one of the more comical self-owns of the internet age, Yahoo also ran a story claiming that Kemper was innocent of the social crimes she was being charged for, and had a valid case to sue for libel (which, presumably would include Yahoo):

“But the specifics of a story like this matter a lot. Calling someone a "KKK princess" is a huge allegation and if untrue, as all the evidence here suggests, a pernicious charge. This Veiled Prophet group had a white hooded costume in the 1800s, but it predates the visually similar Klan costume by about four decades. There is no organizational link. That's not to say there's nothing racist or elitist in the group's history, but Kemper has not been burning crosses and murdering people.”

This week, Kemper apologized for the whole thing via statement on Instagram, saying of the event’s past transgressions “I was unaware of this history at the time, but ignorance is no excuse. I was old enough to have educated myself before getting involved.”

While it’s impossible to know what’s in Kemper’s head and heart surrounding the matter, it is worth taking note of how possible researching the history might have been in 1999, when dial-up internet was still the primary means of connection in most cities and Ask Jeeves was the top search engine.

As a relative newcomer to St. Louis, I’ll be the first to tell you the area has serious issues with racism and classism, both past and present. But every clickbait headline engaging in deceptive messaging around a former sitcom star shrinks the available news-hole to cover stories of substance that could lead to the betterment of the city.

Editor's Note: The original version of this perspective article incorrectly listed 1972 as the year the Veiled Prophet Ball desegregated and changed its name. We regret these errors; they've been corrected and additional historical context has been added.

Seth Tower Hurd lives in St. Louis with his wife and daughter. He writes The Five, a bi-weekly look at under-reported stories in news and culture. He is a partner in Fundfly, a student loans crowdsourcing solution currently giving away $599 towards your student loan balance (click here to win). He has a Lean Right bias.