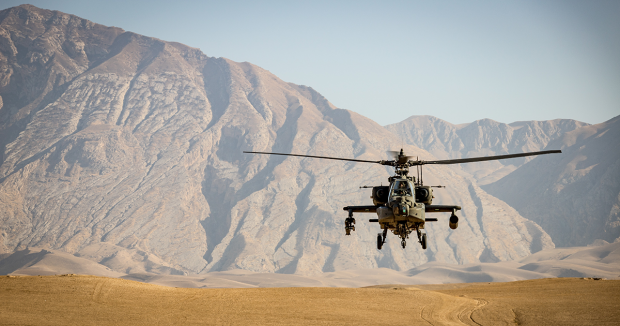 This piece originally appeared on The Conversation, which AllSides rates as Lean Left. It was written by Neta C. Crawford, a Professor of Political Science and Department Chair at Boston University. The writer's bias has not been rated.

The U.S. invaded Afghanistan in late 2001 to destroy al-Qaida, remove the Taliban from power and remake the nation. On Aug. 30, 2021, the U.S. completed a pullout of troops from Afghanistan, providing an uncertain punctuation mark to two decades of conflict.

For the past 11 years I have closely followed the post-9/11 conflicts for the Costs of War Project, an initiative that brings together more than 50 scholars, physicians and legal and human rights experts to provide an account of the human, economic, budgetary and political costs and consequences of the Iraq and Afghanistan wars.

Of course, by themselves figures can never give a complete picture of what happened and what it means, but they can help put this war in perspective.

The 20 numbers highlighted below, some drawn from figures released on Sept. 1, 2021, by the Costs of War Project, help tell the story of the Afghanistan War.

On Sept. 18, 2001, the U.S. House of Representatives voted 420-1 and the Senate 98-0 to authorize the United States to go to war, not just in Afghanistan, but in an open-ended commitment against “those responsible for the recent attacks launched against the United States.” U.S. Rep. Barbara Lee of California cast the only vote opposed to the war.

In other words, the U.S. Congress took 7 days after the 9/11 attacks to deliberate on and authorize the war.

At 7,262 days from the first attack on Afghanistan to the final troop pullout, Afghanistan is said to be the U.S.‘s longest war. But it isn’t – the U.S. has not officially ended the Korean War. And U.S. operations in Vietnam, which began in the mid-1950s and included the declared war from 1965-1975, also rival Afghanistan in longevity.

U.S. President George W. Bush told members of Congress in a joint session on Sept. 20, 2001 that the war would be global, overt, covert and could last a very long time.

“Our war on terror begins with al-Qaida, but it does not end there. It will not end until every terrorist group of global reach has been found, stopped and defeated. … Americans should not expect one battle, but a lengthy campaign, unlike any other we have ever seen,” he said.

The global war on terror was not confined to operations in Iraq and Afghanistan. The U.S. now has counterterrorism operations in 85 countries.

Most Afghans alive today were not born when the U.S. war began. The median age in Afghanistan is just 18.4 years old. Including their country’s war with the Soviet Union from 1979 to 1989 and civil war in the 1990s, most Afghans have lived under nearly continuous war.

There are, according to the U.S. Bureau of Labor Statistics, 980,000 U.S. Afghanistan war veterans. Of these men and women, 507,000 served in both Afghanistan and Iraq.

Of the veterans who were injured and lost a limb in the post-9/11 wars, many lost more than one. According to Dr. Paul Pasquina of the Uniformed Services University of the Health Sciences, of these veterans, “About 40% to 60% also sustained a brain injury. Because of some of the lessons learned and the innovations that have taken place on the battlefield … we were taking care of service members who in previous conflicts would have died.”

In fact, because of advances in trauma care, more than 90% of all soldiers in Afghanistan and Iraq who were injured in the field survived. Many of the seriously injured survived wounds that in the past might have killed them.

The U.S. has paid US$100,000 in a “death gratuity” to the survivors of each of the service members killed in the Afghanistan war, totaling $245.5 million.

More than 46,000 civilians have been killed by all sides in the Afghanistan conflict. These are the direct deaths from bombs, bullets, blasts and fire. Thousands more have been injured, according to the United Nations Assistance Mission in Afghanistan.

And while the number of Afghans leaving the country has increased in recent weeks, more than 2.2 million displaced Afghans were living in Iran and Pakistan at the end of 2020. The United Nations Refugee Agency reported in late August 2021 that since the start of that year, more than 558,000 people have been internally displaced, having fled their homes to escape violence.

According to the United Nations, in 2021 about a third of people remaining in Afghanistan are malnourished. About half of all children under 5 years old experience malnutrition.

The human toll also includes the hundreds of Pakistani civilians who were killed in more than 400 U.S. drone strikes since 2004. Those strikes happened as the U.S. sought to kill Taliban and al-Qaida leaders who fled and sheltered there in late 2001 after the U.S. invasion of Afghanistan. Pakistani civilians have also been killed in crossfire during fighting between militants and the Pakistani military.

In terms of the federal budget, Congress has allocated a bit over $1 trillion to the Department of Defense for the Afghanistan War. But all told, the Afghanistan War has cost much more than that. Including the Department of Defense spending, more than $2.3 trillion has been spent so far, including increases to the Pentagon’s base military budget due to the fighting, State Department spending to reconstruct and democratize Afghanistan and train its military, interest on borrowing to pay for the war, and spending for veterans in the Veteran Affairs system.

The total costs so far for all post-9/11 war veterans’ disability and medical care costs are about $465 billion through fiscal 2022. And this doesn’t include the future costs of all the post-9/11 veterans’ medical and disability care, which Harvard University scholar Linda Bilmes estimates will likely add about $2 trillion to the overall cost of care for veterans of the Iraq and Afghanistan wars between now and 2050.

The war in Afghanistan, like many other wars before it, began with optimistic assessments of a quick victory and the promise to rebuild at war’s end. Despite Bush’s warning of a lengthy campaign, few thought then that would mean decades. But 20 years later, the U.S is still counting the costs.