Fracking (short for hydraulic fracturing) is a term referring to technology that provides access to enormous amounts of domestic oil previously locked into shale deposits. This practice has become a flashpoint and symbol for the debate over whether there ought to be limits on what we are prepared to do to sustain our use of fossil fuels.

For one group of people, fracking is one step too far, a line in the sand - an environmentally destructive practice that is contaminating groundwater supplies and promising long-term negative repercussions, some yet unknown. It is also seen as extending our reliance on fossil fuels, thereby worsening climate change.

For another group of people, fracking is regarded as a marvel of technological innovation that has lowered fuel costs, increased energy independence, and weakened some of the most evil regimes in the world (Saudi Arabia, Iran, Russia, Venezuela). It also is seen as bringing (or offering) desperately needed economic revival, including employment, to downtrodden communities.

As with many environmental issues, reactions are often different when it comes to what happens close to home. Some people have become incensed by the potential dangers represented by fracking on land close to their homes and schools. Others have been buoyed by the economic revivals brought to their towns. And some people have switched sides on seeing either the dangers (e.g., water contamination) or benefits (e.g., revitalization of depressed areas) for themselves. 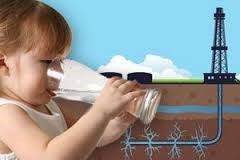 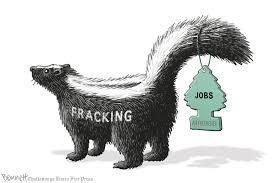 Improve this page! The definition for "Fracking" is not complete.