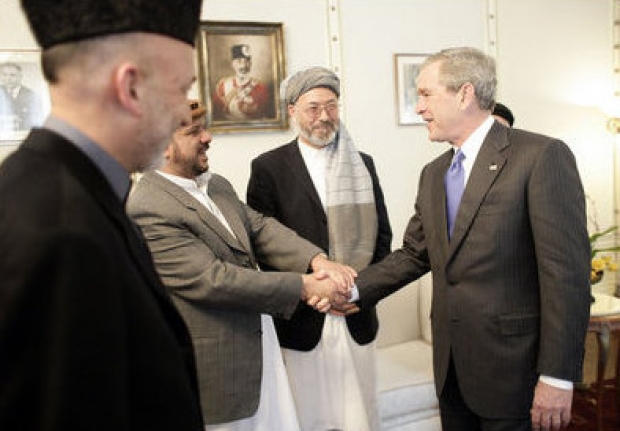 When a politician from the opposing party passes an unjust law, or engages in something you consider wrong, you’re justifiably outraged. But are you willing to overlook a transgression by a politician from your own party?

Are you willing to switch your opinion on an issue based upon which politician voted for it? Do you value your commitment to a political party more than the constitutional rights of others? Are you willing to forgo basic American rules of law for your party?

You may be surprised to learn that in recent years Americans have demonstrated a willingness to choose party loyalty over independent thinking and defending our principles of government.

History proves this is nothing new.

Americans’ opinions on the National Security Agency’s expansion of powers is a good illustration. The NSA was originally created during World War II as a small defense unit employed to decipher coded communications. It was gradually expanded to become one of the largest intelligence organizations in the U.S. government. George W Bush widened the scope of the organization during his War on Terror, authorizing the agency to secretly spy upon whoever it chose, without warrants or any other checks required. This included eavesdropping on Americans’ phone calls and collecting email communications without disclosing these actions to the public.

In a 2006 Pew survey, just 23% of Republicans disagreed with the new NSA policy.

Complaints from Republican ranks were rare, and vehemently resisted by the GOP. When conservative columnist Glenn Greenwald questioned Bush’s authority to spy on Americans he was demonized by fellow Republicans. “Now, in order to be considered a ‘liberal,’ only one thing is required – a failure to pledge blind loyalty to George W. Bush,” Greenwald wrote in his own defense.

Bear in mind that ‘liberal’ is the worst insult a Republican could lay upon a fellow party member.

On the other hand, 61% of Democrats found the new NSA policy unacceptable. Opponents pointed out this type of public tracking granted unconstitutional powers that negated Americans’ Fourth Amendment rights prohibiting searches and seizures without a warrant supported by probable cause.

When running for president, Barack Obama featured NSA’s surveillance in his campaign, giving eloquent speeches about protecting the rights and privacy of Americans even as the government defended against terrorist threats. “[The Bush] administration puts forward a false choice between the liberties we cherish and the security we provide,” Obama stated. He promised to “take out the terrorists without undermining our Constitution and our freedom. That means no more illegal wiretapping of American citizens.”

But when Obama reached office, little changed at the NSA. In 2010 his administration defended NSA policy, arguing that governmental agencies can tap into cell phones because Americans enjoy no “reasonable expectation of privacy” when using their phones. Department of Justice lawyers claimed that “a customer’s Fourth Amendment rights are not violated when the phone company reveals records to the government.”

What did change, however, was the public’s opinion of the surveillance.

A 2013 poll Pew study found that the percentage of Republicans who found the NSA surveillance program unacceptable more than doubled to 47%. Meanwhile, Democratic opinion had shifted to almost the exact opposite of what it was under Bush: now only 34% found it unacceptable.

But perhaps the most significant outcome was that, because our nation is fairly equally divided between Republican and Democratic voters, the overall acceptance rate of the NSA program stayed nearly unchanged under both administrations: just over half of Americans found the surveillance program acceptable.

In other words, a slim majority of Americans gave their consent for government to track their movements and take note of their every conversation, with no transparency and without providing justification. The only difference is that now, more Democrats are in that majority than Republicans.

Had Republican candidate Mitt Romney won the presidential race against Obama in 2012, and proceeded to act in exactly the same way as Obama has, would the partisan ratios in the 2013 opinion polls be very different? The evidence says yes.

Why does this happen?

Often, when a nation is divided among different cultural groups or creeds, our ‘tribal minds’ want to be sure “one of us” is in charge. Students of history are familiar with peoples who have not only tolerated, but often enthusiastically supported the unchecked power of monarchs and rulers, as long as he was considered “one of them.”

When Americans base their values and political identity on a party, their priority is to make sure their guys stay in power. Faith in their party’s leadership make them feel so safe that they’re even willing to relinquish their freedom and privacy. Loyal Republicans believed the Bush administration would use their newfound powers wisely; dutiful Democrats admired Obama, and had no doubt he’d employ the surveillance program only for the common good.

But even if that trust is justified, once that authority has been granted to one politician, it’s almost impossible to reverse. No matter who’s elected next time. This means that if you aren’t comfortable granting a particular power to your most despised politician, that power shouldn’t be in the hands of government.

Voters can’t complain about politicians’ misuse of power when they themselves contribute to the problem. Blind faithfulness in politicians and parties not only risks our civil rights, but our ability to think clearly about politics as a whole.