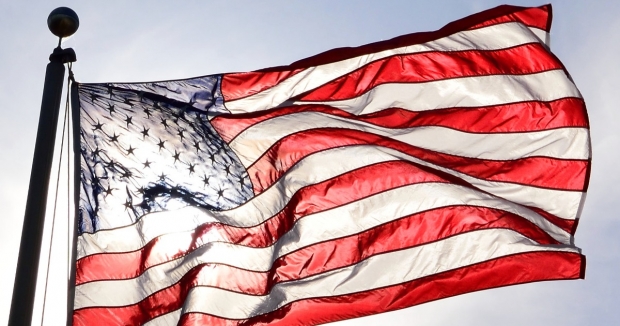 I was confounded when reading a recent Quinnipiac University poll in which only 55% of Americans said that would they would stay and fight if we were invaded like Ukraine, while 38% say they would flee. As we watch Ukrainian farmers and families deploy tractors and Molotov cocktails to defend their country, I find these survey results disheartening. It is time to turnaround our understanding of the American dream and rebuild the value proposition for our freedom.

President Reagan often spoke of the magic and miracle of the American style of democracy while cautioning that “Freedom is a fragile thing, and it’s never more than one generation away from extinction.” He advocated that we must fight for it and defend it. Hundreds of thousands of men and women in uniform died for it, and 1.4 million currently serve, yet our appreciation for their sacrifices and commitment is disturbingly weak.

Let’s remember just a few reasons why they fight, and why we should, too.

First, our Constitution was written to protect our freedoms—speech, religion, press, assembly, petition the government. Today, these freedoms are guaranteed to every American at birth or through naturalization making us a magnet country for the world. In many ways, these freedoms are still being challenged, and we must continue that fight home and away.

Second, we have access to information from a variety of sources and the choice of what we read and believe.

As Americans, it’s hard for us to comprehend the depths authoritarian governments will go to block content. Over the last 30 years, alternative channels including talk radio, cable TV, podcasts, and new media operations exploded across the country.  If you don’t like one source, you can choose another. Compare this to China where citizens cannot access TikTok, Facebook, and YouTube as the government tightly controls the flow of information.

During the Russian invasion of Ukraine, we are beginning to acknowledge that digital warfare is a required diplomatic and military tool. Online freedom fighters actively deploy coordinated efforts to overcome free speech barriers.  The hackers of Anonymous continue to break through the media and digital Iron Curtain created by Putin’s government and claim to have interrupted Russia TV by streaming war footage directly to the Russian people instead. The New York Times covered the novelty of actions led by Ukraine’s Zelensky Vice Prime Minister, Mykhailo Fedorov, who became an instant global superstar when he tweeted a request for support to Elon Musk asking for Starlink stations. Fedorov orchestrates aggressive actions by volunteer hackers combined with a wide variety of digital tools to deliver information to the Russian people, the broader world and chastise brands who have chosen not to disinvest from Russia.  Due to their diligence, access to information is now seen as a basic human right.

Third, Americans have freedom of movement. Our forefathers were the first to show that if you don’t like where you live, you can move!

Whether it was the initial founders escaping religious intolerance or pioneers heading out to the Great Plains and the Gold Rush, Americans have been uniquely transitory.  Our fathers and forefathers left their countries of birth to move here, and once they arrived continued their journey until they found the right location for their families. Most recently, we have seen migration from one state to another based on beliefs, economics--incentives and costs. States are competing for your families and your business.

Freedom of movement worldwide accelerated after the fall of the Berlin Wall. It’s hard to remember when we could not jump on a plane and go almost anywhere we wanted to visit, but I remember vividly when 23 countries known as “Captive Nations” were under the control of communist and non-democratic governments. My generation witnessed stories of the heroic effort of individuals who escaped from these countries because average citizens did not have permission to leave, nor could multinational business operate with the fluidity that they do today as they move talent and capital around the globe.

One reason this war may be tangible to the average working American is because our LinkedIn colleagues are posting photos of employees — our colleagues — who are dying in the invasion or have connections in Ukraine that they are just now finding out about.

As we review the polling data, it's time for us to step back and understand that there is no place to flee – we have already fled to America. If the USA loses its freedom, so does the world. It is as simple as that.

Lisa Gable is the author of the USA Today Bestselling author of the book, Turnaround: How to Change Course When Things Are Going South. She has a Right bias.

This blog was reviewed and edited by Managing Editor Henry A. Brechter (Center bias).