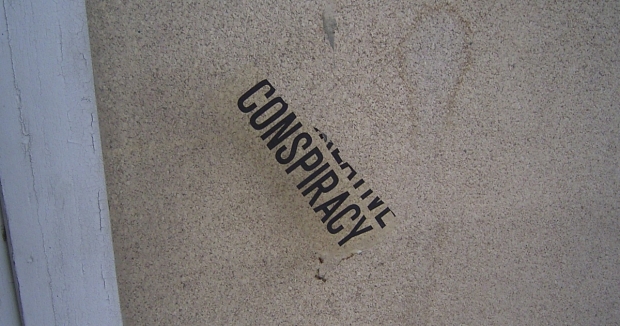 The coronavirus pandemic led to the emergence of conspiracy theories about the origins and nature of the new virus. In part reflecting intense political polarization in the United States, conspiracy groups like QAnon have risen in popularity. Considering the fact that conspiracy theories can often have substantial negative real-world consequences, it is important to understand factors that lead to the adoption of conspiracy beliefs.

This is what seven researchers did in their 2019 review of literature on the issue of conspiracy theories.

First, the researchers offered a definition of conspiracy theories: “attempts to explain the ultimate causes of significant social and political events and circumstances with claims of secret plots by two or more powerful actors.”

Next, they presented psychological, demographic, and political factors that are often correlated with conspiracy beliefs. Some research suggests that those who have less income, lower level of education, are unemployed and members of ethnic minority groups are more likely to believe conspiracy theories.

Many scholars have also argued that some people may have a predisposition towards a conspiracy mindset, adopting several conspiracy beliefs at once. Believers in a particular conspiracy theory often justify the lack of support for their belief by another conspiracy theory.

Conspiracy theories, by providing a comprehensive and apparently self-consistent framework for understanding reality, allow people to stick to their beliefs when faced with a chaotic and unpredictable world, thereby reducing stress and anxiety. This suggests that epistemic and existential motives — the desire for meaning, certainty, and control and security — are factors that draw people to conspiratorial thinking. This hypothesis is supported by research that finds that conspiracy beliefs are stronger under the conditions of uncertainty and when people feel anxious or powerless.

To cite an example, Adam M. Enders and Joseph E. Uscinski wrote in The Washington Post last May, “Choosing to believe that the coronavirus is a hoax or that the threat has been strategically exaggerated for political purposes — two popular variants of covid-19 conspiracy theory — can reduce anxiety by playing down the severity of the circumstances. A purely psychological effect, to be sure — but, then again, we primarily live in our own heads.”

Identification with a social group and the desire to maintain its positive image is another factor seen as a contributor to conspiracy theories. For example, according to Uscinski and Joseph M. Parent, the likelihood of the emergence of a belief that there is a conspiracy against one’s group is higher when members of this group see themselves as being threatened and underprivileged, or when it is on the losing side of a power symmetry. Uscinski and Parent analyzed letters to the editor of The New York Times from 1890 to 2010 and found that “when a Republican was president, the resonant conspiracy theories tended to accuse Republicans and big business of conspiring, but when a Democrat was in office, the conspiracy theories tended to accuse Democrats and socialists of conspiring.”

However, in a recent email exchange, Dr. Uscinski noted that the literature on this has become more complicated in the past year, so sometimes uncertainty, anxiety, and powerlessness matter for believing conspiracies – but sometimes they do not.

This ingroup-outgroup mentality also feeds partisan beliefs that one’s political opponents are more likely to be engaged in conspiracies and other forms of malignant activities. Closely connected to the issue of partisanship is motivated reasoning, or biased assimilation — analyzing information in ways that confirms one’s views — which could be another factor that leads people to embrace conspiracy theories.

According to Uscinski, Darin DeWitt and Matthew D. Atkinson, “many of the broad claims about the Internet’s influence over conspiracy theorizing are overblown,” because a) conspiracy theory websites are not very popular, and their traffic trails far behind that of mainstream sources, b) much of the Internet discussions of conspiracy theories are negative, and c) there is no evidence to support the hypothesis that people are more conspiratorial today than before the advent of the Internet.

Other research has shown that conspiracy theories can spread within online communities in which users already agree with them. This process also can split the Internet into information bubbles and contribute to political polarization.

Conspiracy theories can decrease trust in the government and institutions and have the potential to pose threats to public safety. Considering serious societal consequences of conspiracy theories, it is important to understand their origins so the most effective steps can be taken in response.

Sukhayl Niyazov is an independent author and volunteer at Braver Angels. His work has been published in The National Interest, Human Events, Global Policy, Areo, Towards Data Science, and other publications. Sukhayl has a Center bias.
This piece was edited by AllSides.com Managing Editor Henry A. Brechter (Center bias), and was reviewed by James Coan (Center). Correspondence can be directed to james@allsides.com.