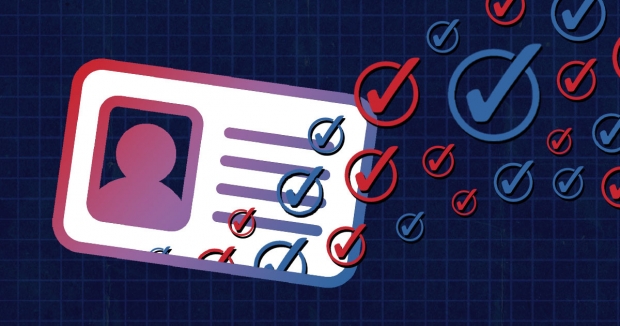 In the aftermath of the 2020 Presidential Election, a lot of debate has ensued around election procedures in the United States — heightened by allegations of voter fraud or voter suppression — which has led to hundreds of laws being proposed in nearly every U.S. state that would make significant changes to the voting process. Many of these are often referred to as voting “restrictions” while the other side sees a deliberate reduction in safeguards that are required to keep elections secure.

But what do most Americans really think about the issue?

According to a poll conducted by YouGov, about 38% of U.S. adults “think that it should be easier” for people to vote in U.S. elections, compared to 31% believing it should be made “harder” and 30% not sure or believing that no change is necessary.

At first glance, it appears that we’re divided yet again on a controversial issue, or that there’s no general consensus one way or another. However, we might agree more than we perceive.

U.S. adults favor many voting proposals, with a majority of Republicans and Democrats at least somewhat in favor of allowing convicted felons to vote after serving a sentence, expanding in-person early voting, and making Election Day a national holiday, for example. Also notable is that requiring photo identification to vote — long criticized by Democrats as a method of voter suppression  — is something most people in both major parties support.

A recent poll conducted by Monmouth University shows that about 62% of Democrats and 91% of Republicans support requiring photo ID for voting, with no significant differences across demographics such as race or income. The Associated Press found that there is a lot of bipartisan agreement around photo ID requirements, with 72% of U.S. adults in favor. However, studies show that Republicans are more likely to strongly favor photo ID requirements (81% strongly favor, compared to only 30% of Democrats).

Advocates for photo ID requirements argue that they prevent misconduct or fraud, are a check against electoral errors (such as being misidentified at a polling place), and restore citizens’ faith in the core integrity of the voting process. In fact, about one-third of registered voters lack confidence in the 2020 Presidential Election being fair.

The thinking goes, if photo identification is required to verify your identity when driving, flying, getting a job, and sometimes even when buying groceries, shouldn’t it also be mandatory when exercising one’s most fundamental rights as a U.S. citizen?

Critics of photo ID often argue that such a requirement is a form of voter suppression, an issue that about two-thirds of Americans are at least somewhat concerned about. According to the Brennan Center for Justice, more than 21 million U.S. citizens may not have a valid government-issued photo ID, particularly among ethnic minorities, the elderly, and lower-income individuals. Critics also argue that voter fraud is extremely rare; that it is only a solution to a fabricated problem that doesn’t exist.

A large study from 2019 published in the National Bureau of Economic Research found that photo ID laws do not have a discernible negative effect on voter turnout nor voter fraud for any racial, gender, party affiliation, or age group. Maybe the issue doesn’t have as real of a consequence on voter fraud or voter suppression as we might imagine?

As states increasingly pass laws requiring photo ID to vote in American elections, time may only tell the type of impact — real or perceived — that sweeping voting reform will have on the electoral process.

What most people agree on, regardless of where they lie on the political spectrum, is that change is needed to improve the voting process in the United States.