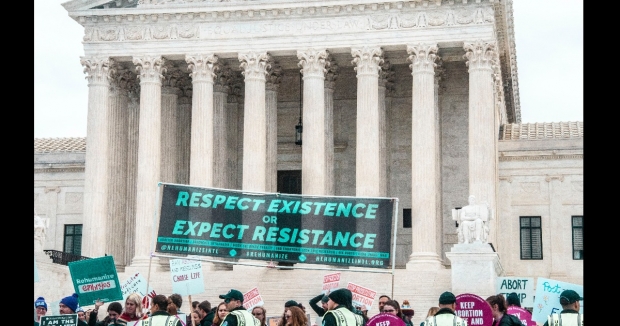 From the Center: This viewpoint is from a writer rated Center.

No less of a pro-choice advocate than the late Ruth Bader Ginsburg was consistently critical of the Supreme Court’s seminal Roe vs Wade decision which protected a pregnant woman’s ability to have a legal abortion. Ginsburg supported the legal protection for a woman’s right to choose, of course, but she also suggested that the Court had issued an unnecessarily sweeping decision in Roe and that the broader issue might have been best decided through the political and legislative processes.

Almost fifty years after the decision was handed down, almost thirty years after she was named to the Supreme Court, and less than a year after her death, Ginsburg’s former colleagues may be unintentionally providing the opportunity for her preferred course of asction to be realized. By agreeing to hear a Mississippi case that would severely restrict the availability of legal abortions in roughly half the states in the country, the Roberts-Barrett Court may have set the wheels in motion for Congress to address this highly emotional issue in the runup to next year’s midterm elections.

When the Court announced that they would hear the Dobbs vs Jackson Women’s Health Organization case, based on a Mississippi state law that would ban most abortions after 15 weeks of pregnancy, they indicated that they would be examining the question of: “whether all pre-viability prohibitions on elective abortions are unconstitutional.” If a group of six pro-life justices come to the expected conclusion that such bans are not automatically unconstitutional, then they will have the option of either dramatically limiting Roe’s reach or overturning it altogether.

Either way, since the case will be heard when the new court session begins this fall and a decision would likely come next spring or summer, the abortion debate will be dropped right into the middle of an already-heated campaign season. In recent years, the issue has been more effective at motivating pro-life voters to the polls than pro-choice advocates, but that dynamic could reverse itself if supporters of abortion rights see their beliefs in such existential peril.

But even before the Court announces its decision, pressure from progressive activists, women’s rights organizations and other party loyalists will build on Congress to pass legislation codifying Roe’s protections into statute. Decades after Ginsburg first theorized that this option would lead to a more durable outcome for abortion rights, a Democratic-controlled House of Representatives could pass a bill establishing legal protections for the procedure without much problem. Speaker Nancy Pelosi would see this as a seminal conclusion to her own career, and a fitting achievement with which to head off into retirement.

The challenges for Chuck Schumer are more complicated, as his slim Democratic majority in the Senate would only be able to send the legislation to President Biden if they removed the filibuster. But it’s reasonable to assume that an issue so seminal to the party faithful would provide more motivation for his caucus to come together to pass even a temporary suspension than less emotional policy matters.

We know that convincing Democratic senators to set aside the filibuster for infrastructure investment or unemployment benefits has been a tough sell, but keeping abortion legal might be a slightly easier hill for Schumer to climb. Filibuster supporter Kyrsten Sinema of Arizona is ardently pro-choice, and even if perennial holdout Joe Manchin does not sign on, it’s not difficult to imagine a Republican such as Susan Collins or Lisa Murkowski providing the fiftieth vote in his stead.

Biden recognizes that this is an issue that deeply splits the nation, and the combination of that political reality and his own Catholic upbringing tend to make him fairly circumspect on this issue. Many of the working class voters who helped him carry states like Michigan, Pennsylvania and Wisconsin last November are pro-life, so he will not lead this charge himself. But he would certainly sign this legislation during a fight for control of Congress next year, and the lack of a White House signing ceremony would not preclude Democratic House and Senate candidates from running hard on the issue all the way through until November.

That Ginsburg’s preferred path for protecting abortion rights may be achieved by Donald Trump’s Supreme Court nominees is thick with irony. But when facing a 6-3 Supreme Court for the foreseeable future, pro-choice advocates may decide that such irony is a useful tool.

Want to talk about this topic more? Join Dan for his weekly webinar “Politics In The Time of Coronavirus: https://lawacth.force.com/LightningMemberPortal/s/lt-event?id=a1Y3h000001KSg4EAG. Or read more of Dan’s writing at: www.danschnurpolitics.com.