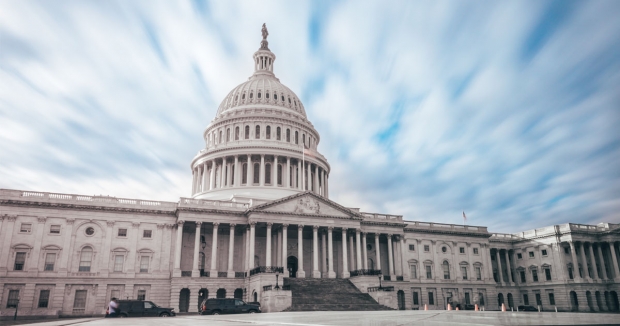 Has Donald Trump abused his power? How do his actions stack up to other Presidents in recent history? When people have thought a President used his office for personal gain or to unfairly advance his own political career, things have turned chaotic. Here are some top examples of alleged abuse of presidential power for personal gain in the last 50 years — and the consequences.

The second article of Nixon’s impeachment concerned abuse of power, and it explicitly cited the misuse of the IRS and FBI. According to the articles of impeachment, the Nixon administration got confidential information through the IRS and caused IRS audits and investigations “to be initiated or conducted in a discriminatory manner.”

Nixon was also charged with directing the FBI, Secret Service, and other personnel “to conduct or continue electronic surveillance or other investigations for purposes unrelated to national security” and prompting the “concealment of certain records.”

We all know the consequence of these actions and others, such as the burglary of Democratic National Committee offices in the Watergate. Nixon resigned from office, placing Vice President Gerald Ford into the Presidency.

One month after Richard Nixon resigned from the office of President, his successor Ford pardoned him for any crimes he might have committed against the United States while President.

For Ford and many supporters, this pardon was brave and in the best interests of the country to help it move forward. Ford started his presidency stating that “our long national nightmare is over.”

For others, it was extremely controversial and some Democrats charged that there might have been a “corrupt bargain” - leading Ford to testify before the House Judiciary Committee. Some thought it destroyed his credibility and unjustly denied the country the opportunity to bring charges against Nixon.

Gerald Ford lost the next presidential election to Jimmy Carter (electoral vote 297 - 240, popular vote 50% - 48%). After the pardon, his approval rating dropped from 71% to 50%. He and historians agree that the pardon was one of the chief factors for why he lost the election.

Although Clinton was impeached by the House and then acquitted in the Senate, those charges were not explicitly about abuse of Presidential power. However, there were two other notable controversies within the Clinton administration that alleged abuse of power.

The White House Director of Personnel improperly requested and received confidential security files from the FBI, including those of Republican employees and top presidential advisors from previous administrations. The concern was that top officials within the administration, including First Lady Hillary Clinton, requested and read those files for their own political purposes. Both the First Lady and President Clinton were later cleared of involvement.

Clinton’s pardons were very controversial. One set of pardons was so unpopular that Congress voted to formally condemn them by huge margins (Senate 95-2, House 311-41). And then on his last day in office, Clinton pardoned Marc Rich, a wealthy-hedge fund manager facing charges of tax evasion, wire fraud and racketeering. His wife had donated over $1 million to the Democratic Party and over $100,000 to Hillary Clinton’s campaign for US Senate.

For improper access to FBI files, the Independent Counsel Kenneth Starr exonerated both Bill and Hillary Clinton. However, Craig Livingstone, the Director of the White House's Office of Personnel Security, resigned from office, and Ken Starr proceeded with other charges that were part of Clinton’s impeachment.

The pardon of Marc Rich was investigated, and federal prosecutor James Comey found nothing illegal.

However, these and other controversies from Clinton’s presidency followed Hillary Clinton and arguably stained her reputation in her two failed bids for President.

During the Obama administration, the IRS targeted conservative groups for additional scrutiny that had the impact of delaying or preventing the approval of a tax-exempt status. While the IRS also used keywords that could identify left-leaning organizations, the emphasis and impact was on right leaning groups (as later confirmed by the Treasury Inspector General and condemned by President Obama).

The Justice Department found no evidence of partisan or corrupt motives. They concluded it was a serious mistake by some IRS officials that must be corrected. Still, many saw this as the Obama administration targeting political opponents with the power of the federal government.

Conservatives would also point to two other cases as abuse of power, while progressives might disagree.

Officials at first falsely claimed that the attack in Benghazi on the anniversary of 9/11 was not a planned terrorist attack. Obama and other officials over the next weeks continued to emphasize this false idea even after more facts were known. Some called that an abuse of power to use government officials to intentionally mislead Americans for political purposes on the eve of a presidential election. Others saw these reports as being innocently mistaken or wisely cautious.

Later, the FBI investigated potential links between the Trump campaign and Russia. Trump’s charge that the government sent a spy into his campaign has been debunked, but there was an investigation. That raised concerns about political motives for some while others believe it was proper.

Due to the IRS targeting controversy, Lois Lerner resigned. The Obama Administration’s Justice Department concluded its investigation finding substantial evidence of mistakes and mismanagement, “[b]ut poor management is not a crime.” They also found no evidence of partisan or corrupt motives.
There were no other substantial direct consequences for Barack Obama. Some would say this indicates a mostly scandal-free administration. Others disagree and are concerned that much of our news media failed its job by giving him a pass.

Overall public trust, however, did remain low and drop a little further. While public trust in government dropped most dramatically under Nixon, it has been lower during the last 12 years than it was even when Nixon resigned.

How will we look at Trump’s alleged abuse of power in the future?

Even before Trump entered office, presidential activities, partisan media coverage, and fractured public opinion lowered the public’s trust and confidence in our institutions, and lowered the bar of what we expect from our public servants or what we are willing to forgive.
Some will see the phone call between Trump and Ukrainian president Volodymyr Zelensky as a horrible example of abuse of power and a smoking gun. Or they might see it as the last straw on top of other allegations of impropriety.

Others might see it as no different or perhaps not as bad as the partisan investigations and harassment Trump has already received. And they will point out that there were already investigations into Hunter Biden’s activities.

Hang on for a very bumpy ride. The nation has gone through controversies like this before, and it will not be pretty.

John Gable is the CEO of AllSides. He is the author of a patent for measuring and displaying bias, and previously worked at Microsoft and Netscape. He has a Lean Right bias.