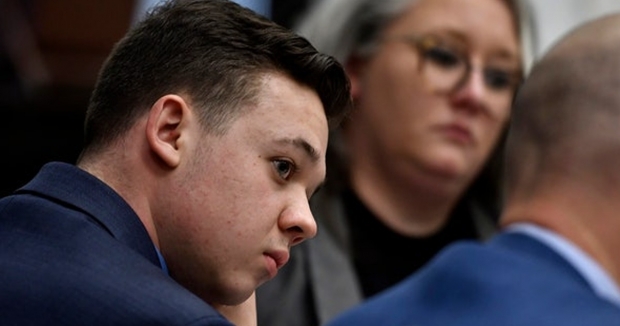 You may think of Kyle Rittenhouse as a villain, or as a hero. You might regard him as a vengeful vigilante out to wreak havoc, or a courageous citizen looking to protect a besieged community. I see a frightened and confused teenager who got himself involved in something much bigger and more dangerous than he could have possibly understood, with fatal and tragic consequences.

It’s been noted frequently that Rittenhouse was not found innocent. Rather, a verdict of not guilty simply means that his acts of violence did not surpass the very precise legal standard of self-defense that protects many of those who use deadly force when they believe they are facing the threat of death or great bodily harm. The jury made a legal decision, not a moral one.

It’s beyond unlikely that anyone on either side of this debate is going to change their initial opinion of the verdict. But this trial is yet another reminder of how polarized and deeply divided a nation we have become. It’s a mark of how wide that philosophical chasm has grown that there is no serious conversation taking place about whether a tragedy like this one can provide the opportunity for learning and growing and healing, for recognizing that there are still common bonds of humanity that link us together despite our partisan and ideological differences. The reason those conversations aren’t taking place is because most of us know how futile they would be. That is, if the thought even occurred to us at all.

But imagine even the slightest of possibilities that someone who disagrees with you on the verdict is neither stupid or evil. Maybe it’s worth entertaining the idea, if only for a moment, that while there are angry and vile haters on the far extremes of the other side, that most of the people over there are good and decent people who want to live in safe and trusting communities much as you and I do. And that they despise senseless violence just as much as us, but have simply come to a different conclusion about the intricacies of Wisconsin statutes on gun possession and self-defense.

Admittedly, we currently live in a much different and less forgiving world than that one. And it is difficult to envision how long and complicated a path we would have to navigate to arrive at a point where those conversations would not be pointless, let alone productive. But once we’re done hurling invective and insults at those who disagree with us, it might be worth at least some time considering what we might be able to do to shrink that divide, maybe not to make it disappear completely but at least make it a bit easier to cross should we ever be of a mind to try.

The early reaction from the nation’s political leaders was not encouraging. The president issued a statement that was somewhat conciliatory but not especially emphatic. The vice president was resentful and barely made an effort to conceal her anger. Most members of Congress weighed in predictably, reinforcing the existing beliefs of their parties’ loyalists and building the walls even higher. And the former president stoked the fires with applause so fervent that it is a virtual certainty that the cultural war ignited by the case will continue to rage.

Most of us know better than to look to Washington for serious efforts toward conciliation any more. So the question becomes whether the possibility exists for any meaningful efforts toward bridge-building to originate from outside the Beltway. Rather than waiting for Biden and Trump and Pelosi and McCarthy to begin that conversation, perhaps there are ways for us to attempt some outreach without them.

But that will require us to move beyond our ideological comfort zones and taking the risk to talk to people with whom we disagree. That runs directly in the face of human nature, which encourages to seek out the safety provided by those who can reassure us how right we are. But maybe it’s worth the effort — before another teenager kills again.