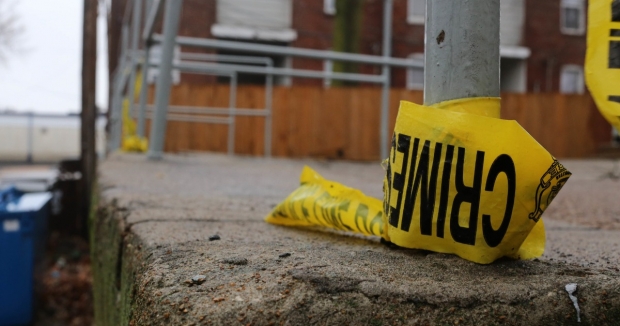 Even by presidential standards, this week has been a particularly hectic one at the Biden White House. Take Wednesday, for example:

It was the day after the Democrats’ high-priority voting reform bill had been filibustered to death. The two parties were also on the verge of reaching an agreement on critical infrastructure legislation and President Biden was preparing to meet with the negotiators to try to finalize his first big bipartisan accomplishment. So what did Biden talk about in his featured speech that day? He talked about… crime.

To understand the president’s messaging decision, it would be helpful to know about another important political event that had taken place the previous day. In New York City’s mayoral election, voters appear to have chosen a former police captain as the city’s next leader.

The election took place slightly a year after the nation’s cities had been roiled by protests after the deaths of George Floyd and Breonna Taylor. While discussion over police reform has continued throughout the country (and Congress seems close to an agreement on legislation that would require significant changes to law enforcement procedures), the more strident calls for abolishing or dramatically diminishing the role of police have largely faded. As the rates of murder and other violent crime have risen, the debate has often reversed itself in many large cities, as many working-class and minority communities have made it clear that they prefer a continued police presence to keep them and their families safe.

The current increase in homicides and other violent crime is unusual, as most cities have not seen a corresponding rise in property crimes. But even while overall crime rates are still lower than in the late 20th century, voters in New York and around the country are beginning to turn back to the issue for the first time in a generation. This shift in public focus was the major contributing factor to the likely victory of Eric Adams, the African-American Brooklyn borough president and former police captain, in New York’s mayoral election. As the crime debate gradually took over the campaign, only one progressive voice for police reform, former City Hall counsel Maya Wiley, was able to finish in the top tier along with a group of relative moderates.

Biden has long understood the value of crime and public safety policy to Republican candidates and the importance of not allowing his GOP opponents to argue that Democrats can not be trusted on these issues. His roots are in the Rust Belt working class for whom law enforcement and safety have always been central to the political and societal conversation. In the 1990’s, he worked with then-President Bill Clinton to pass a tough-on-crime legislative package from which he has since distanced himself, but in that era allowed Democrats to reclaim the political center.

Even in last year’s campaign when Biden worked to demonstrate his belief in social and racial justice in the aftermath of Floyd and Taylor’s deaths, he carefully distanced himself from the more dramatic calls for change that many among his party’s progressive base embraced. He notably rejected the calls to “defund the police” that were resonating at that time and rejected the either/or approach for which voices on both ends of the political spectrum were pushing. Even while facing the disappointment of many of his younger and more progressive supporters, Biden was determined not to allow the Trump campaign to paint him with the same brush.

Biden knows that while Democrats don’t need to be seen as being as tough on crime as Republicans, they do much better when voters believe that they are tough enough to be entrusted with the public safety. So in a week in which Washington was abuzz over many of his administration’s top policy goals, Biden knew enough to take the time to address the rise in violent crime and to outline a package that includes measures on gun violence and community programs, but increased police funding as well.

The president’s advisors know that his re-election will depend largely on his handling of COVID-19 and economic recovery. They recognize that he has ambitious goals on climate change, immigration and many other policy fronts. But their boss understands that being tough — enough — on crime will offer him necessary political protection when he faces the voters again.

Want to talk about this topic more? Join Dan for his weekly webinar “Politics In The Time of Coronavirus” on Tuesday mornings at 11 AM PST. You can register for it here. Or read more of Dan’s writing at: www.danschnurpolitics.com.