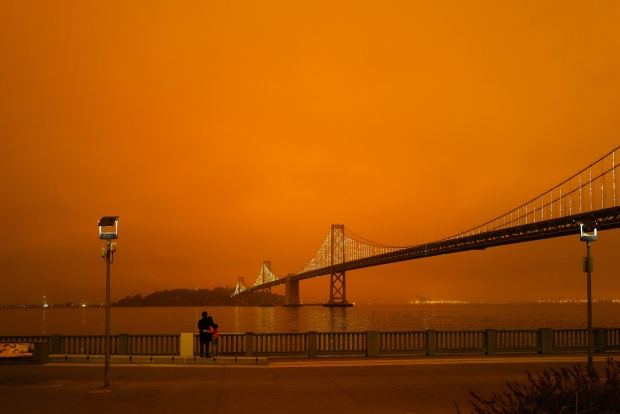 Remember when climate change was an issue in the presidential campaign?

Admittedly, it’s been awhile. For most of the primary season, Democratic candidates jockeyed to demonstrate the depth of their commitment and the scope of their proposals on the campaign trail. But then the nomination fight concluded, the coronavirus shut down America, a deep recession devastated the economy, and the deaths of George Floyd and Breonna Taylor led to a nationwide discussion of race relations, police reform and public safety.

By the time the respected Pew Research Center came out with a survey last month asking voters to prioritize the issues most important to them in the campaign, climate change ranked eleventh of twelve, which suited both candidates just fine. Donald Trump continues to dismiss scientific consensus to argue that climate change simply does not exist. For his part, Joe Biden has laid out an aggressive plan to confront the challenge, but it is not nearly as ambitious as the progressive base of his party demands. Because Biden also must attract support from Rust Belt swing voters who are wary of the economic impact of such measures, he has not gone out of his way to highlight the issue either.

But that all changed this week, as a result of the historic wildfires that are laying waste to much of the Pacific coast. It’s not clear which was a bigger surprise: Trump showing up in heavily Democratic California or climate change policy making an equally unexpected appearance in the campaign dialogue. But this is the last we are likely to see of either phenomenon for some time.

Trump had not publicly commented on the devastation caused by the fires for weeks, but he flew to California on Monday for a briefing from state officials on the extent of the existing damage and continuing threat. Biden used the occasion of Trump’s visit to deliver a speech in which he assailed the president for his unwillingness to address the climate change threat. Trump blamed the fires on poor forest management, Biden called him a “climate arsonist”, and by the following morning both campaigns had moved on.

Both events were unusual, to say the least. Trump had not traveled to California since February, and Biden had not talked at length about environmental issues since securing the Democratic presidential nomination in March. And the sudden reappearance of the topic served mainly as a reminder of how absent it has been from the general election campaign.

But both Trump and Biden extracted maximum political value out of this fleeting encounter. Trump was able to play the role of concerned commander in chief during his brief visit, and then he was free to go back to other parts of the country to ridicule California to his most loyal supporters. Biden got the chance to reinforce his climate change credentials to swing voters and to paint Trump as uncaring and out of touch. For both candidates, the fires were as much a political prop as an opportunity to debate public policy.

But the low profile of climate change policy is nothing new. Even here in deep-blue California, Gavin Newsom did not prioritize the issue in his campaign for Governor two years ago, instead emphasizing health care, early childhood programs and higher education. This year, his pre-pandemic focus was on affordable housing and homelessness, not greenhouse gas emissions. While Newsom has consisted advocated policy changes to reduce the use of fossil fuels (and has recently called for an accelerated shift to carbon-free fuels before the state’s 2045 deadline), it has not been a high-profile legislative goal since taking office.

A similar dynamic exists in national politics. While every Democratic candidate supported sweeping climate policy, of the two who built their campaigns around the issue – Washington governor Jay Inslee and businessman Tom Steyer – received little attention and less support. Their competitors argued over various iterations of a Green New Deal, but there is little evidence that debate moved many votes.

Lots of people – most people – care about climate change. The question is how much. Voters and their elected representatives care enough to push for the expansion of alternative energy sources and to crack down on emissions by public utilities and large industrial interests. But the next steps are going to be much harder – and a committed activist base will need to find a way to dramatically broaden their support to keep the issue from fading from the minds of those voters who are not watching wildfires burn from their front yards.

This piece was reviewed by AllSides News Editor Micaela Ricaforte. She has a Center bias.