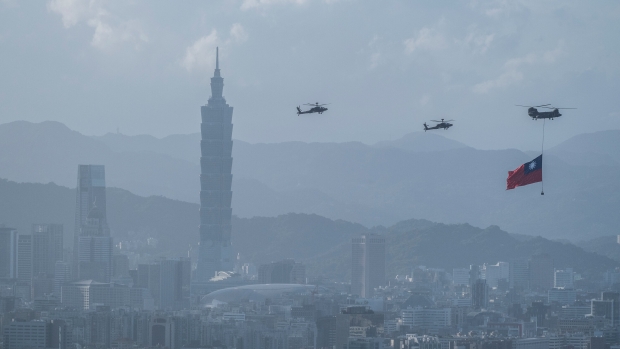 As Russia’s war on Ukraine enters its sixth month, as our country’s domestic policy debates over inflation, immigration and abortion intensify, and as the multi-episode spellbinder that the January 6 hearings have become breaks for a summer intermission, even the most attentive American voter could be excused for not spending very much time thinking about China. But that’s about to change.

It’s not as if these other issues are going to be resolved anytime soon. But what the Biden Administration has correctly identified as our most significant global threat is about to reemerge in our collective consciousness. China never went away, of course, but it will soon be much harder to ignore for a number of reasons and will create yet another set of complications for a White House that is already juggling far too many balls with far too few hands.

Much of this has to do with Taiwan. Just as our international attention has been focusing on Eastern Europe, China’s leaders have been watching how the U.S. and our allies have responded to Russia’s invasion very carefully as well. In the war’s early stages, the Chinese appeared to be taken by surprise at how effectively NATO had unified on behalf of Ukraine and many observers speculated that such an well-coordinated response to Russian aggression might give China pause at it considered similar aggression toward Taiwan. But as small cracks have become evident in the U.S.-led coalition, China has appeared to become more emboldened. Their military activity in the air and water surrounding Taiwan has increased noticeably, and the White House’s early efforts to convince Beijing to join the economic sanctions against Russia have given way to gradually louder warnings from Biden advisors about China’s assertiveness in the region.

These heightened tensions are taking place at the same time that Congress is getting ready to act on a bipartisan China competitiveness package. Earlier this month, it appeared that the bill would be reduced to a narrower measure subsidizing the production of U.S.- based silicon chips. But after classified national security briefings from Biden administration officials, it appears that the final legislation will include broader steps to confront China on trade and economic matters.

Much of this geopolitical jockeying will come to a head in the next few weeks, as House Speaker Nancy Pelosi prepares to lead a congressional delegation to Taiwan. Chinese leaders have made it clear that they consider a visit from such a high-ranking American leader to be a violation of all sorts of international protocols and have been issuing increasingly bellicose threats about the potential consequences of such a trip. Biden may have inadvertently famed the flames of the disagreement last week when he said that the U.S. military thinks Mrs. Pelosi’s Taiwan trip is “not a good idea right now.” While the president was careful not to voice his own feelings on the matter, this is the same man who has now overstepped American policy toward Taiwan on three different occasions since taking office.

Each time Biden has verbally committed to defending Taiwan in the event of Chinese aggression, the White House has walked back his statement and reinforced the more ambiguous “one China” policy that has long been the U.S. government’s official position in the region. But Beijing has paid close attention to Biden’s messaging and they are convinced that he is willing to use military force on Taiwan’s behalf. So while the president did not say that he personally objected to Pelosi’s prospective visit, invoking the military was clearly intended to send a strong cautionary message to the speaker – and to China.

Now both Pelosi and Biden are in somewhat of a bind. If she does not travel to Taiwan, it looks like the United States is giving in to Chinese threats. If she does go, it both runs the risk of inflaming tension between the two superpowers to even higher levels and also weakens Biden domestically in the weeks leading up to the midterm elections.

Either way, China is about to be front-and-center once again in American foreign policy conversations. But in fact, that’s where it really has been all along.