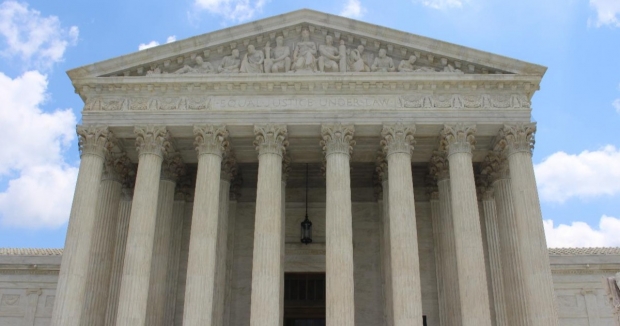 The era of small government is over.

Technically speaking, there was never really an era of small government in modern America history. It was more of a rhetorical device and overall attitude toward government spending than a set of policies that were ever enacted. But when Bill Clinton used his 1996 State of the Union address to declare “the era of big government is over”, the overriding political belief that government was too large and intrusive which had begun with Ronald Reagan’s election in 1980 reached its greatest level of influence and acceptance. While progressive Democrats never yielded from their conviction that a larger and better-funded government was preferable, the party’s presidential nominees over the last quarter of a century have generally accepted that premise and framed even their more ambitious spending proposals in the context of fiscal responsibility.

But as Joe Biden has called for the most aggressive expansion of government in more than a half a century, he has implicitly rejected the conventional wisdom of public sector restraint that has shaped national political debate since Lyndon Johnson’s Great Society programs of the 1960’s. Republicans, who signed off on much of Donald Trump’s budget-busting agenda over the last four years, can no longer credibly argue about the dangers of large-scale deficit spending and have targeted Biden’s proposed tax increases and his immigration legislative package instead. The few remaining Democrats who talk about fiscal responsibility are unlikely to offer meaningful resistance either. But even if the scope of Biden’s agenda is scaled back over months of congressional negotiations, the president has still fundamentally reframed the debate over government spending and growth in a way that is unlikely to be reversed in the foreseeable future.

American history is replete with watershed moments in which the country’s overall philosophical direction shifts because of real-world events. Not surprisingly, the most recent example of U.S. voters embracing a dramatic expansion in the role of government also came during a horrific economic downturn. The Great Depression not only laid the groundwork for Franklin Roosevelt’s election but for his sweeping domestic agenda of the New Deal. Americans who were struggling to feed their families turned to government for help: the result was a basic reassessment regarding the types of services that government should provide for its citizens.

To a large degree, those expansive attitudes have dominated public discourse ever since. But while Reagan’s election did not lead to a withdrawal of most of those services, it did lead to some cutbacks. More importantly, his presidency represented a shift in public opinion about whether the public sector should continue to expand. That longtime bipartisan caution toward government spending appears to have now largely dissipated, as a result of the combined impact of the Great Recession of the early 21st century and the economic fallout caused by the coronavirus pandemic.

The disconnect between the president’s big ambitions and small congressional majorities mean he will not get everything he wants. But Biden, who ran for office as a self-described transitional president, understands that the forces of history have aligned in favor of a much more aggressive approach to governance. He frequently speaks of FDR and JFK and sees his ambitions in similar terms to those of the 1930’s and 1960’s. If Biden is right, we are experiencing a pivot point in our country’s history. The era of big government – measured from Roosevelt’s election to Reagan’s – lasted for almost fifty years. The era of small government, which began in 1980, now appears to be drawing to a close on a similar timeline.

Will Republican presidential candidates be forced to adopt the more accommodationist philosophy that Dwight Eisenhower and Richard Nixon relied on to help them attain the White House during the post-FDR era? Or will they dig in with a renewed fervor on behalf of more traditional conservative anti-government sentiment? Either way, it appears that the ideological winds in America have shifted – and Biden clearly feels like those winds are at his back.

Want to talk about this topic more? Join Dan for his weekly webinar “Politics In The Time of Coronavirus: https://lawacth.force.com/LightningMemberPortal/s/lt-event?id=a1Y3h00000... . Or read more of Dan’s writing at: www.danschnurpolitics.com.