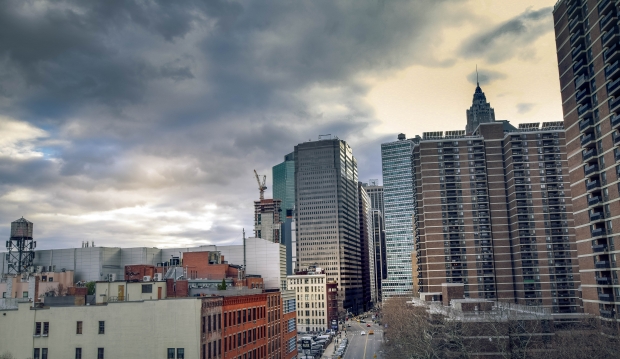 There are about 4 million people in the state of Georgia. The population of China is approximately 1.5 billion. For a growing portion of the American business community, the dividing line between principle and profit might be somewhere in between.

Ever since Georgia’s Republican-controlled state legislature passed a bill last month that rewrote the state’s voting access laws, they have faced fierce criticism not only from Democrats and social justice advocates, but from a noticeable number of the nation’s largest business interests. In-state corporate stalwarts Delta Airlines and Coca-Cola led the charge, and by earlier this week, hundreds of business companies and leaders had signed on to a letter condemning efforts to restrict voting access.

Most U.S. businesses have limited their disapproval to Georgia’s election laws to verbal admonitions. But Major League baseball commissioner Rob Manfred moved the sport’s summer All-Star game out of Atlanta to the blue state of Colorado, and actor Will Smith has announced that he would relocate his latest movie project. Civil rights groups are calling for other sporting events and entertainment projects to boycott Georgia as well.

The Georgia law and similar proposed legislation in 46 other states has been the subject of ferocious debate across the country. Corporate chieftains, sporting magnates, and movie moguls -- whether motivated by conviction or customers or a combination of both -- have every right to take sides in such arguments. But in the months ahead, those same interests will be under extreme pressure to similarly denounce much greater atrocities that are committed half a world away.

Next February, thousands of the world’s greatest athletes are scheduled to gather in Beijing for the 2022 Winter Olympics. The Games would receive an immense amount of intention from across the globe even under more normal circumstances, but given the increasingly likelihood that this summer’s already-postponed Tokyo Olympics will either be cancelled or greatly diminished, the level of enthusiasm from a worldwide audience will be even greater. Since countries that stage the Olympics tend to bask in the Games’ reflected glory, China stands to benefit tremendously from their role as host.

But China has been on the receiving end of much less flattering attention from most of the planet, because of its abysmal and worsening record on human rights. Hong Kong is an outrage, Taiwan is a looming confrontation, but the treatment of the Uighur Muslim minority in the Xinjiang region of Northwest China is an atrocity of historic scope. The Georgia state legislature changed the rules of voting access. By contrast, the Chinese government (which does not permit meaningful elections) is running a campaign to forcibly assimilate an ethnic and religious minority through mass detentions in reeducation camps, forced labor, involuntary sterilizations, torture and rape. Both the Biden and Trump administrations have rightly called out this brutality as genocide.

The logical question to ask Georgia’s critics is whether they are as angered by the mass scale barbarism taking place in Northwest China as they are by changes in voting access laws in this country. This is not to minimize their unhappiness with the legislative debate here, but only to suggest that their currently level of motivation to speak out can be matched on a world stage as the Beijing Olympics draw closer. The argument about whether the United States and other countries should refuse to participate in the Games to exhibit disapproval to China’s behavior will intensify greatly between now and next February. With any luck, those who have turned their wrath on Georgia’s legislative process this year will soon direct it toward China’s savagery.

The reaction of American and global business leaders to the pre-Olympic protests will be instructive. As noted earlier, there are more than one billion potential customers on the Chinese mainland, most of whom can only purchase products that are allowed by their government. That government has made it clear to the international corporate community that they feel no obligation to allow their critics to sell merchandise to China’s citizenry. A marketplace of that enormous size may be sufficient incentive for the world’s business leaders to set aside their principles until the Olympics are past. But maybe the same corporate chieftains who have been sensitized to the protests in Georgia will listen to worldwide outrage about an oppressed Chinese minority facing a choice between reeducation and extinction.