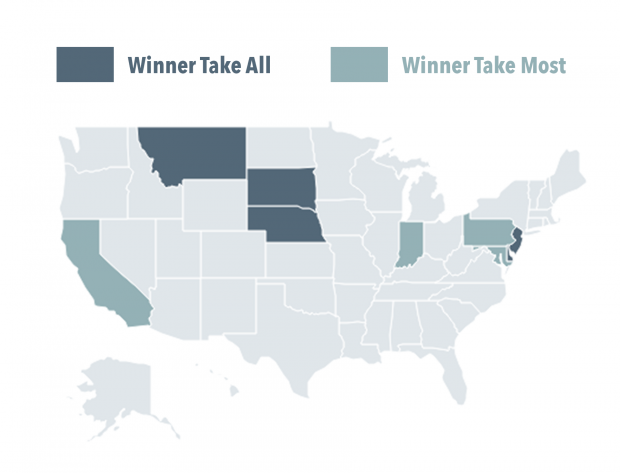 Donald Trump had a big night Tuesday night. But he had an even bigger night with delegates because of the GOP delegate rules.

Winning an impressive 57% of all the votes cast, he received 95% of the delegates. That's because 4 of the 5 states had either "winner-take-all" or "winner-take-most" primaries. The GOP delegate rules are favoring Trump.

Despite all the complaints, the GOP delegate rules initially favor the Trump campaign, so far giving him 90 more delegates than he earned from the popular vote. That might be enough to win the nomination, putting him over the 1,237 magic number needed to win outright.

Previous to Tuesday's primaries, Donald Trump had 53 more delegates than he would have earned from a pure "one-person, one-vote" system, moving him closer to the majority he needs to win the nomination on the first ballot at the Republican convention. Ted Cruz has earned even more delegates beyond the popular vote, but they only come into play if Trump fails to win the nomination outright on the first ballot. For a more complete breakdown prior to Tuesday's primary, see my editorial "Delegate Rules Actually Help Trump" on The Cook Political Report.