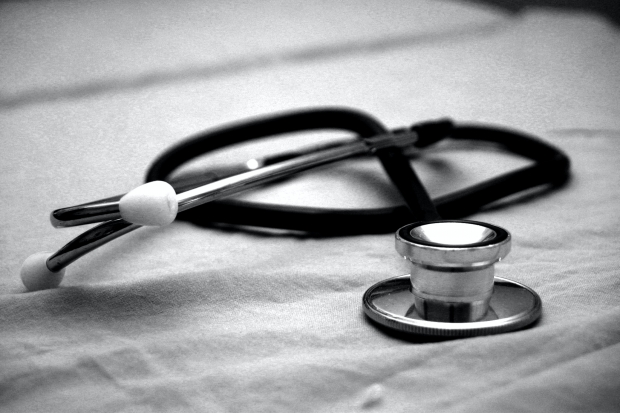 This article is part of our "Trump vs. Biden" Perspectives Blogs series, in which we'll analyze and explain each candidate's positions on major issues leading up to the 2020 presidential election. This blog will examine each candidate's stances on matters pertaining to abortion and reproductive rights.

Joe Biden’s stance on abortion has largely shifted since the 1980s when he voted against federal funding for abortion. In 2020, Biden’s campaign pledges to codify Roe v. Wade, put an end to state restrictions on Roe, restore federal funding for organizations providing abortion, and overturn Trump’s global and domestic gag rules. Earlier this month, Biden said he would make abortion “the law of the land” if Roe v. Wade were overturned.

Once a pro-choice Democrat, Trump currently opposes Roe v. Wade, and supported efforts to make the Hyde Amendment permanent. He has also reinstated the global gag rule and blocked organizations that provide abortions from obtaining Title X funds. In September, Trump announced an executive order protecting infants who survive abortion. Trump’s campaign pledged to appoint justices who would vote to overturn Roe v. Wade. Last month, Trump nominated Amy Coney Barrett to the Supreme Court, whose previous stances on abortion have convinced some that she’ll vote to overturn Roe v. Wade if she is appointed. However, Barrett maintains she has ‘no agenda’ with Roe v. Wade.

Former Vice President Joe Biden, who has long deflected when it came to questions about his stance on abortion policy, supported a constitutional amendment that would enable states to overturn Roe v. Wade in the 1980s. In 2006, he said he did not support federal funding for abortion and voted against partial birth abortion, though he voted for no restrictions on abortions under Roe v. Wade. "I do not view abortion as a choice and a right,” Biden said in 2006. “I think it's always a tragedy, I think that it should be rare and safe, and I think we should be focusing on how to limit the number of abortions.”

In 2020, his stance has largely shifted. Biden dropped his support of the 1977 Hyde Amendment last year, which blocks public funding of abortion under Medicaid, except in cases of incest, rape, or if the pregnancy is a danger to the mother's life. In June, he praised the Supreme Court for its decision to strike down June Medical Services v. Russo, a Louisiana court ruling that requires doctors who provide abortions to have admitting privileges at a local hospital.

The Biden campaign’s Women’s Agenda pledges to codify Roe v. Wade and to put an end to state laws that place restrictions on Roe v. Wade. Currently, more than 20 states are poised to ban abortion if Roe v. Wade is overturned. States including Florida and Mississippi have implemented abortion limitations this year. Biden’s public option healthcare agenda would build on the Affordable Care Act, which provides preventative care and contraceptives . His plan would also restore funding for Planned Parenthood clinics by reissuing guidance specifying that states cannot refuse Medicaid funding for Planned Parenthood and other providers. Biden also received endorsement from Planned Parenthood for the 2020 election.

Biden has also promised to reverse the Mexico City policy, known as the global gag rule, which President Donald Trump reinstated. It blocks U.S. aid to international organizations that provide information about abortion. Biden also said he would overturn the “domestic gag rule,” which was created under the Trump administration and blocks organizations that provide abortions or abortion referrals from obtaining Title X funds. If Trump’s Supreme Court nominee Amy Coney Barrett is appointed, some expect her to vote to overturn Roe v. Wade . Biden has pledged to only appoint justices who would uphold the ruling. Earlier this month, Biden said he would make abortion “the law of the land” if Roe v. Wade was overturned.

President Donald Trump opposes Roe v. Wade , and supported the U.S. Senate’s effort to make the Hyde Amendment permanent. He has also sought to place restrictions on abortion-inducing drugs mifepristone and misoprostol, which are used to induce abortions nonsurgically up to 10 weeks into pregnancy.

The Trump administration reinstated the Mexico City policy, known as the global gag rule, which blocks U.S. aid to international organizations that provide information about abortion. Trump also created the “domestic gag rule,” which blocks organizations that provide abortions or abortion referrals from obtaining Title X funds . In 2019, Trump tweeted that he would take the same stance Ronald Reagan took — “strongly Pro-Life, with the three exceptions - Rape, Incest and protecting the Life of the mother.” In September, Trump announced an executive order protecting infants who survive abortion .

Once a pro-choice Democrat who committed to not banning abortion if elected to public office, Trump shifted his views on abortion as he began considering a political campaign in 2011. In an interview with CBN, he said his views shifted when he spoke with a friend about their experience nearly having an abortion. In 2011, he described himself as pro-life , and said he would appoint judges that “feel the way I feel.” In a 2016 debate, Trump said Roe v. Wade may be overturned “automatically” if his selected justices were appointed to the court. Last month, Trump nominated Barrett to fill the seat of the late Justice Ruth Bader Ginsburg. Barrett’s Catholic background and previous stances on abortion have convinced some that she’ll vote to overturn Roe v. Wade if she is appointed; Barrett hasn’t confirmed or denied how she’d vote on the case.

Trump has described Biden’s stance on abortion as extremist, accusing he and Democrats of supporting “abortion on-demand, up until the moment of birth, and even infanticide -- leaving babies to die after failed abortions.” Fact-checks have cast doubt on these claims. He at one time called for women who have abortions to face “some form of punishment,” then clarified and said the doctors or practitioner should face penality, not the patient.

Photo by Hush Naidoo on Unsplash.