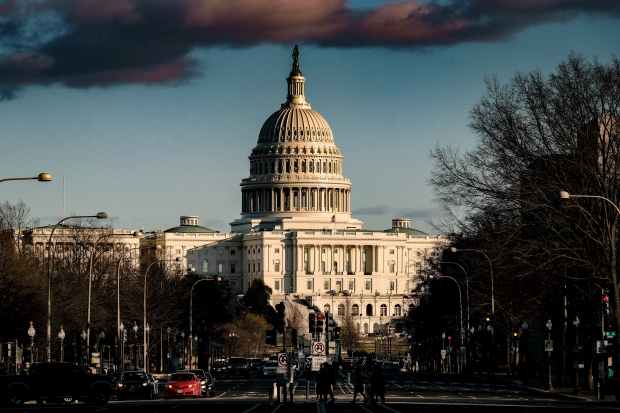 Hundreds of thousands of people attended the student-led "March for Our Lives" rallies across the country in support of gun control after a shooting in Parkland, Fla. left 17 people dead. Many supporters praised the youth organizers' efforts towards gun reform, while detractors argued that, while there are areas where both sides agree, many proposals for increased gun control infringe on Second Amendment rights and don't actually make Americans safer.
Take a look at some other big stories this week: Former Supreme Court Justice Proposes Repealing the Second Amendment, Citizenship Question Will Be Reinstated in 2020 Census, and Trump Signs Spending Bill.
Snippets from the Left
The March for Our Lives Presents a Radical New Model for Youth Protest
The New Yorker
"There was, in short, so much consensus about the message of the student movement that it has to be one of the least anti-establishment social movements in American history. What the student leaders seem to be saying is that they don’t want trouble, and, had a person not arrived at their school with a gun, they would have kept their heads down and scored high on their S.A.T.s. They have been as polite and as popular as protesters can hope to be, and yet the establishment has continued to prove reluctant to change.
...
As tens of thousands of people descended on the Capitol to demand measures such as universal background checks and a ban on assault rifles that lawmakers would likely continue to ignore, most of those lawmakers left town. Two days before the march, Jaelynn Willey, a sixteen-year-old student at Great Mills High School, in southern Maryland, died, of the injuries she sustained after another student shot her at school.
...
Before the rally, the student speakers came out for twenty minutes of intense questioning. The Parkland students were now joined by a coalition of speakers from all over the country, an effort to emphasize that the weak gun laws that result in school shootings also cause the everyday gun violence to which Americans have shown themselves inured. 'We’re seeing all these people coming out under one cause; it’s really empowering, it’s really incredible to see,' Delaney Tarr said. 'It is a lot, but it’s a good version of a lot.'"
Snippets from the Center
Thousands Join ‘March for Our Lives’ Protests Against Gun Violence
Wall Street Journal
"In the aftermath of the shooting—the worst school shooting since 2012, when 26 children and staff were gunned down at Sandy Hook elementary school in Newtown, Conn.—students in Parkland began mobilizing a gun-control movement to try to prevent future school shootings. Last week, an estimated 1 million students walked out of schools across the U.S. in a 17-minute-long protest against government inaction on gun control and for school safety.
In response to the massive outpouring for gun-control, pro-gun advocates held demonstrations to coincide with the March for Our Lives. A group called Defend the Second Amendment rallied in cities including Los Angeles and Boston, which organizers say opposes 'bans on so-called assault rifles.'
...
Families came. School and church and synagogue groups came. Many schoolchildren came, saying they were marching to show support and admiration for the Parkland students, and because they were scared their schools might be next."
Snippets from the Right
Surprise, Surprise: March For Our Lives Once Again Shows Why The Left Can’t Be Trusted On Gun Control
Townhall
"There are areas where gun control activists and the pro-Second Amendment camp can meet. There are gun violence protective orders; keeping guns out of the hands of criminals, domestic abusers, and the mentally ill. But we’ll never get there. It’s all a trap. Even bills that strengthen the National Instant Criminal Background Check System (NICS) are a dangerous game because if you give the Left an inch, they’ll take a mile.
...
First of all, let’s drop the myth that America is a shooting gallery. It’s not, especially in our schools, which are safer than ever. School shootings are still rare. Mass shootings are rare. Second, Fix NICS was part of the omnibus bill that was signed into law by President Donald Trump on Friday, so background checks have taken a step forward in being tightened. The NRA and the National Shooting Sports Foundation supported Fix NICS.
...
We know what the end game is with these people. After they’re done with the Second Amendment, the great progressive campaign to shred the Constitution of its institutional mechanisms that prevent mob rule through transient majorities will begin. And that’s when we cease, in my eyes, to be a country. This is merely the first round of a long battle. This is what’s at stake. The long war with the Left never ended. It was just an extended halftime. Just remember they can’t be trusted."
Discover more on this topic on AllSides.
Guns, Gun Control, Gun Rights, Story Of The Week, News