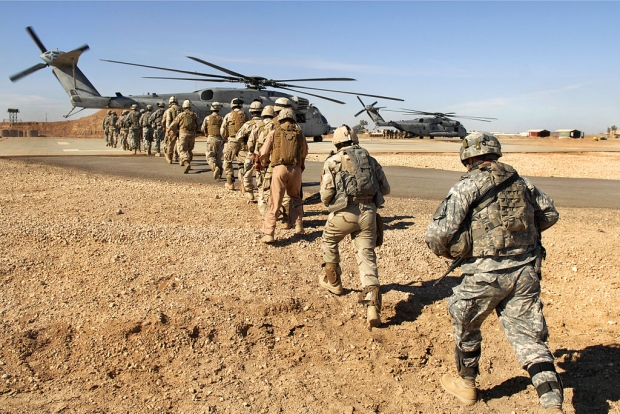 While the US has been running airstrikes against ISIS for many months, yesterday President Obama officially asked Congress for permission to use military force against ISIS. He asked for three years, and permission to send in Special Ops and other limited missions, as needed. Did he ask for too much or too little, and why? That is the question explored by our multi-perspective picks this week.

"'What do you intend to do and how do you intend to do it?' Mr. Cruz said. 'With regard to ISIS, we have not seen a seriousness of purpose. We have seen, instead, photo op foreign policy — a bomb here, a missile there.'
'The solution to ISIS is to hunt down and kill the terrorist leaders,' he said later. 'But when you have an administration that will not utter the words ‘radical Islamic terrorist,’ you have an administration that is unwilling to effectively design and implement a strategy to defeat radical Islamic terrorists.'
Mr. Cruz, who is weighing a run for president in 2016, called for 'immediately' arming the Kurds and stripping U.S. citizenship from people who join the fight with the Islamic State."
Snippets from the Left
Obama's big new resolution on ISIS is really about limiting presidential power

"Obama's proposed ISIS AUMF [Authorization for the Use of Military Force] doesn't alter the problematic 2001 AUMF. But it does take three important steps back from the brink of a forever war scenario.
…
It repeals the 2002 Iraq AUMF, which Bush sought separately from the 2001 resolution, establishing the precedent that these authorizations can and should be rescinded once their original purpose has expired.
…
Presidents deliberately trying to jolt Congress into limiting executive authority are very rare. But with his term in office coming to an end, Obama wants to do just that — with an eye toward limiting not just his own authority, but his successor's."
Snippets from the Center
White House aggressively courts Hill on war with ISIL

"Obama must thread the needle on a new war resolution: Democrats are antsy about anything that could lead to U.S. combat troops on the ground in Iraq and Syria, while hawkish Republicans are already pushing back against language that would restrict Obama from responding to an evolving conflict in a volatile yet critical region. How to write language that would allow ground troops in only specific circumstances, like personnel rescue, will be a major pivot point for an AUMF’s path to a House majority and 60 votes in the Senate."
Discover more on this topic on AllSides.