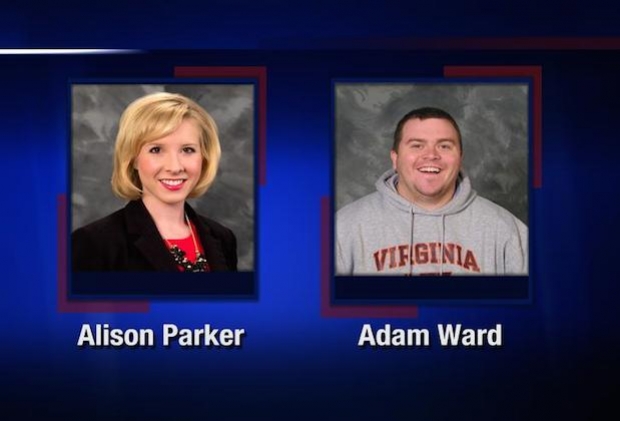 Two journalists from a Virginian TV news station were killed on Wednesday morning during a live outdoor broadcast. The shooting was captured on video, stunning the nation and triggering renewed dialog about guns and violence. What causes the US to have the highest mass shooting rate in the world and what - if anything - can be done about it? Today we bring you a few different perspectives we found on this topic.
Also see other news featured by AllSides such as Trump Tangles with Univision, World Markets Rebound and the latest AllSides News.
Snippets from the Right
The Truth About Guns in Virginia
TownHall
"First, McAuliffe's implication that Virginia doesn't have background checks is absolutely false. In fact, not only does the Commonwealth require background checks for guns sales but requires two forms of identification and lengthy paperwork before a purchase. Further, we still have no idea how the killer obtained the gun used in the crime, so all of the statements (which are really policy positions) above were made with zero relation or knowledge of the situation.
Second, McAuliffe, Clinton, the White House and Everytown have no interest in taking away guns from certain people, but instead want them taken away from all people.
…
In recent years, gun sales in Virginia have exponentially increased while crime, including crimes carried out with firearms, have significantly decreased."
Snippets from the Left
Father of Slain Virginia TV Reporter Urges Stricter Gun Laws
New York Times
“'I’m going to do something, whatever it takes, to get gun legislation, to shame people, to shame legislators into doing something about closing loopholes and background checks, and making sure crazy people don’t get guns,' Andy Parker, the father of Alison Parker, said Wednesday night on Fox News. 'This is not the last you’ve heard of me. This is something that is Alison’s legacy that I want to make happen.'
Thursday morning, on CNN, he said, 'I’m for the Second Amendment, but there has to be a way to force politicians who are cowards in the pockets of the N.R.A. to make sensible laws to make sure crazy people can’t get guns.'"
Snippets from the Center
Why the U.S. has the most mass shootings
CNN
"The country with the next-highest number of guns is India, with 46 million guns spread across a much larger population of more than 1.25 billion. India doesn't even crack the top five among countries with the most mass shootings.
The numbers do show that more restrictive gun laws make a difference. Lankford points to Australia as an example. The country had four mass shootings between 1987 and 1996. After those incidents, public opinion turned against gun ownership and Parliament passed stricter gun laws. Australia hasn't had a mass shooting since.
Is desire for fame a factor?…
'It's harder to quantify it, but I've been struck by research that shows that being famous is one of this generation's most important goals,' Lankford said."
Discover more on this topic on AllSides.
News, Shooting, Virginia