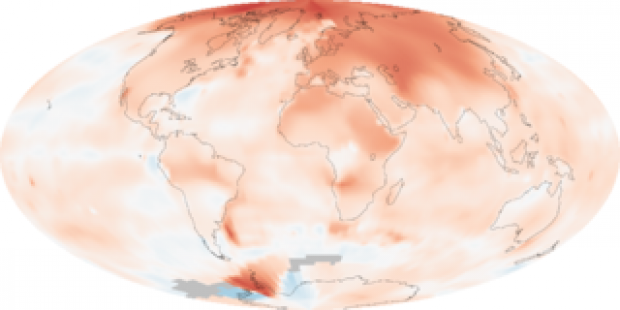 Chinese President Xi Jinping and President Barack Obama announced that both countries have agreed to reduce their greenhouse gas emissions over the next 20 years. The agreement states that the United States will cut its carbon emissions by 26-28% before 2025 and China will get 20 percent of its energy from non-fossil-fuel sources by 2030 and peak its carbon dioxide emissions in 2030. This week we bring you a multi-perspective glimpse of this news.
Snippets from the Right
Obama strikes climate change deal with China
Washington Times
It was unclear how feasible it would be for either country to meet their goals, and Mr. Obama’s pledge was sure to confront tough opposition from ascendant Republicans in Congress....
“Our economy can’t take the president’s ideological War on Coal that will increase the squeeze on middle-class families and struggling miners,” Mr. McConnell said. “This unrealistic plan, that the president would dump on his successor, would ensure higher utility rates and far fewer jobs.
Snippets from the Left
We Have A Deal: The U.S. And China Agree To Historic Emission Reduction Targets
Think Progress
The pledge will serve as a new and more ambitious commitment for United States to bring to the international community, as countries around the world prepare for the next round of international climate talks in Paris in 2015. Meanwhile, the European Union also reached its own recent internal agreement to cuts its emissions 40 percent below their 1990 levels by 2030. Which means all three of the world’s biggest emitters are now on record with new commitments to get their greenhouse gas emissions under control.
Snippets from Center
Republicans vow EPA fight as Obama touts China climate deal
Reuters
In brokering a high-profile pact with China, the Obama administration knew it would preempt one of the most often-cited arguments Republicans have used to argue against mandatory domestic carbon cuts: China will continue to pollute unabated.But even with China vowing to curb its carbon, Republicans were quick to question the validity of China's headline-grabbing pledge and used the announcement to rally the party as it prepares to lead Congress by promising to do what it can to rein in the Environmental Protection Agency, whose rules will achieve the bulk of promised emissions cuts.
Discover more on this story on AllSides.