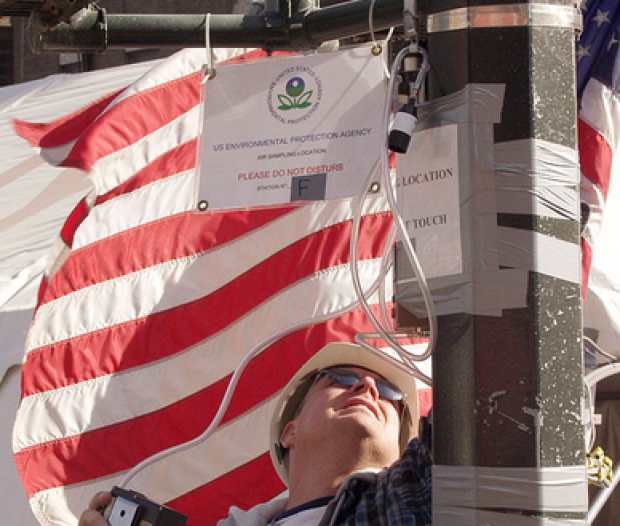 Before we get into our featured story, we have a question for you: wouldn't it be great to get all the top stories about your own state in the AllSides multiple-perspective format? If you happen to live in Utah, we've got good news! You can do that here.
Utah is our first region-specific Allsides site, created in collaboration with Salt Lake Civil Networks, and we are very excited about bringing AllSides to the state level. Check out Utah and let us know which state you want us to do next.
In other news, on Wednesday, the Environmental Protection Agency (EPA) presented new regulations to protect waterways and wetlands. While this story may not be the most attention-getting headline this week, the coverage we saw of it varied so much on different sides that we chose to spotlight it.
Snippets from the Left
Congressional Republicans are outraged that the EPA wants to protect our drinking water

"[EPA Administrator] McCarthy also took care to stress that the rule has been changed from the proposed version to clarify that it does not apply to ditches or groundwater, and that agriculture will continue to be exempted. The rule 'does not interfere with private property rights or address land use,' she elaborated. 'It does not regulate any ditches unless they function as tributaries. It does not apply to groundwater or shallow subsurface water, copper tile drains or change policy on irrigation or water transfer.'
'Farmers, ranchers, and foresters are all original conservationists, and we recognize that,' McCarthy said.
Farmers are nonetheless some of the strongest opponents of the rule, along with other business interests New York Times identifies as 'property developers, fertilizer and pesticide makers, oil and gas producers and a national association of golf course owners' — again, polluters that, under the status quo, are getting away with it."
Snippets from the Right
EPA unveils comprehensive water regs, critics decry 'power grab'

"The rule would clarify which smaller streams, tributaries and wetlands are covered by anti-pollution and development provisions of the Clean Water Act.
But the rules have run into deep opposition from farm groups and the Republican-led Congress. The House voted to block the regulations earlier this month, and a similar effort is underway in the Senate. Critics argue the rules could greatly expand the reach of federal regulators, making every stream, ditch and puddle on farmers' and others' private land subject to federal oversight.
'The administration’s decree to unilaterally expand federal authority is a raw and tyrannical power grab that will crush jobs,' House Speaker John Boehner, R-Ohio, said in a written statement following the rules release.
Snippets from the Center
Barack Obama's water war

"'This rule will provide the clarity and certainty businesses and industry need about which waters are protected by the Clean Water Act, and it will ensure polluters who knowingly threaten our waters can be held accountable,' Obama said in a statement after the EPA released a final version of the regulation. 'My administration has made historic commitments to clean water, from restoring iconic watersheds like the Chesapeake Bay and the Great Lakes to preserving more than a thousand miles of rivers and other waters for future generations. With today’s rule, we take another step towards protecting the waters that belong to all of us.'
But House Speaker John Boehner accused the president of delivering yet another devastating blow to the economy.
'The administration’s decree to unilaterally expand federal authority is a raw and tyrannical power grab that will crush jobs,' the Ohio Republican said in a statement."
Discover more on this topic on AllSides.
EPA, News 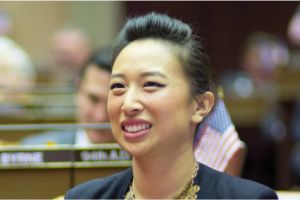