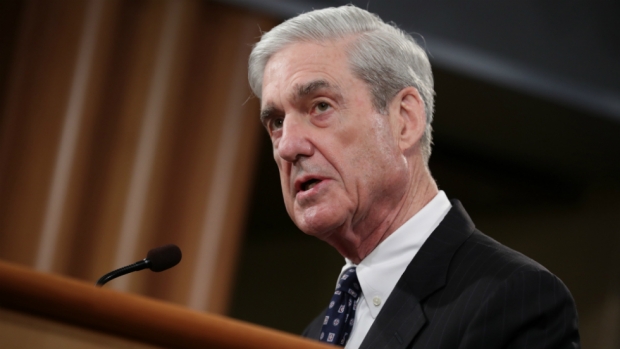 Special Counsel Robert Mueller held a press conference on Wednesday in which he urged Americans to read his report and said it was "not an option" to charge President Trump with a crime under Department of Justice regulations that bar the indictment of a sitting president.
Both sides agree that Mueller's comments were a nod to impeachment: "If we had confidence that the president clearly did not commit a crime, we would have said that," he told the press. Some said that Mueller's comments effectively show that Democrats should begin the impeachment process, while others accused the special counsel of being politically motivated and using a "guilty until proven innocent" standard.
Check out some other big stories this week: New Hampshire Abolishes Death Penalty, Overriding Governor's Veto in Bipartisan Effort; Federal Judge Blocks Part of Border Wall Plans; and Distorted Videos of Nancy Pelosi Spread Across Social Media.
Want to avoid an ALL CAPS screaming match? True argument is not a fight or screaming match. Follow these 5 tips for productive debate and argue skillfully — not angrily.

Mueller: Charging president with a crime was 'not an option we could consider'
The Hill
"Mueller, in a dramatic appearance at DOJ headquarters, said it would have been impossible to bring Trump to court and that his final report clearly spelled out that investigators did not conclude that the president was innocent of a crime."
Mueller says he could not charge Trump as Congress weighs impeachment
Reuters
"Congressional Democrats are debating whether to try to move ahead with impeachment in the Democratic-majority U.S. House of Representatives, even though the Republican-controlled Senate would be unlikely to complete the process outlined in the U.S. Constitution for removing a president from office by convicting him."
More Democrats call for impeachment after Mueller makes statement
BBC News
"He detailed 10 instances where Mr Trump had possibly attempted to impede the investigation, but said that charging the president with a crime was not an option for the special counsel."

Robert Mueller’s Parting Shot
Wall Street Journal Editorial Board
"Mr. Mueller would have better served the country and his own reputation if he had simply done what he claimed he wants to do and let his report speak for itself. Instead he has weighed in for the Democrats who want to impeach the President, though he doesn’t have to be politically accountable as he skips town. This is the core problem with special counsels who think they answer only to themselves."
The impeachment pipe dream
Washington Times Editorial Board
"The Mueller investigation made a perfect hash of Democratic wishes and dreams. Democrats were sure Mr. Mueller’s investigation would return a searing indictment that would set forest fires across not only the president’s administration but banish him to unpleasant nether regions, and ignite such public outrage even in Republican and right-leaning precincts that it would lead to a Democratic landslide in 2020 so great that a Republican wouldn’t show his face for years if not decades. Mr. Mueller didn’t come through.”
Mueller Just Proved His Entire Operation Was A Political Hit Job That Trampled The Rule Of Law
The Federalist
"There’s no longer any doubt about who Robert Mueller is or why he conducted himself the way he did. As abominable as his press conference was, we should in many ways be thankful that Mueller so willingly displayed for all to see his disdain for basic rules of prosecutorial conduct, his total lack of self-awareness, and his naked desire to stick it to Trump."
Discover more on this topic on AllSides.
Robert Mueller, Russia Probe, Donald Trump, US House, Impeachment, Story Of The Week, News